Dom Joly said he would have been wandering around Westminster with a 'Big Dog' costume and a suitcase full of booze if he was still in his stunt satire days. 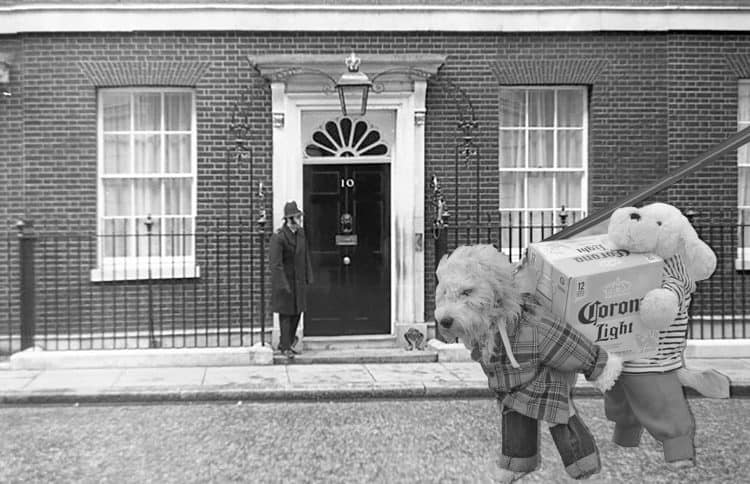 Boris Johnson has been given the social media treatment following reports that he referred to himself as ‘Big Dog’ in an internal Downing Street document.

The prime minister is in a fight to save his job after the Partygate scandal propelled Labour into a 10-point lead in the polls.

According to an Opinium survey, almost two-thirds (63 per cent) think Johnson should resign as the Conservative party leader, while just 22 per cent believe he should stay.

In response to the negative press, the PM is said to have hatched a plan to save his premiership – and he called it “Operation Save Big Dog”.

The plan, which will involve listing officials who could offer resignations after a series of lockdown-breaking parties have been revealed, has caused amusement among the general public.

“So embarassed to be from a country that elected a man who refers to himself in the third person as big dog,” writer James Felton said.

And Pro-EU campaigner Dr Mike Galsworthy warned the label will travel around the world’s media very soon and “earn thi country ample ridicule thanks to Boris Johnson yet again”.

“Would Berlusconi or Trump come up with anything so ridiculous?,” he asked. “Maybe, but they are possibly the only contenders.”

We’ve picked out the best of the reaction below: