"You might think this is some kind of circus trick for which he has been specially trained, but not so." 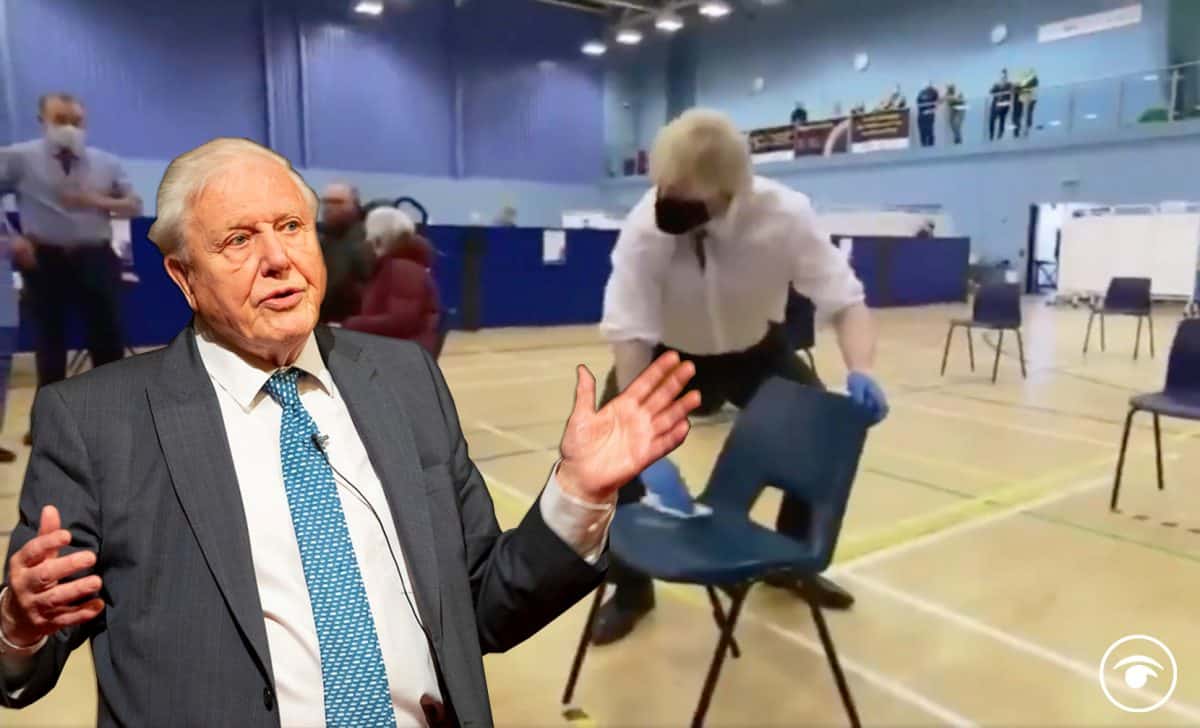 The clip shows the PM getting stuck in with cleaning work at a mass vaccination centre, but his technique raised some eyebrows among viewers.

But a video of the revered broadcaster narrating the episode is the one that really took social media by storm.

In the clip Attenborough, says:

“You might think this is some kind of circus trick for which he has been specially trained, but not so.

“He is doing this entirely on initiative he’s seen others doing it and he’s copying.”