One twitter user wrote: "And this Australia deal seems to be Schrödinger’s Deal: so big and important it should be shouted to the rooftops whilst at the same time so small and insignificant it won’t have any impact on British farmers." 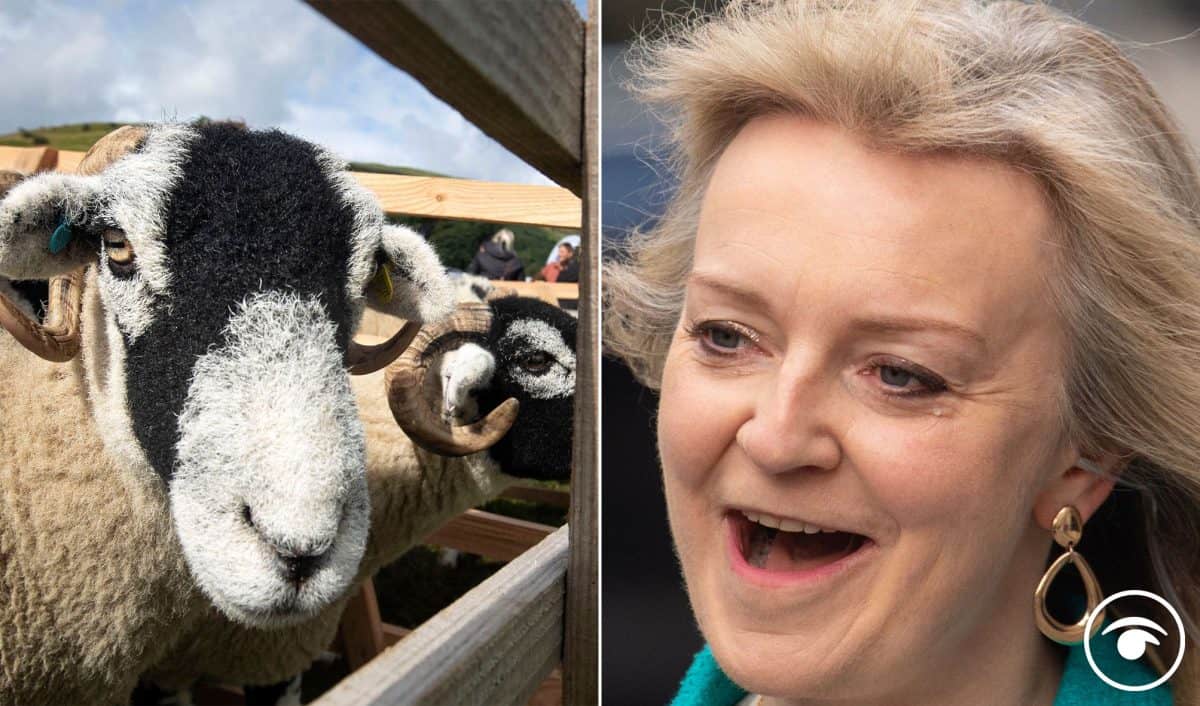 Boris Johnson has agreed the broad terms of a free trade deal with Australia, the first negotiated from scratch since Brexit, but not everyone is as overjoyed as the government seems to be.

However, John Redwood has outdone himself with a tweet about the EU and his joy at a deal with a nation a long long way away.

But first to the deal…

Johnson said it marks a “new dawn” in the UK’s relationship with Australia, with British products like cars, Scotch whisky and biscuits set to be cheaper to sell in the tariff-free agreement.

Mr Johnson and his Australian counterpart, Scott Morrison, announced the agreement on Tuesday despite concerns from farmers on both sides over the deal.

Industry leaders have spoken out over possible compromises on food standards, while farmers fear they could be undercut by cut-price imports.

Announcing the trade deal, Downing Street said there will be a cap on tariff-free imports for 15 years, while other “safeguards” will be brought in to protect British farmers.

Elsewhere in the agreement, Downing Street said Britons under the age of 35 will be able to travel and work in Australia more freely – suggesting the farm work requirement on working holiday visas could be scrapped.

John Redwood isn’t too bothered about his carbon footprint it seems. He tweeted: “I buy much of my food from U.K. farms. I do not buy EU food given their unpleasant attempts to punish us. Happy to have more choice from Australia.”

Even if you hate the EU, wasn’t the idea to still be friends and trade with Europe? It’s hardly a Spanish pig farmer’s fault that we voted to leave the EU, but there you go.

I buy much of my food from U.K. farms. I do not buy EU food given their unpleasant attempts to punish us. Happy to have more choice from Australia.

He then followed up with, as expected, another attack on the EU. He typed: “Good news that Australia wants to expand trade with the U.K. on a fair and friendly basis. What a contrast with the EU that does everything it can to block trade and pick trade fights with us.”

Good news that Australia wants to expand trade with the U.K. on a fair and friendly basis. What a contrast with the EU that does everything it can to block trade and pick trade fights with us.

Well not everyone is as keen on this deal at the PM and John Redwood.

Within two days of a G7 summit that talked fervently of combatting the climate crisis – The UK manges to find the farthest possible place with which to do its first post BREXIT trade deal – AUSTRALIA! Pity the oceans suffering the shipping consequences.

Monday – PM agrees Australia trade deal with coal-loving leader with no plan for net zero
& sells out UK farmers in the process https://t.co/QYbZgxfeK0

People aren’t stupid. They know that if you undermine the terms for half your total trade (with the EU), a bit more trade with a small country on the other side of the world (Australia) is like building a sandcastle in the face of the incoming tide

If you are a farmer in the UK or a farm worker, remember today. It’s the day you were shafted by Boris Johnson and his government so he could look good at your expense. That’s what the Australia trade deal means.

With the news that the UK will sign a trade agreement with Australia Micheal Gove states that the UK intends to break the agreement within a month as they were not aware of the consequences of it when they agreed and signed up saying the Australians are forcing “legal purity”.

And this Australia deal seems to be Schrödinger’s Deal: so big and important it should be shouted to the rooftops whilst at the same time so small and insignificant it won’t have any impact on British farmers.

Clever of Dan Walker to get Michael Gove to admit that Australia’s highest volume of trade is with….. drum roll… it’s nearest neighbours! Fucking charlatans every one of them #BBCBreakfast

Related: Greta hits out at G7 for ‘steak and lobster celebration’ as climate crisis mounts