The shadow justice secretary said that “effective prime ministers” often “redraw the political map” and “forge their own coalitions”. 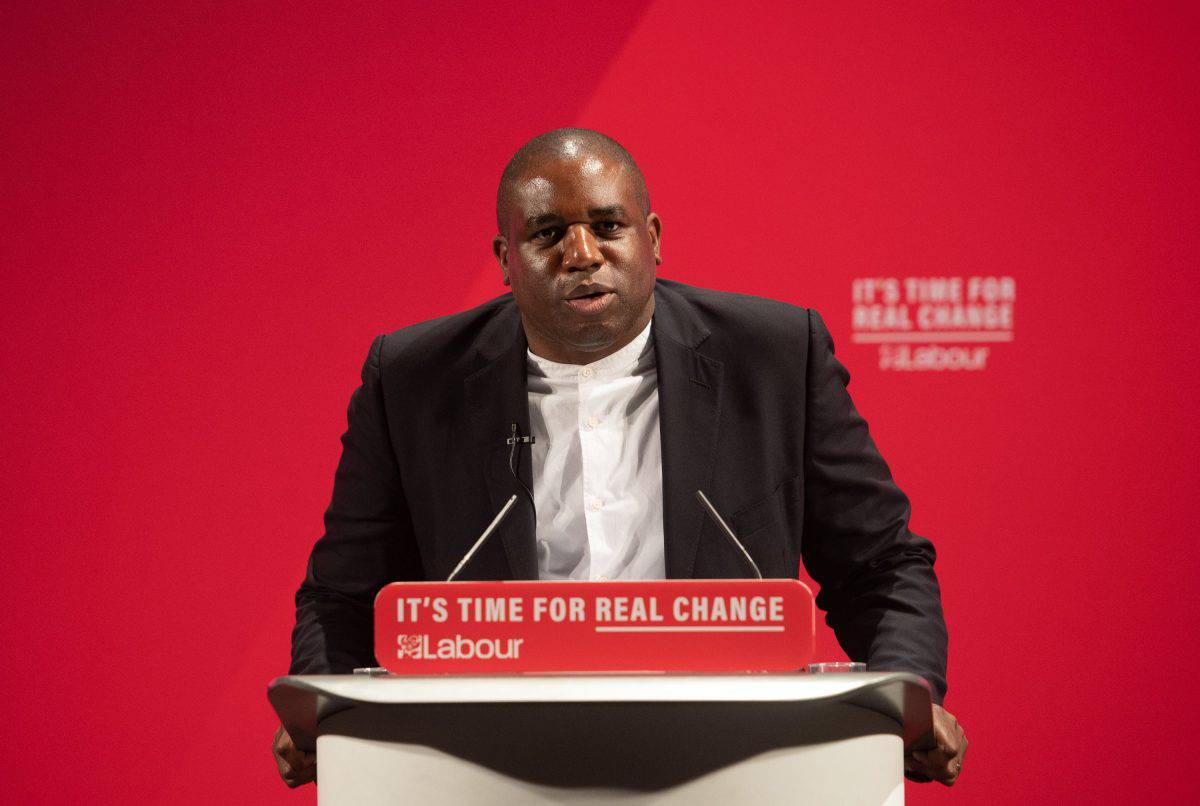 Labour should attack the Tories in their so-called southern “Blue Wall” rather than focussing on lost voters in its traditional heartlands, David Lammy has said.

The shadow justice secretary said that “effective prime ministers” often “redraw the political map” and “forge their own coalitions”.

In an interview with the i newspaper, Lammy suggested Labour “has to be brave enough to be prepared to do that” – but conceded it may take more than one election cycle for the party to return to power.

He said: “I was delighted to see us win in Peterborough, we should winning in new towns, in Kent, Dartford, we have to be conscious of the Blue Wall as much as the Red Wall.”

Instead of chasing lost causes in the North and Midlands, Sir Keir Starmer – the Labour leader – should be attacking the Conservatives in areas of the South where voters are increasingly younger, better educated and live in more diverse communities, Lammy said.

“It may be that the demographics are such that there are changes that that I’m afraid will take more than one election cycle to change,” he added.

Starmer over the weekend vowed to unveil a completely new blueprint for power – not based on previous manifestos.

Addressing a conference hosted by centre-left thinktank Progressive Britain on Sunday, he said the party’s policy review would not take previous policy promises as its starting point.

“We can’t hug someone from the past, some historical figure, and say all we need is X. We’ve got to do it, the hard work is on us,” he said. “You don’t go through a review like this by picking up the last document.

“What we’re not doing is simply gathering up thoughts and then trying to write something that reflects those thoughts. Because we need transformative and modernising change.”

Lammy also revealed that he has promised to write to an 80-year-old woman who told him he will “never be English” during an LBC phone-in, saying he worried after their clash that she would get “done in” by online abuse.

“The truth is, many of us will have eighty-year-old grandparents or parents who would say things that we, that we really wouldn’t want said in public.”

The Tottenham MP added that Labour members had since spoken with the woman, Jean, who reportedly said the aftermath of the interview “made her reflect a little bit more and she wished she expressed herself quite differently”.

“I thought that was quite endearing,” Lammy added.

Related: ‘Completely out of touch’ Gavin Williamson slammed for comment about university courses