“His limited concept of the purpose of education has once again proven himself to be once completely out of touch with the country.” 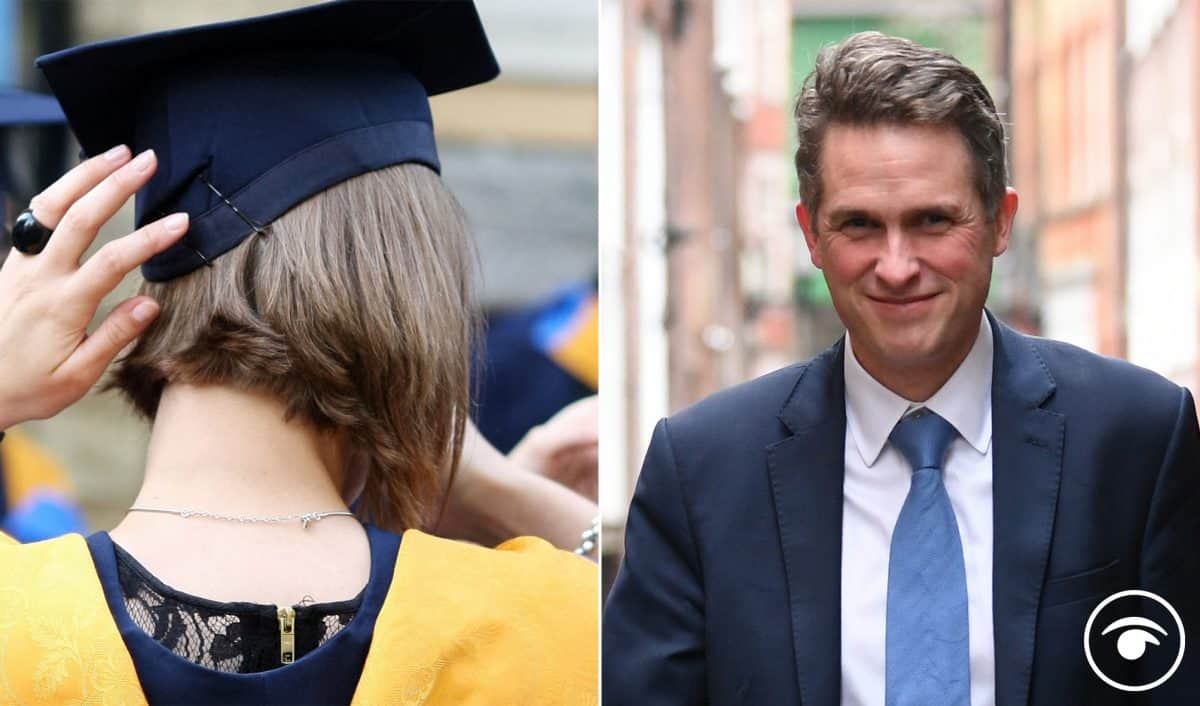 University students in England will be returning to campus for in-person lessons and activities after months of remote learning, but does the Education Secretary think is it a waste of their time trying to complete their chosen course?

Returning students will be expected to get tested for Covid-19 twice a week throughout the summer term.

Most students in England, apart from those on critical courses, were told not to travel back to their term-time accommodation as part of the third national lockdown announced in January.

It is estimated that around half of students, including many arts and humanities students, were not able to return to in-person lessons until now.

Gaff prone Gavin has said that ‘dead-end university courses’ leave students with ‘nothing but debt.’ His comments come as the Government is considering cutting in half the subsidy given to further education establishments for some arts subjects, reports The Independent.

A petition, by Campaign for the arts, has been set up to fight the planned reduction in funding saying: “This is an attack on the future of UK arts, the creative potential of the next generation, and the people who deliver our world-leading arts courses. Rather than segregating and devaluing the arts in this way, the Government should maintain its important investment in creative skills, ensuring that arts courses are widely accessible and properly supported.”

They urge the Education Secretary Gavin Williamson to reissue guidance to the Office for Students:

Dear @GavinWilliamson,
Apologies for my ignorance, but what are these ‘dead end courses’ of which you speak?
Would they be degrees which foster creativity, self-directed learning and critical thinking? I fear that last one may be the issue. Who wants critical thinkers right now?

In an article published by Conservative Home, Mr Williamson said proposed legislation “will strengthen the ability of the Office for Students (OfS) to crack down on low quality courses, delivering on our manifesto commitment”.

He said: “The record number of people taking up science and engineering demonstrates that many are already starting to pivot away from dead-end courses that leave young people with nothing but debt.”

Mr Williamson added: “Our reforms will open the way for them to embrace the opportunities offered by degree apprenticeships, higher technical qualifications, modular learning and our flagship Institutes of Technology.”

From 1994 to 1997, Williamson completed a BSc in Social Sciences from the University of Bradford, a course which we support at TLE, but would he make of it now?

Hillary Gyebi-Ababio from the NUS told The Independent: “The education secretary’s galling comment comes just a week after a 50 per cent funding cut to arts subjects and constitutes an assault on a multitude of hugely valuable disciplines that enrich our society.”

She added: “His limited concept of the purpose of education has once again proven himself to be once completely out of touch with the country.”