‘As northern as Highgate’: Rishi tells Tory voters in Leeds he’s the ‘most northern chancellor the party has ever had’

The chancellor is from Southampton, grew up in Hampshire and seemingly forgot that his predecessor was born in Rochdale! 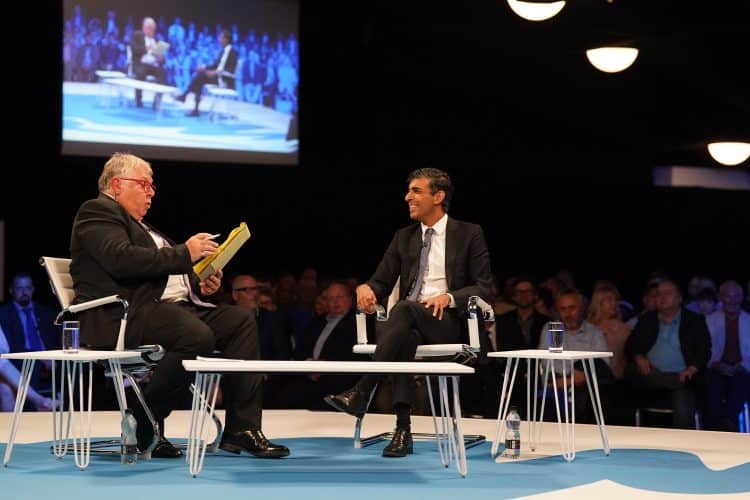 Liz Truss and Rishi Sunak faced a grilling from voters in the first official hustings with Tory members in Leeds.

The candidates were quizzed separately on a vast array of policy areas – as well as their predictions for the Women’s Euro 2022 final – as they sought to woo northern voters in the race for No 10.

It was the first of 12 sessions for the party faithful across the country to question the final two contenders before voting for the next Tory leader and Prime Minister closes on September 2.

The event, hosted by LBC’s Nick Ferrari, took place in Leeds, where Ms Truss started by capitalising on her Yorkshire roots.

Referencing her upbringing in the city, she said it was “fantastic” to be in her “old stomping ground”, adding that she hoped none of her former teachers were in the audience.

Ms Truss said she got “grit, determination and straight-talking” from Yorkshire, and that is what is needed in Downing Street as “we face a huge global economic crisis”.

Sunak also tried to big up his northern credentials, but people on social media weren’t having any of it.