The DUP leader says her focus will be on working to see devolution restored and a Brexit deal. 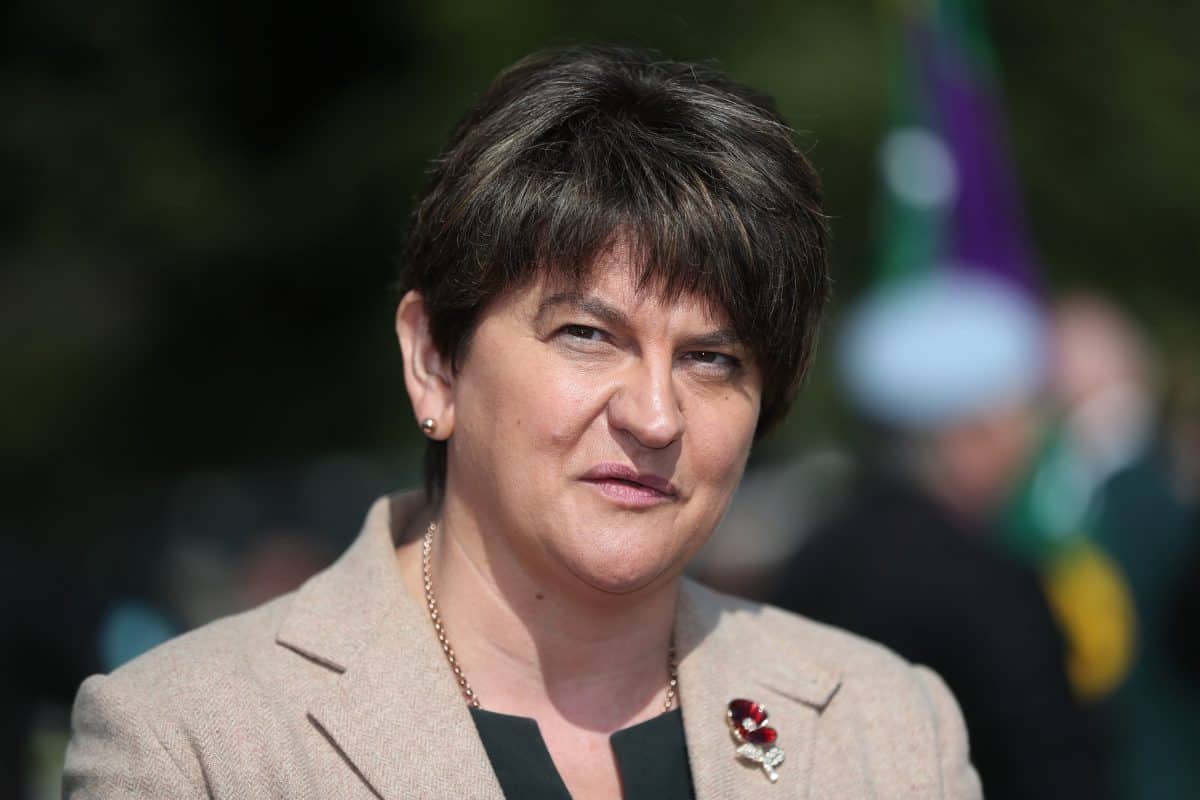 Arlene Foster has ruled out standing as a candidate if a general election is called.

The DUP leader is currently a Stormont MLA.

Her parliamentary constituency of Fermanagh and South Tyrone has seen a battle between unionism and nationalism in recent general elections.

Sinn Fein’s Michelle Gildernew had held the seat since 2001, but lost out in 2015 to UUP candidate Tom Elliott after the DUP stood aside in an agreed unionist pact.

Mrs Foster said on Friday that she would not be a candidate if a general election was called.

“That and the fact that I want to see a deal to leave the European Union, I think those two big issues will be taking up a lot of my time over the coming weeks.”

Mrs Foster said that she believes a Brexit deal is what should be focused on, rather than a general election.

But she added: “If an election is called, we’ll be ready to fight the election and we will go forward on our record of delivery.”

Ms Gildernew claimed Mrs Foster and her party were “running scared” of a general election.

“Arlene Foster claims she wants to concentrate on restoring the powersharing institutions at Stormont.

“She cannot be serious, given the fact she’s had two and a half years to work on restoring the political institutions,” she said.

“The DUP are currently not engaged meaningfully in any talks process – and have previously walked away from a deal.

“Their toxic pact with the Tories has brought chaos and dysfunction to politics here in the north and politics in Britain, while actively working against the interests of citizens.

“Arlene Foster and the DUP are running scared from the electorate.”