The DUP leader was speaking after Irish premier Leo Varadkar warned some checks ‘may need to take place near the border’ if there is a no-deal Brexit. 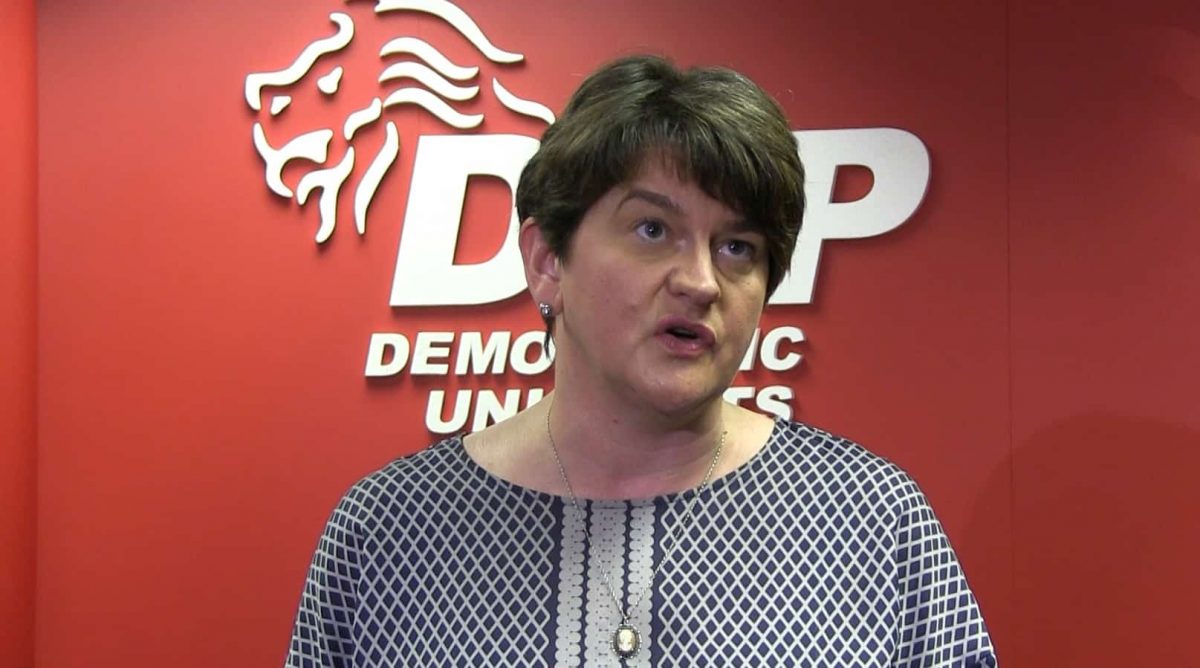 Party leader Arlene Foster at DUP party headquarters in east Belfast, flanked by party colleagues, after Prime Minister Boris Johnson announced that he is seeking a suspension of Parliament ahead of a Queen's Speech on October 14.

DUP leader Arlene Foster has said there will be no infrastructure at the Irish border after Brexit.

She was speaking after Irish premier Leo Varadkar warned that in the event of a no-deal Brexit there will be checks on goods and live animals, which he said would take place “as far as possible” in ports, airports and at businesses.

“But some may need to take place near the border,” he told a gathering of business leaders in Dublin on Thursday evening.

Responding on Friday, Mrs Foster said there are no plans for infrastructure at the border.

“The way to deal with all of that is to get a sensible deal, and that is what we are still looking to do – to get a deal to leave the European Union that works for everybody.

“To be fair to our own Government, to the British Government, when Theresa May was there and indeed our new Prime Minister, they have all made it clear they will not put infrastructure on the border, and I think that is very important to remember that.

“There will be a lot of speculation over the coming weeks, I have no doubt about that, there has been a lot of speculation up until now. But what we need to do is to look at the facts, and the facts are the Government has said very clearly they will not be putting infrastructure at the border.”

Mrs Foster added: “We don’t want to see a no-deal situation occurring, that’s why we are focusing on the deal, we want to make sure that is a deal that works for everybody, works for those of us here in Northern Ireland but works for our neighbours in the Republic of Ireland as well.”