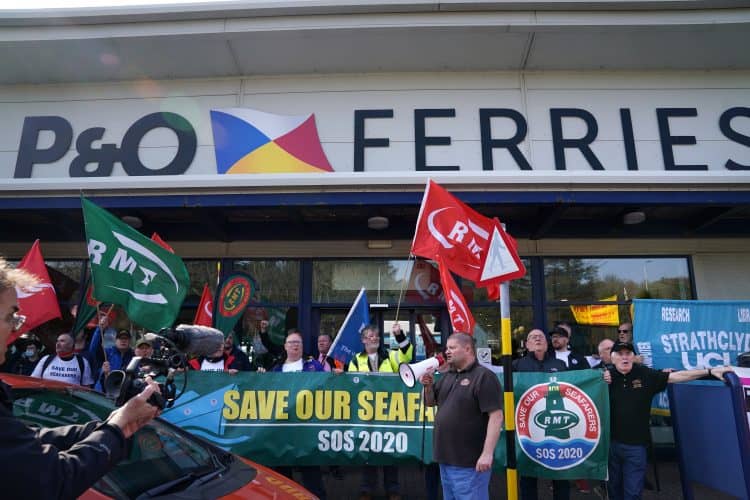 The ferry firm’s chief executive, Peter Hebblethwaite, faced a grilling from a joint session of the Commons’ transport and business select committees on Thursday morning, saying that the average hourly pay of the new crew is just £5.50 per hour.

That is substantially below the minimum wage in the UK, which sits at £8.91 per hour for those aged 23 and over. The sacked crew earned £36,000 per year on average.

And in a scorching introduction to the session, Labour MP Darren Jones took no prisoners, asking Hebblethwaite if he considered himself a “shameless criminal”.

‘Are you a shameless criminal?’

In a must-see moment, Jones said: “Mr Hebblethwaite, when I was reading your biography it seemed pretty light on your experience as a chief executive officer. Are you in this mess because you don’t know what you’re doing, or are you just a shameless criminal?”

Later in the session, Hebblethwaite admitted that the decision to sack 800 workers last week without consulting unions broke the law.

He admitted there was “absolutely no doubt” under UK employment law that the company was required to consult unions before making the mass cuts, adding: “We chose not to consult and we are, and will, compensate everybody in full for that.”

Hebblethwaite suggested that P&O had ignored the unions because no union would have accepted its job slashing plans.

‘Flagrant breaches of the law’

Addressing the firm’s employment of new workers on ultra low wages, Labour’s Andy McDonald, a member of the business committee, asked:  “That’s below the national minimum wage of this country. How do you reconcile that?”

“This is an international seafaring model that is consistent with models throughout the globe and our competitors.”

But he offered no answer when McDonald asked “could you sustain your lifestyle?” if he was paid the same as the new workers.

The Labour MP added: “How do you expect them to be able to feed their families and pay their bills?”

Mick Lynch, general secretary of the Rail, Maritime and Transport union, added that P&O Ferries “made flagrant breaches of the law”.

He said: “They’ve done it deliberately and they’ve factored in what they’re going to have to pay for it. This is absolutely outrageous.”