Scotland’s First Minister, Nicola Sturgeon, said it would be “unconscionable” to add a no-deal exit from the EU’s trading arrangements to the current difficulties caused by the mutant coronavirus strain. 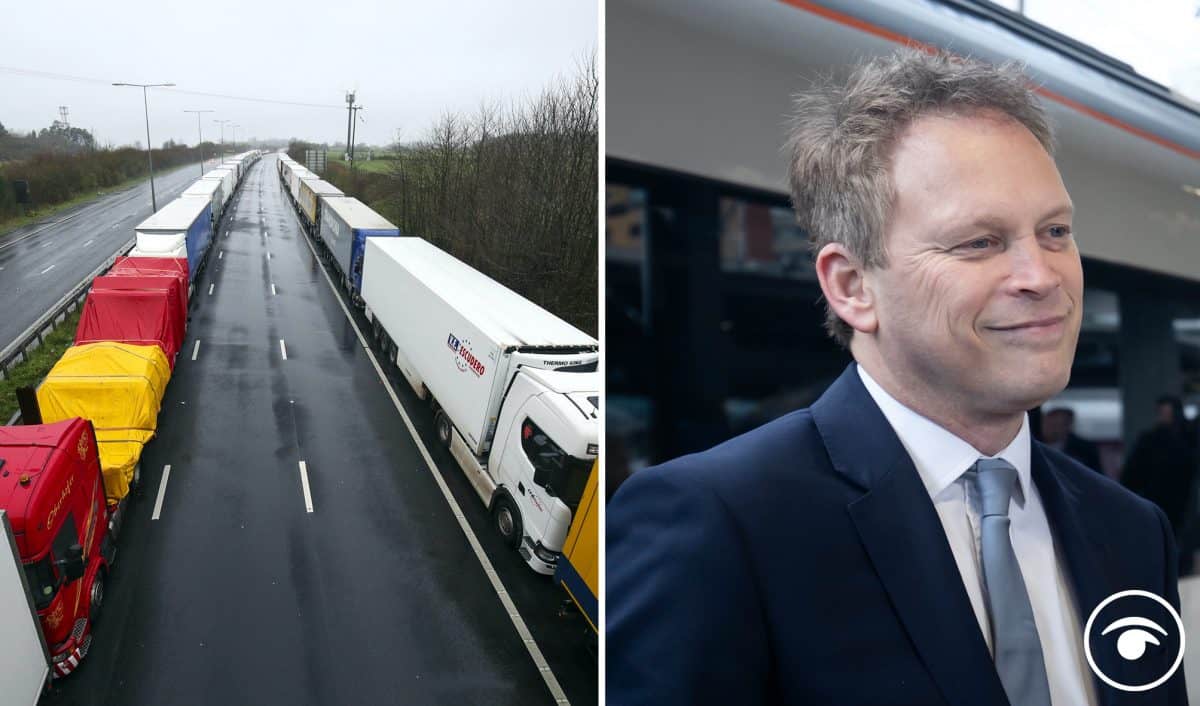 Grant Shapps has rejected calls for the Brexit transition period to be extended due to the coronavirus crisis and ongoing uncertainty about trade talks with the European Union.

The current arrangements expire at the end of the month, with the UK leaving the single market and customs union.

Transport Secretary Grant Shapps said extending the arrangements beyond December 31 would “add fuel to the fire” by adding extra uncertainty.

Scotland’s First Minister, Nicola Sturgeon, said it would be “unconscionable” to add a no-deal exit from the EU’s trading arrangements to the current difficulties caused by the mutant coronavirus strain.

Trade has already been disrupted after France banned hauliers travelling from the UK due to fears over the spread of the more infectious strain of coronavirus.

But Mr Shapps said firms already knew that change was coming after December 31 and had been told to plan for it.

He told BBC Breakfast: “I think the one thing which could actually add fuel to the fire would be ending something that everyone’s known is ending for a very long time, which is the end of the transition period which completes on December 31, so absolutely not, no.

“The important thing is that businesses continue to prepare, that individuals are prepared.”

Mr Shapps said that measures such as the use of the disused Manston airfield as a lorry park, which had been planned as a post-Brexit contingency, were now being used as a result of the coronavirus disruption.

Talks on a post-Brexit trade deal are expected to continue this week.

Lead negotiators Michel Barnier and Lord Frost met in Brussels on Sunday but a UK Government source said the discussions had been “difficult”.

However, if there was to be a deal, under EU rules it could be provisionally signed off by leaders of the 27-member bloc with ratification delayed until 2021.

The British side has accused the EU of making “unreasonable demands” and of failing to respect UK sovereignty over fishing rights and fair competition rules.

If there is no deal by December 31, the UK will leave the single market and customs union and begin trading with the EU on World Trade Organisation terms – with the imposition of tariffs potentially leading to higher prices in shops.

Ms Sturgeon said Prime Minister Boris Johnson should try to get an extension to the Brexit transition period because of the discovery of a faster-spreading coronavirus strain that has caused European countries to halt flights and ferry crossings from the UK.

She tweeted: “It’s now imperative that PM seeks an agreement to extend the Brexit transition period.

“The new Covid strain – & the various implications of it – means we face a profoundly serious situation, & it demands our 100% attention.

“It would be unconscionable to compound it with Brexit.”