In a rousing speech, Biden vowed an end to “this grim era of demonisation in America”. 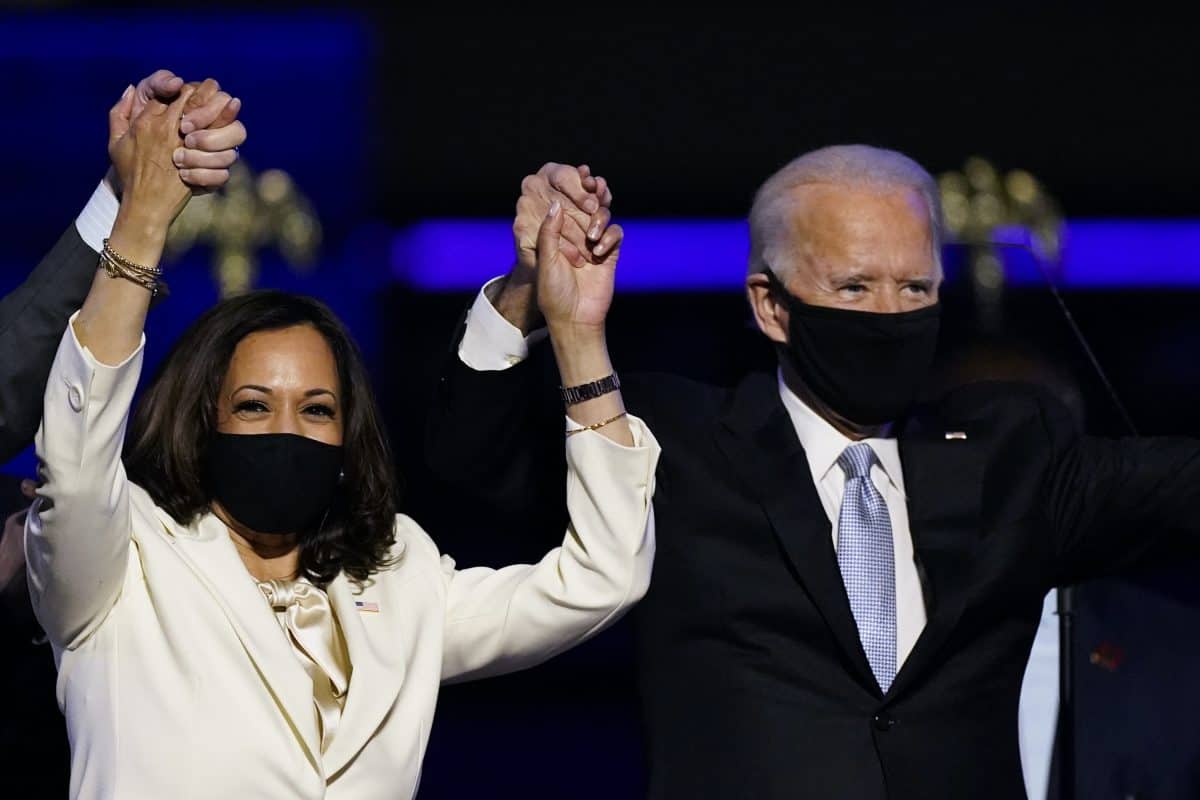 Joe Biden addressed the United States for the first time as president-elect in the early hours of Saturday morning, delivering a stirring message of unity that sought to tide over the deep divisions that have torn American politics asunder for the past four years.

Appearing before a drive-in audience in his home town of Wilmington, Delaware, Biden – who, at 77, will be the oldest person ever to become president – jogged to the stage to the sound of honking car horns and cheers from the socially-distanced crowd.

Imbued with a passion and conviction that was sometimes lacking on the campaign trail, Biden vowed an end to “this grim era of demonisation in America”.

‘Listen to each other again’

Appealing directly to the 71 million Americans who voted for President Donald Trump, the former vice president said that he understood their “disappointment”.

“I’ve lost a couple of times myself,” he said. “But now let’s give each other a chance. It’s time to put the harsh rhetoric, lower the temperature, see each other again, listen to each other again. This is the time to heal in America,” Biden added.

As he had done throughout the campaign, the speech reflected the values that Biden sees America as representing, rather than any firm ideological position – an approach that helped him bring the broad church of the Democratic Party into his lane.

Biden was welcomed to the stage by Senator Kamala Harris, the vice president-elect, who told voters that they had elected “hope and unity, decency, science and, yes, truth.”

Honouring the women who she said “pave the way for this moment tonight”, Harris – the daughter of Jamaican and Indian immigrants – said that she “while may be the first woman in this office, I will not be the last, because every little girl watching tonight sees that this is a country of possibilities.”

Reflecting on her mother, Shyamala Gopalan Harris, who left her home in India for California in 1958, aged just 19, the vice-president elect said: “Maybe she didn’t quite imagine this moment. But she believed so deeply in an America where a moment like this is possible.”

“Protecting our democracy takes struggle,” Harris said – invoking the late congressman and civil rights leader John Lewis. “It takes sacrifice. But there is joy in it. And there is progress. Because we, the people, have the power to build a better future.”