Joseph R. Biden Jr. has been elected as the 46th president of the United States. 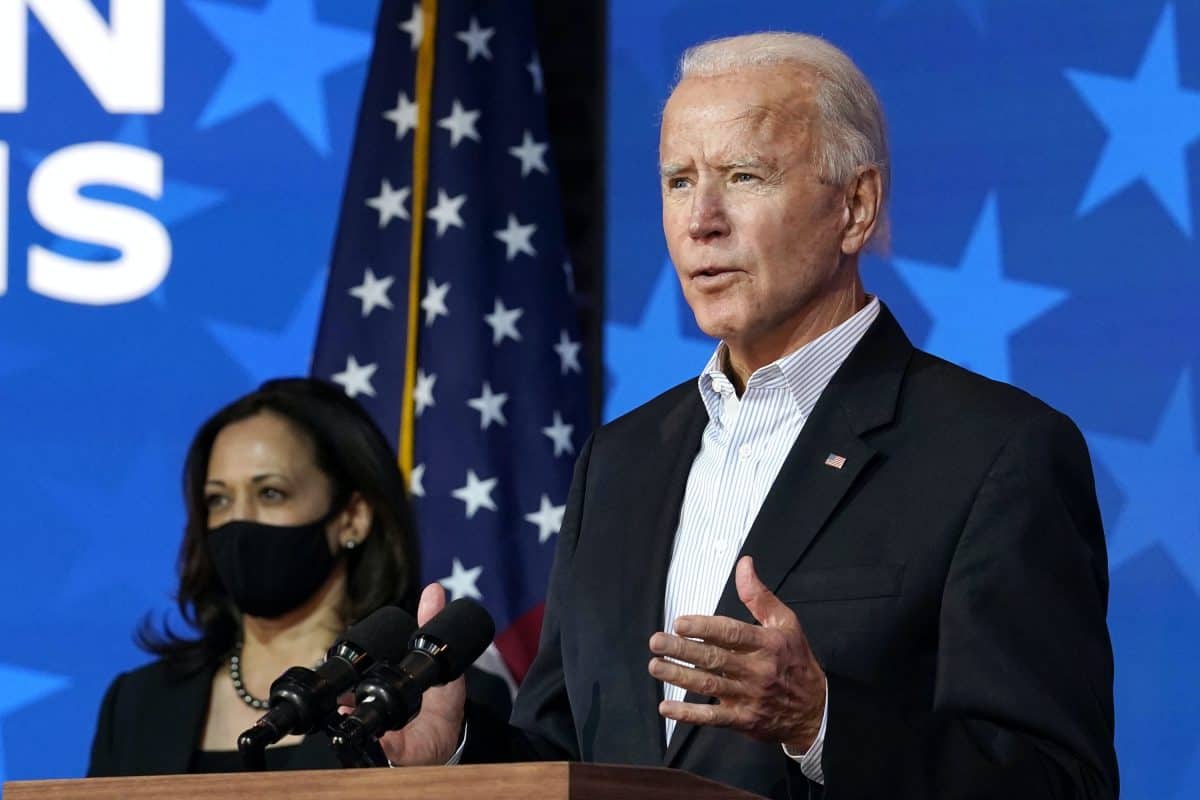 Joseph R. Biden Jr. has been elected as the 46th president of the United States, defeating Donald Trump in a long, drawn-out and fraught election campaign.

After five agonising days of vote-counting, a host of networks projected that Biden – who turns 78 later this month – had won the vital swing state of Pennsylvania, pushing him to 273 electoral college votes.

It brings to an end the tumultuous and traumatic presidency of Donald J. Trump, whose four years in office have been characterised by division and turmoil.

Biden’s victory is a historic moment for a number of reasons. His running mate Kamala Harris – a California senator – will become the first woman vice president of the United States, and the first person of colour to hold that office.

That it was Pennsylvania – a ‘blue wall’ state that Hillary Clinton lost in 2016 – which handed Biden the White House is deeply symbolic. Biden, the former vice president, grew in Scranton, a city in Lackawanna County in the northeast of the state.

Just an hour before Biden was declared the victor, Trump – who is reportedly at one of his golf courses in Virginia – had tweeted: “I WON THIS ELECTION, BY A LOT!”

The result makes Trump a one-term president, putting him alongside the likes of George HW Bush and Jimmy Carter as incumbents who lost their bids for reelection.

Biden was reportedly at home in Wilmington, Delaware when CNN – amongst other networks – declared him president-elect. There is no indication that Trump has any plans to concede the race.

He will reportedly give a speech in Wilmington this evening, which is expected to be a call for unity after a fraught four years of Trumpian polarisation.

It marks the culmination of a decades-long dream for Biden, after a political career that has been punctuated by devastating personal loss.

His run in 2020 was his third bid for the White House, and he will become the oldest person elected president, having begun life in Washington as a junior senator in Delaware in 1983.

Biden’s campaign offered a stark contrast to the more ideological offerings provided by his one-time rivals for the Democratic primary – including his running mate, Vice President-Elect Harris.

Putting Trump’s character and response to the coronavirus at the heart of his message, Biden pledged to win back the one-time Democratic strongholds in the industrial Midwest – Pennsylvania, Wisconsin and Michigan – that Trump had wrested from their control in 2016, propelled by economic populism and a vow to put ‘America First’.

In his first message as president-elect, Biden said that “democracy beats deep in the heart of America”.

“I am honoured and humbled by the trust the American people have placed in me and Vice President-elect Harris,” he said.

“In the face of unprecedented obstacles, a record number of Americans voted. Proving once again, that democracy beats deep in the heart of America.

“With the campaign over, it’s time to put the anger and the harsh rhetoric behind us and come together as a nation.

“It’s time for America to unite. And to heal.

“We are the United States of America. And there’s nothing we can’t do, if we do it together.”

Responding to news of Biden’s victory, Trump struck a starkly different tone, releasing a statement misleadingly claiming that the “election is far from over”, repeating his baseless accusations of mass voter fraud.

“We all know why Joe Biden is rushing to falsely pose as the winner, and why his media allies are trying so hard to help him: they don’t want the truth to be exposed,” the statement said.

“So what is Biden hiding? I will not rest until the American People have the honest vote count they deserve and that Democracy demands,” Trump added.