“We are exhausted emotionally and physically,” it says. “We have lost colleagues. Many of us were forced to work longer hours, tougher hours, away from our families for weeks at a time." 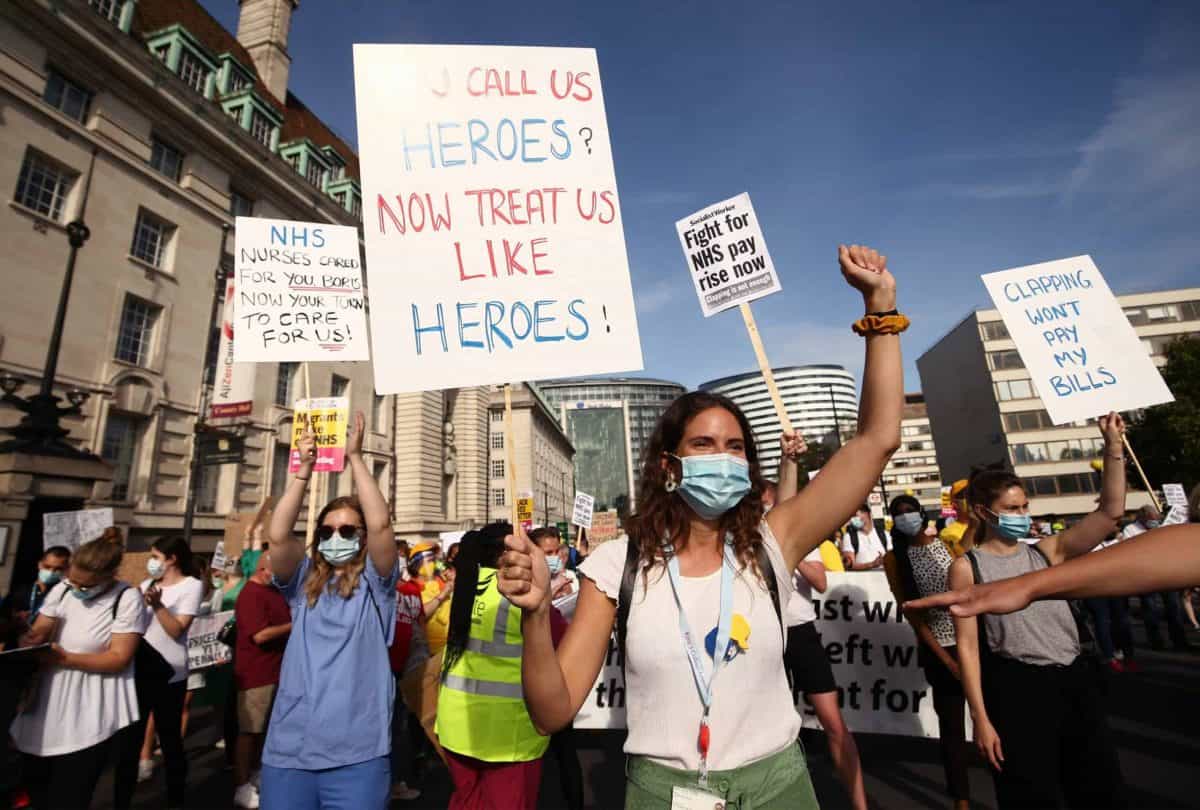 Twenty-thousand “exhausted” NHS workers have signed an open letter to Boris Johnson demanding a pay rise as they brace for a second wave of Covid-19.

The letter – published in the Daily Mirror and coordinated by campaign group Every Doctor UK – describes the battle against coronavirus as “the toughest fight of our loves”.

“We are exhausted emotionally and physically,” it says. “We have lost colleagues. Many of us were forced to work longer hours, tougher hours, away from our families for weeks at a time.

“But we fought on. Despite knowing we have one of the highest healthcare worker death rates in the world from Covid-19, we accepted the risk, determined to do what’s best for our patients and the country.

“After everything we’ve been through, the recent Government announcement about pay in the NHS is gut-wrenching.”

The letter comes as thousands of NHS workers are expected to take to the streets this weekend to demand a pay rise.

Unite, which has 100,000 members in the health service, said it supports those wishing to attend the socially-distanced protests so that the Government can see the depth of discontent and frustration among NHS staff.

Jackie Williams, Unite’s officer for health, said: “In a decade of Tory austerity, NHS staff has seen their pay cut by 20% in real terms – and no amount of Thursday evening clapping and warm ministerial words can compensate for this dramatic loss in income.”

The angry letter lashes out at cuts over the past decade meaning pay for NHS staff has not kept up with inflation – leading to “cleaners, porters and nurses turning to foodbanks and unable to afford rent”.

“The NHS is one team,” it continued, “but the Government’s recent approach neglects the nurses, junior doctors, GPs, paramedics, cleaners and countless others who have been fighting the coronavirus on the front line for months on end.

Teachers and police were given a 3.1 per cent pay rise to acknowledge their “vital contribution” in tackling the pandemic. A similar increase for a standard nurse’s salary – £28,500 – would mean a boost of just £884 annually.