It is the time of the year where we reflect on the past and consider what we will do differently in the future – how we will make this year better than the last. Britain entered 2017 with a colossal hangover, entangled in divorce proceedings with the EU, and with a clear incentive to put […] 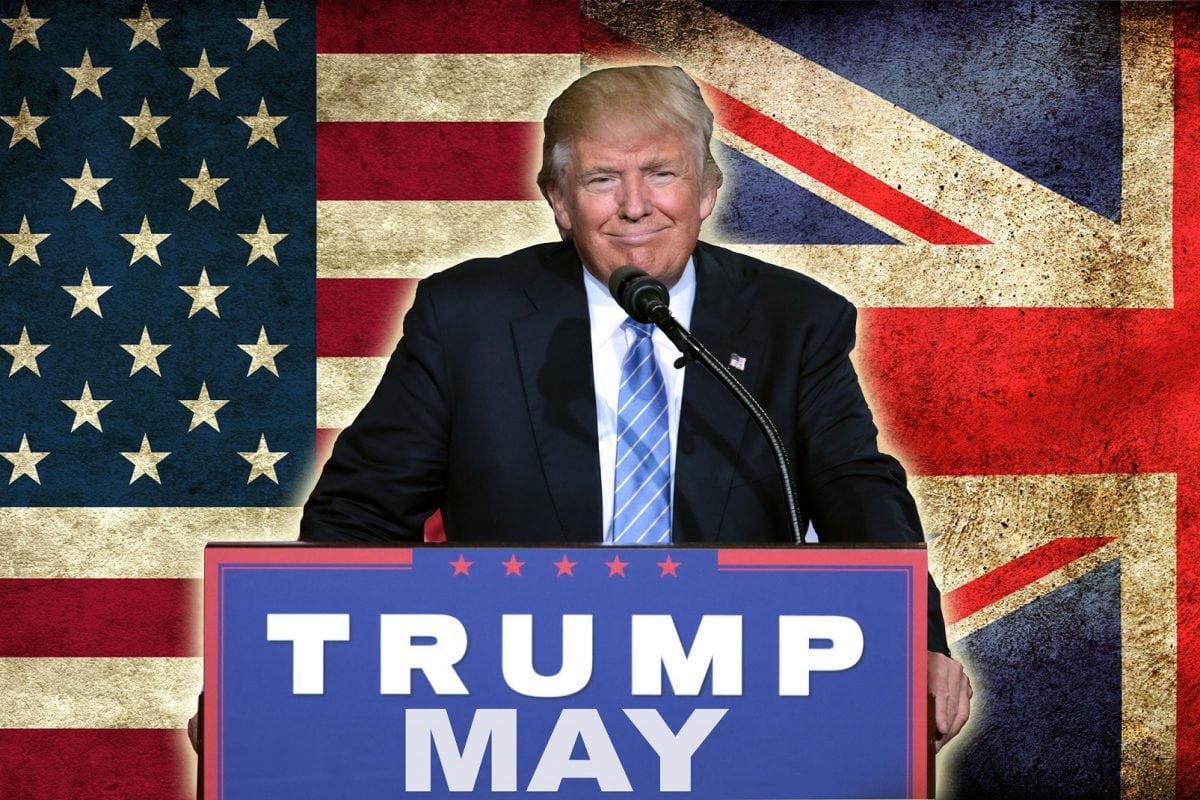 It is the time of the year where we reflect on the past and consider what we will do differently in the future – how we will make this year better than the last. Britain entered 2017 with a colossal hangover, entangled in divorce proceedings with the EU, and with a clear incentive to put its existing relationships in order.

As Trump takes the podium on 20 January 2017, one of the United Kingdom’s first concerns will be how quickly a new Anglo-American free trade agreement can be reached, and what the terms of such an agreement will be.

There is a presumption, often repeated by Nigel Farage, that Trump would provide a favourable deal for the UK given his Scottish heritage. There are reasons to be doubtful about this.

Firstly, much of Trump’s campaign rhetoric suggested he is a protectionist rather than a free-trader, advocating trade tariffs on Chinese products and promising to increase American exports to reduce their trade deficit. Secondly, Trump bears the features of a man who likes to be liked, changing his policies to suit his audience, such as advocating a federal minimum wage soon after his election as the Republican nominee. And thirdly, Britain simply isn’t a priority on a list of America’s foreign policy interests at a time when Russia is dictating the agenda in the middle-east. Not to mention that the UK has not yet triggered Article 50 in any case.

Regardless of this, there are signs that Anglo-American bonds may be strengthened under Trump and May. Theresa May’s spokesman criticised John Kerry’s rebuke of Israel’s “right-wing coalition” as “inappropriate”, widely interpreted as a move to align herself with Trump’s more favourable view of Israel compared to the Obama administration’s. Furthermore, there are already mild allusions in the press of a Reagan-Thatcher relationship.

There are notable parallels. After all, Trump is an American man and May is a British woman. Trump is sometimes characterised as a slightly dim-witted celebrity who could turn a phrase, and so was Reagan during his first presidential campaign. Both Trump and Reagan used to be Democrats. Both May and Thatcher were in power during a time of weak left-wing opposition. Both Trump and May are conservatives.

However, this is where the comparisons end. Reagan and Thatcher were principled politicians. Trump can by no stretch of the imagination be described as a principled Republican, and, with Brexit, May is pursuing a policy in Europe which is contrary to what she personally believes to be in the British national interest. Neither are radical conservatives.

The strength of Anglo-American relations will not be forged on a pretence that Trump is the new Reagan, nor that May is the new Thatcher. Rather, the Anglo-American relationship will have to be renewed, from scratch, elevated from the icy position in which we find it. Obama did considerable damage by indicating that UK would be at the “back of the queue” for a trade deal should the British choose to leave the EU.

The right-wing national press in the UK painted a picture of the EU as an out-of-touch elite institution. As an island nation, the idea of an arrogant, aloof, largely unelected, class of politicians determining legislation from continental Europe appeared somewhat strange and offensive. Out of the many reasons for why 52 per cent of British voters opted to leave the EU, the desire to control immigration and determine their own future was among the leading factors. Whilst far from a popular figure in the UK, at least Trump embraced Brexit positively, respecting the wishes of the British people. It is sometimes remarked that it was the EU, and the EEC before it, which kept the peace in Europe. It wasn’t, and it is both delusional and arrogant to suggest this sort of propaganda. Britain did not contemplate invading Europe after 1945, and only joined the EEC in 1973.

Indeed, the gravest threat in Europe since the end of the Second World War was Soviet aggression, and it was the US which pumped most money, and troops, into West Germany, and it was largely the US which deterred Soviet expansion.

The greatest threat to modern Europe is now wide discontentment with their own political union and currency, which can only be worsened by a disruptive British exit. The EU, like Britain, has every incentive to avoid a long and messy negotiation process. Britain will only be taking back control of its borders, money and laws – the only negotiable elements are the relatively small settlements of assets and liabilities, and our trading relationship, for which there are two options.

Firstly, we could continue trading as we are – which is a generous proposal, as the EU member states would have more to lose from the imposition of tariffs, which would not be popular during an election year for Mrs Merkel. Secondly, we could revert to World Trade Organisation rules, with which the UK successful trades with most of the rest of the world. The UK is negotiating from a position of strength compared to the EU’s undeniable decline.

Whilst the decision to leave the EU was not the will of most of the younger generation in Britain (including this writer), the older generation can remember a prosperous time without the EU, and our exit now leaves Britain the option of embracing relationships and opportunities with the wider world. The lamps are going out all over Europe, but Lady Liberty’s torch still shines across the Atlantic.

Simon Bartram is a freelance writer and qualified accountant, having graduated with a first-class degree in Modern History and Philosophy