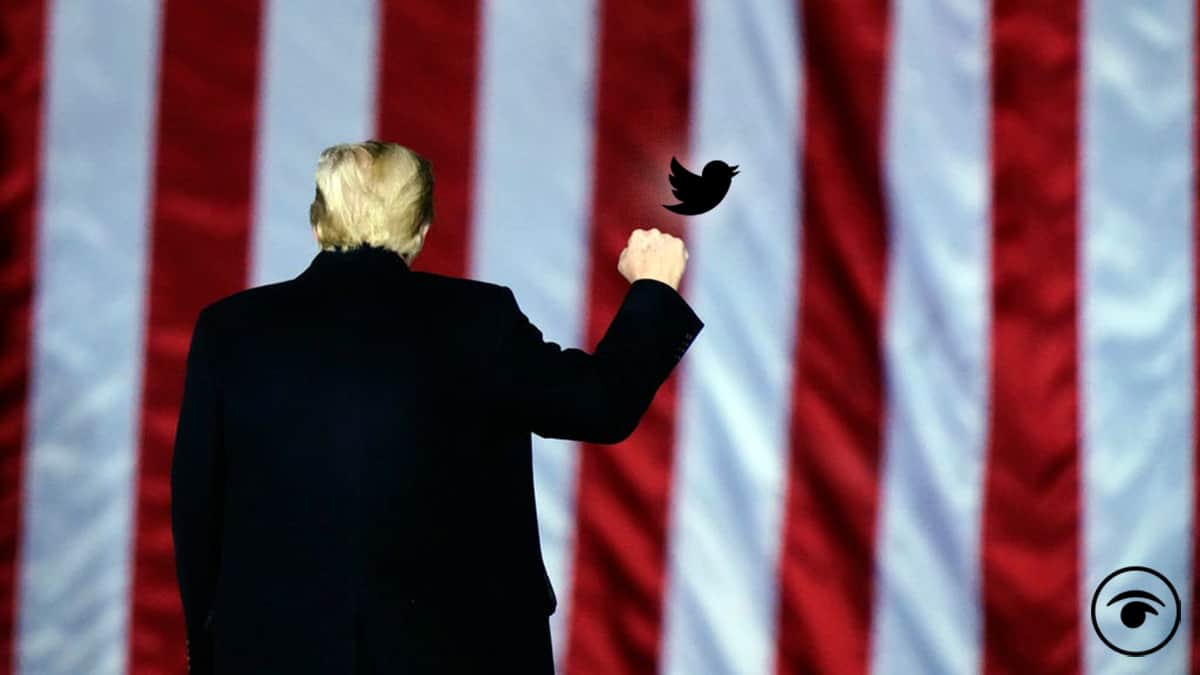 The social media giants finally holding Trump and his supporters to account for their barrage of lies and their glorification of the insurrection has triggered a lot of political debate, with much of it focusing on the free speech implications of private companies shutting down accounts that repeatedly violate their terms and conditions, when they’ve been allowing people, including Trump himself, to defy them with impunity for years.

In the wake of this attack right-wing political pundits like Tucker Carlson and Ann Coulter used social media to heap praise on Rittenhouse as if taking an AR-15 semi-automatic rifle to a protest is praiseworthy behaviour. The social media giants allowed the Trumpists to raise over half a million dollars for Rittenhouse via their platforms, and in November 2020 the Republican senator Anthony Sabatini Tweeted “Kyle Rittenhouse for Congress” with no intervention from the Twitter moderators.

Trump’s incendiary rhetoric and the glorification of the Kenosha shootings are far from the only example of Twitter and other social media giants turning blind eyes to the promotion and glorification of violence.

In 2019 the Bolivian right launched a violent coup against the democratically elected socialist government, which relied on many of the exact same tactics as the Trump insurrection. They spread malicious lies about supposed election fraud while violent right-wing mobs roamed the streets destroying property and attacking anyone who dared oppose them. The main difference being that the Bolivian insurrection was successful, while the Trumpist insurrection degenerated into farce.

The Bolivian insurrection forced the elected Bolivian government into exile, appointed Jeanine Áñez as unelected President, and then set about a brutal campaign of violence and repression against indigenous people and the Bolivian left.

In November 2019 the Áñez government carried out two deadly attacks against unarmed protesters at Sacaba and Senkata, and then Áñez began introducing new laws to give legal impunity to the perpetrators, yet still Twitter did nothing to intervene.

Áñez still has her Twitter account, and none of the individuals or institutions that spread the misinformation about voter fraud, or who supported or glorified her violent, racist, far-right coup have been held to account by the platform.

Willing to turn a blind eye

Take the UK Home Secretary Priti Patel as another example. She’s been warned by Britain’s top lawyers that her rhetoric led to a violent knife attack at a London law firm, but instead of taking heed, she doubled down on her violence inducing rhetoric with yet more attacks on lawyers and the legal profession, and Twitter did nothing to intervene.

It’s actually quite obvious why they’re taking action against Trump now, when they’ve endlessly proven themselves willing to turn a blind eye to all manner of violence inducing and glorifying rhetoric in the recent past.

They know that Democrats are about to assume control of the Presidency, the Senate, and Congress, and consequentially all of the boards and committees that oversee and regulate the activities of the social media giants.

If they’re seen to be turning a blind eye to outright insurrection, they’d have to be expecting powerful new regulations to intervene in the social media market, in order to hold them liable for the violent content they choose to host on their sites.

This belated social media action is clearly rooted in their own commercial interests, not in any new found determination to suddenly begin enforcing their own terms and conditions, after years of allowing all manner of violations to go unchecked.

So if the social media giants are now applying their terms and conditions on an ad hoc basis, depending on their own commercial interests, where does that leave ordinary users, most of whom never even bothered to read the user agreements they signed up to when they joined their social media platforms?

It’s clearly not a sensible idea for anyone to use their social media profiles to ferment rebellion against the US government, or to glorify violent Trumpist attacks on the police and the institutions of state. Having their social media accounts suspended is likely to be the least of their concerns if the NSA and FBI decide to treat violent insurrection against the United States government as terrorism offences.

It seems a lot less likely that the social media giants would intervene to suspend or ban people for supporting violent coups or grotesque war crimes elsewhere in the world, especially if these violent coups and war crimes are supported by the US state department.

There are obviously plenty of other examples of things that could be construed as promoting or glorifying violence too, which depends entirely on the perspective of those making the judgements.

Take the words of the anti-fascist anthem “Ghosts of Cable Street” by The Men They Couldn’t Hang:

And so we learn from history generations have to fight

And those who crave for mastery

Must be faced down on sight

And if that means by words, by fists, by stones or by the gun

With courage we shall beat those blackshirts down

Whether these lyrics are construed as glorifying violence, and worthy of a suspension depends entirely on the interests of those in charge of site moderation. The same goes for the plethora of ‘Nazis getting punched’ gifs, or images of Benito Mussolini’s corpse hanging from a lamp post, or pictures of the statue of a Swedish lady whacking a neo-Nazi with a handbag.

Would the social media giants attempt to ban people from sharing one of the most iconic anti-fascist anthems of all time, or Richard Spencer getting punched, or images of The Woman With The Handbag?

It all depends on their interpretation of their own rules, whether they believe that violence against fascism constitutes self-defence, and if they consider clamping down on people’s ability to criticise fascism to be in their commercial interests or not.

We’ve effectively outsourced oversight of political discourse to a bunch of private profit-seeking corporations, which means that their action or inaction in regards to violence on their platforms is dictated purely by their own commercial interests, not by any clear conception of what is actually right and wrong.