He will tell the British people that they “can build a country worthy of the sacrifices” made during the pandemic. 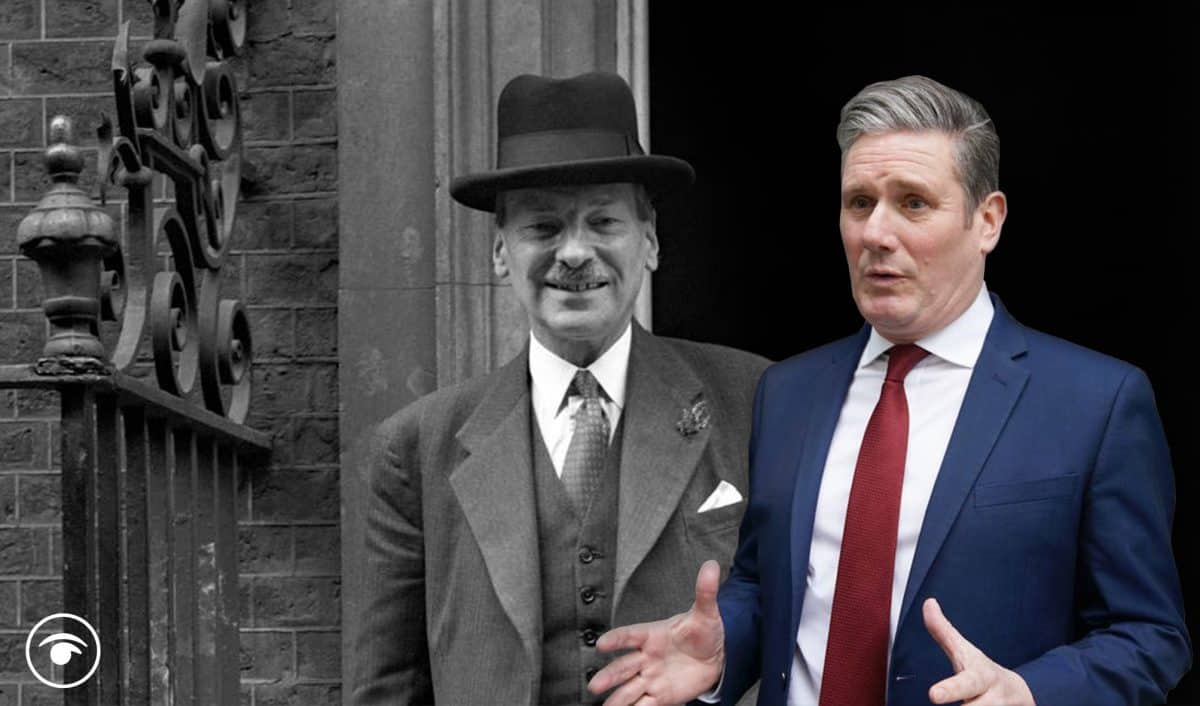 Labour leader Sir Keir Starmer will use a speech to lay out how Britain can rise up after the pandemic, using the creation of the NHS after the Second World War as inspiration.

He will tell the British people that they “can build a country worthy of the sacrifices” made during the pandemic in the same way that a Labour administration “built the welfare state from the rubble of war” after 1945.

Setting down the battle lines for the election in 2024, Sir Keir will accuse Boris Johnson’s Government of having the “wrong priorities for Britain” in Monday’s speech.

He is set to call for families to be “put first” during the latest lockdown, demanding ministers protect epidemic-hit households budgets from council tax hikes and cuts to Universal Credit.

Labour analysis suggests that a 5 per cent council tax rise – permitted after Chancellor Rishi Sunak signalled the go-ahead during his Spending Review for council tax and the social care levy to be hiked by 2 per cent and 3 per cent respectively – for those living in a band D property would see bills increase by an average of £90 in April.

Stopping the planned April cut in Universal Credit would put an extra £1,000 in the pockets of six million families, the party also said.

It’s absolutely critical that we all follow the guidance.

Sir Keir will also press for key workers, such as teachers, the armed forces and care workers, to be given pay rises and for the ban on home evictions and repossessions to be extended for as long as the UK remains in lockdown.

“This is the Government that gave Dominic Cummings a £40,000 pay rise but won’t pay our carers a decent wage,” he is expected to say.

“This is the Government that wasted £22 billion of taxpayers’ money on a testing system that doesn’t work but now won’t find the money to support families.

“And this is the Government that sprayed money on private contracts that didn’t deliver but won’t give councils the support they need.

“That’s why I’m calling on the Government today to put families first during this lockdown.”

The former director of public prosecutions will hark back to the example of the Clement Attlee administration, that took the reins from Conservative prime minister Winston Churchill in 1945 after the Second World War, as evidence of how the country could bounce back from the devastating impact of coronavirus.

“There will be hard months ahead, but the seasons will turn”

The UK is suffering its worst economic recession in 300 years and more than 80,000 people have lost their lives after being diagnosed with coronavirus.

“There will be hard months ahead, but the seasons will turn,” Sir Keir will predict.

“A dark winter will give way to a brighter spring and when it does, I know that together we can build a better future.

“We can build a country worthy of the sacrifices of the British people. Just as we did in 1945 when Attlee’s government built the welfare state from the rubble of war.”

Sir Keir, asked about his economic proposals for the country on BBC One’s Andrew Marr Show on Sunday, said it was too early to predict what the outlook would be.

He added: “I’m not at this stage going to set out what the position is going to be in 2024. I don’t know what the state of the economy will be then.

“I do know that we need to have priorities going forward, secure our economy, protect the NHS and rebuild our country.

“When it gets to 2024, I will spell out in great detail what an incoming Labour government will do.”

“We have delivered an unprecedented £280 billion package of support to protect jobs, livelihoods and public services through this pandemic: paying the wages of nearly 10 million workers through our furlough scheme, increasing Universal Credit by £1,000 and giving councils extra funding to help the most vulnerable.

“The Conservatives will continue to put families and communities at the heart of every decision we take as we deliver on our promises to the British people.”