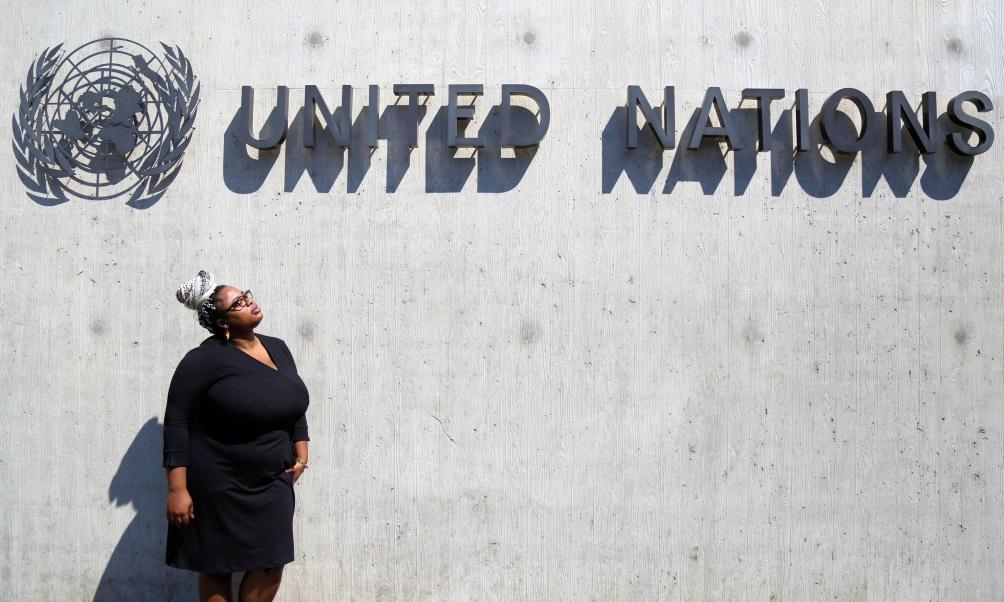 When the United Nations was founded in 1945, the principle of equality for all – regardless of sex, race, language, or religion – was enshrined in the organization’s Charter. More than seventy-five years have passed and during the intervening decades the UN has played a leading role in advancing gender equality around the world. But there is one significant way in which the UN, through the General Assembly of Member States and the Security Council, has failed to live up to its stated ambition, and that is in the selection of its own leader.

The current President of the General Assembly, Volkan Bozkir of Turkey, began this year’s process of selecting the next General-Secretary in the right direction by openly calling for nominations. However, individual UN Member States did not take up the baton by nominating strong women candidates, which they had been encouraged to do in the 2016 election and which had been enshrined in a 2015 resolution.

Guterres participated fully in the selection process, submitting a vision statement and taking part in an “informal, interactive dialogue,” during which he answered questions (in an impressive three languages) from Member States and civil society. However, there was never any doubt that he had the incumbent advantage, especially as he remained the only official nominee.  On 8 June 2021, this was further cemented when the Security Council recommended to the General Assembly that Guterres be appointed.

With continued transparency, as called for in the General Assembly’s 2021 draft resolution on Guterres’ reappointment, and with input from civil society including coalitions like 1 for 7 Billion and others, there is no justifiable reason a woman Secretary-General should not be selected.

As a self-proclaimed “proud feminist” Guterres should now do all he can to pave the way for the many qualified feminist women to be nominated and one to be selected by Member States when the position next becomes available in 2026.

During Guterres’ time in office, the International Center for Research on Women (ICRW) has been grading his performance in feminist leadership in areas such as achieving gender parity in senior positions across the UN, and providing adequate financing to achieve gender equality within the UN.

The importance of working with women’s rights organizations, strengthening UN Women, and holding Member States accountable to commitments to achieve gender equality have also been highlighted, along with a strong call to lead by example. Their latest report gives Guterres a “B” and applauds the great strides made in reaching gender parity within the UN’s senior management under his tenure.

However, a neglected concern highlighted in the ICRW report, and which still requires attention, is the problem of sexual harassment and abuse within the UN work environment. Lack of independence and accountability – acknowleged by even the UN internal justice system itself – cannot remain side-lined if the Secretary-General’s “zero-tolerance policy” on sexual harassment is to be achieved. Member States should support this work as part of their commitment to ending violence against women.

Such commitments must extend to cyberspace, especially in the age of “anarchic and criminal behaviour in cyberspace” noted by Guterres. Online sexual abuse, exploitation and harassment have grown exponentially since the onset of the pandemic and there is no reason to think it will end. The scope and scale of digital and internet connectivity and affordable camera-ready technology is enabling online harms to occur at unprecedented levels across the world. Gender based violence is taking new forms and being perpetrated and amplified online with impunity.

Rule of law must be applied in the digital sphere, with protective and preventive measures enacted and enforced to eliminate all forms of violence against women and girls, including online sexual exploitation and abuse.

UN agencies, governments, big tech, and civil society need to work together to develop and adopt international standards that will provide a guiding framework for international cooperation. Incorporated within this is the enactment of laws at a national level that address the gendered and multi-jurisdictional nature of gender-based cybercrime. Positive law reform at the national level must be encouraged and invested in by and through the UN. Member States that fail to live up to their obligations should be held to account.

Governments have a duty to protect women’s and girls’ rights in all spaces and relationships, public or private, to tackle their unequal status. This includes amending or repealing gender discriminatory family laws that underpin economic disadvantage, exploitation and violence, thus preventing women and girls from participating wholly in society and reaching their full potential.

As his stated number one priority for accelerating gender equality, it was heartening to see Guterres commit to continuing to call on global leaders to act together to make gender equality a reality by “realizing women’s equal rights fully, through the repeal of discriminatory laws and the enacting of positive measures”.

The UN must continue to actively encourage Member States to repeal or amend all discriminatory laws, implement progressive legal and policy frameworks, and adopt and enforce constitutional provisions that guarantee equality without exception.

A positive demonstration of this can be found in countries’ commitments to reform discriminatory family law expressed at the Commission on the Status of Women, and in anticipated commitments at the Generation Equality Forum, which has been convened by UN Women, France and Mexico and is happening in Paris at the end of June. Taking place thanks to advocacy by the Global Campaign for Equality in Family Law and others, the Forum is galvanizing around the themes of #GenerationEquality and #ActForEqual, with a focus on gender equality investments, programmes and policies.

Advancing women’s leadership and gender equality, during COVID and beyond

In numerous countries, COVID-19 has weakened social protection systems and pushed many women and girls into extreme poverty, further widening the pre-existing gender poverty gap. Concerning reports of increases in child marriage and female genital mutilation, girls dropping out of school, domestic violence, and an exploision in online sexual exploitation, are just a few examples of how women and girls have been, and are still being, adversely impacted by the pandemic.

Highlighting the selection of the next UN Secretary-General and gender equality issues is particularly timely considering the annual High-Level Political Forum (HLPF) on Sustainable Development in July 2021 will be discussing recovery from the pandemic and how best to build an inclusive path towards achieving the Sustainable Development Goals (SDGs). Integral to ending poverty and ensuring no one is left behind is SDG 10’s focus on reducing inequalities, as well as SDG 5’s aim of gender equality and women’s empowerment.

The current draft of the Ministerial Declaration to be adopted at the end of the HLPF session “reaffirm[s] the need to ensure equal opportunity and reduce inequalities of outcome, including by eliminating discriminatory laws, policies and practices and promoting appropriate legislation, policies and action in this regard,” and recognizes the right of children and youth to grow up in an environment – both online and offline – that is free of “violence, … abuse and exploitation”.

Member States should also do all they can to live up to commitments – including those made over a quarter of a century ago in the Beijing Platform for Action – to nominate women for senior leadership posts who will promote gender equality, including at the helm of the UN itself. Representation matters at the global level too.

Beyond the Generation Equality Forum and the HLPF, the UN must continue to champion gender equality as integral to COVID-19 recovery plans and challenge regressive forces attacking women’s and girls’ rights around the world.

This requires Member States to further strengthen international efforts that empower all women and girls economically and socially. To tackle the shadow pandemic of gender-based violence and discrimination, financial support needs to be directed towards boosting women’s rights movements and feminists of every generation, from the local through to the highest levels of governance, who are essential to informing effective law and policy-making, and their implementation.