The latest so-called 'migrant crisis' has laid bare the limitations of Britain’s press, showing that the vast majority of media organisations do not know how to talk about immigration with any sense of perspective or humanity. 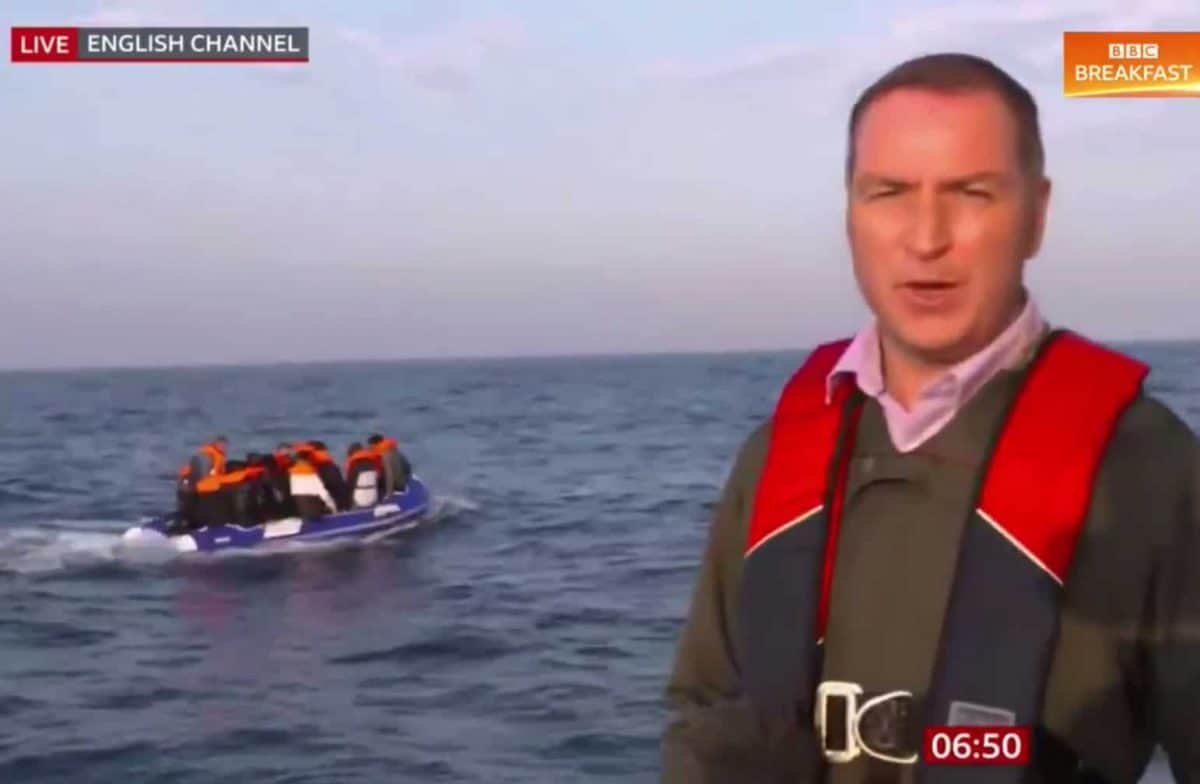 Between Thursday and Sunday, nearly 600 people crossed the English Channel in small, inflatable boats. Taking advantage of low winds and glassy waters, they have disembarked on beaches around Dover – often escorted by officials from Border Force, masked up to ward off Covid-19.

That year 1.3 million migrants applied for asylum in the European Union, Norway and Switzerland – nearly double the previous high watermark of 700,000, set after the fall of the Iron Curtain in 1992.

The UK received just 39,000 of those applications – which, according to Pew, is roughly the same number as it had done in the years before that year’s surge.

Yet a study of press reaction of the ‘crisis’ by the United Nations High Commission for Refugees found that coverage in the UK was “the most negative, and the most polarised” in Europe.

“Amongst those countries surveyed,” the study said, “Britain’s right-wing media was uniquely aggressive in its campaigns against refugees and migrants.”

Little has changed, as we’ve seen this week with the arrival of a flotilla of voyeuristic broadcast journalists seeking out migrants in the Channel, turning the plight of desperate people fleeing persecution into light entertainment.

There has been no context, no discussion about what forces the movement of people and no genuine compassion – even as, in one video, a boatful of desperate Syrian refugees bail out water from their dinghy with a plastic bucket.

It has laid bare the limitations of Britain’s press, showing that the vast majority of this country’s media organisations do not know how to have a conversation about immigration with any sense of perspective or humanity.

“There isn’t really anything talking about the push factors driving people to run away,” Professor Mike Berry of Cardiff University – who led the UNHCR study – told me. “The media is involved in shaping a climate that is very hostile.”

“In other European countries politicians might appear in the media saying negative things about migrants and refugees, in Britain it’s the newspapers themselves who have this very campaigning style,” Professor Berry said.

“It’s a day after day drip, drip, drip of negative stories about migrants and refugees – and it’s driven  much more so by the newspapers themselves than you’d find in other parts of Europe.”

This phenomenon is not limited to tabloids and headbangers. Sky News and the BBC have followed Nigel Farage’s lead, dispatched reporters to the Channel and transformed a minor story into the biggest talking-point in Britain – in the middle of a pandemic. Even Press Association – the country’s foremost, straight-down-the-middle news agency – called it a ‘crisis’ three times in the opening six paragraphs of a recent story.

So it is grimly unsurprising when polling emerges showing that nearly half the general population have little or no sympathy for migrants crossing the Channel. Why should they, when there has been no real effort to explain why people are going to such extraordinary lengths to reach the UK?

Arguably more damaging is the impact that the ‘migrants coming to Britain = bad’ message has on policy.  When the arrival of a few hundred people from the Middle East and North Africa is framed as ‘crisis’ and ‘chaos’, the solutions put forward – like sending in the military – are invariably blunt and heavy-handed.

The overwhelming emotion among policy wonks I’ve spoken to this week has been dismay that the conversation has become so warped as to obscure any solution that does not involve deploying the Royal Navy.

“Seeking asylum is a fundamental human right, and it is hugely disappointing to see so much toxic discourse on this issue,”  Lisa Doyle – advocacy director at the Refugee Council told me.

Ruth Tanner, head of Humanitarian Campaigns and Advocacy at Oxfam, agrees. “Crossing the channel in a dingy is a dangerous thing to do, but seeking asylum is not a crime,” she said. “The men, women and children risking their lives in the hope of finding a safe and welcoming place deserve our compassion,” she said.

“Rather than using inflammatory language and deploying the military, the Government should be providing safe and legal routes for people, re-starting its resettlement programme and making family reunion rules fairer,” she added.

“A strengthened resettlement programme, which brings people directly to the UK, has proven so successful in the past and would be a strong start,” Doyle suggested.

Audiences deserve a better conversation about migration – one which talks about our resettlement scheme, explains refugees try to come here, who they are and what actually happens when someone claims asylum. Without that, Britain will be locked into the same cycle of fear-mongering, escalation and overreaction.

What we are witnessing this summer is no migrant crisis. Arguably, in Britain at least, there never was one.