Several emergency service vehicles can be seen parked in a field as they attend the incident. 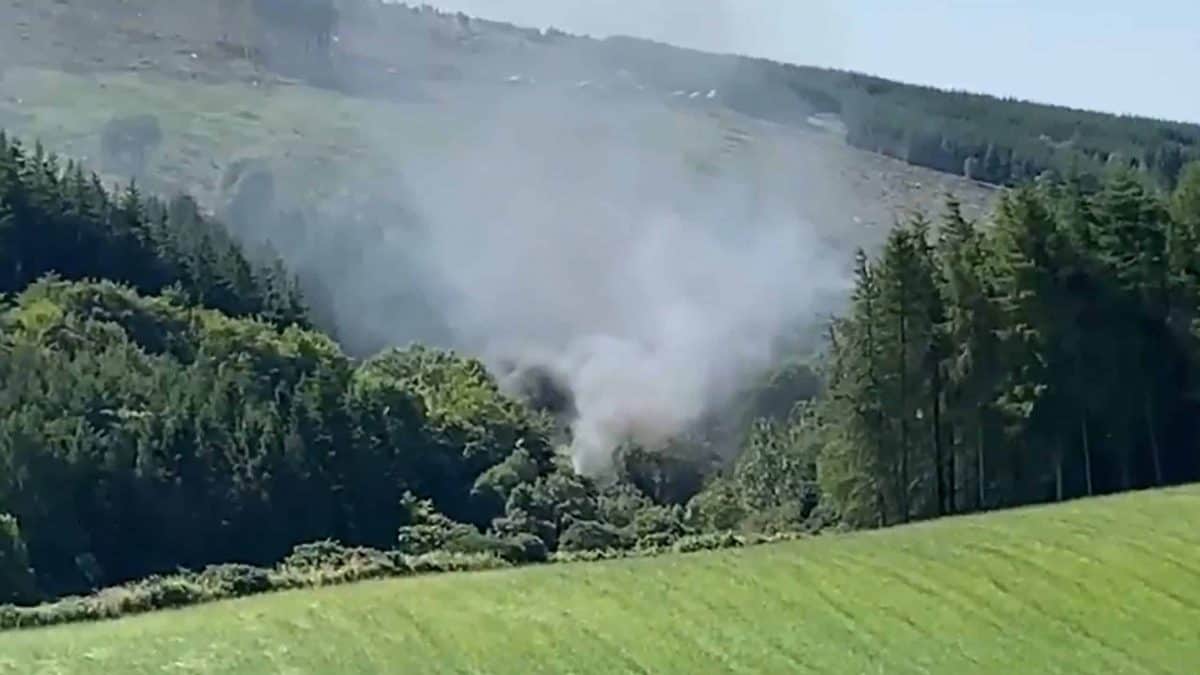 At least one person is feared to have died and serious injuries have been reported after a train derailed in Aberdeenshire amid heavy rain and flooding.

Dozens of emergency service vehicles, including an air ambulance, went to the scene near Stonehaven where the ScotRail train crashed at about 9.40am on Wednesday.

Rail industry sources told the PA news agency the suspected cause of the incident is a landslip.

Emergency vehicles and an air ambulance in a field near to the railway. Smoke still billowing from the area. pic.twitter.com/LjE6ivbEEA