More crossings continued in the early hours of Monday morning, with an inflatable dinghy thought to be carrying more than 20 people from Syria - including women and children - met by a Border Force boat off the coast of Dover. 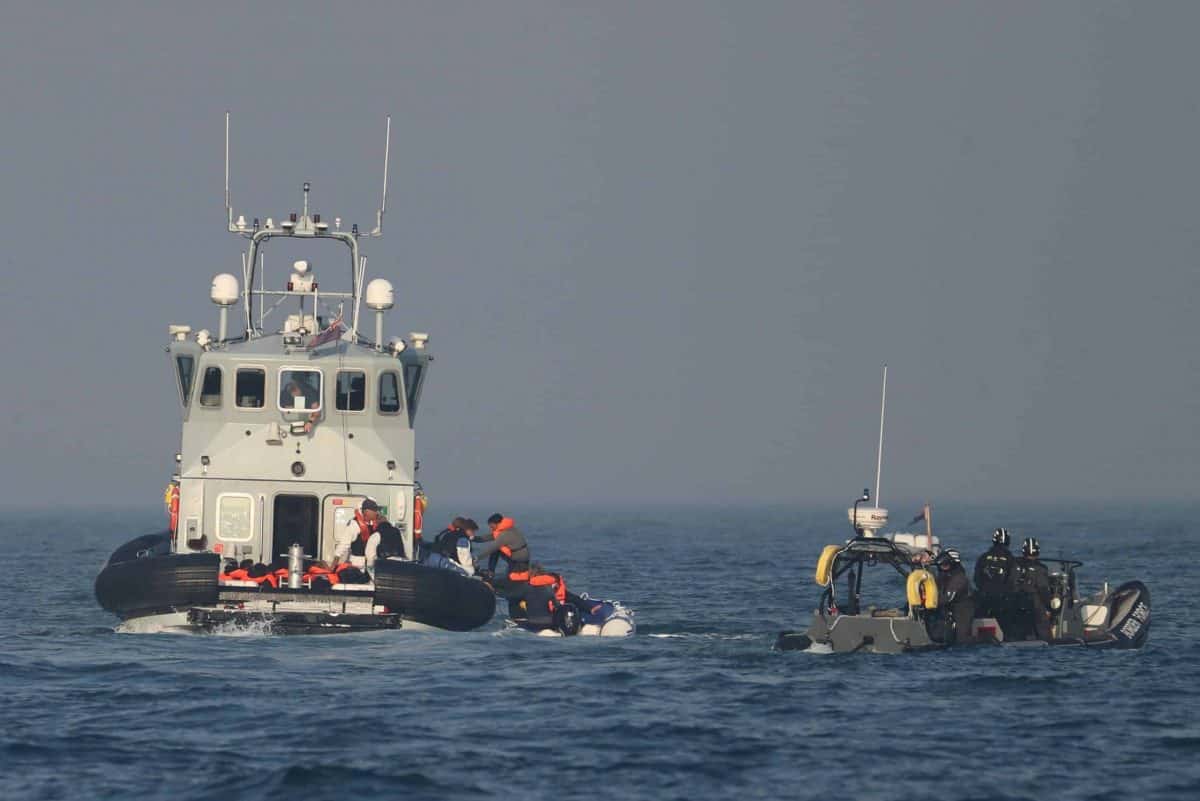 Speaking during a trip to a school in Upminster, Johnson said: “There’s no doubt that it would be helpful if we could work with our French friends to stop them (migrants) getting over the Channel.

“Be in no doubt what’s going on is the activity of cruel and criminal gangs who are risking the lives of these people taking them across the Channel, a pretty dangerous stretch of water in potentially unseaworthy vessels.

“We want to stop that, working with the French, make sure that they understand that this isn’t a good idea, this is a very bad and stupid and dangerous and criminal thing to do.

“But then there’s a second thing we’ve got to do and that is to look at the legal framework that we have that means that when people do get here, it is very, very difficult to then send them away again even though blatantly they’ve come here illegally.”

Meanwhile Calais MP Pierre-Henri Dumont, when asked about involving the Navy, told BBC Radio 4’s Today programme: “This is a political measure to show some kind of resource to fight against smugglers and illegal crossings in the Channel, but technically speaking that won’t change anything.”

Asked if it might be a deterrent, he added: “Yes, but that’s dangerous, because if there is a vessel from the Royal Navy trying to push a vessel, very small boat full with migrants, back into French waters – first you could say that you’ve got British vessels entering French waters, I don’t know if the British Government would be very happy to see the other way, if French vessels would enter without any ask, before or without any decision before, into British waters.”

French authorities were already trying to do “whatever we can” to intercept crossings, he added.

Former Home Office permanent secretary Sir David Normington told the programme he was “a bit sceptical” about using the navy and the “only solution” is to work with French officials to “persuade them to intensify their efforts to stop illegal migrants”.

Regarding speculation the UK may need to provide an extra £30 million to help the French fund patrols, he said: “Well, if it takes money to help the French increase their resources and their manpower then that will have to be done. There’s a long history of Britain putting money into resources for the French on the French coast.”

More than 4,000 migrants have now reached the UK so far this year, making the dangerous crossing across the world’s busiest shipping lane. At least 597 arrived in the country in a surge of crossings between Thursday and Sunday.