Over recent weeks, a number of prominent public figures have publicly launched verbal attacks on the religion of Islam, causing controversy, discontentment and debate across Europe. The most high-profile of these attacks came from prominent Dutch politician Geert Wilders, who in June of this year announced that he would be a hosting a Prophet Muhammad […] 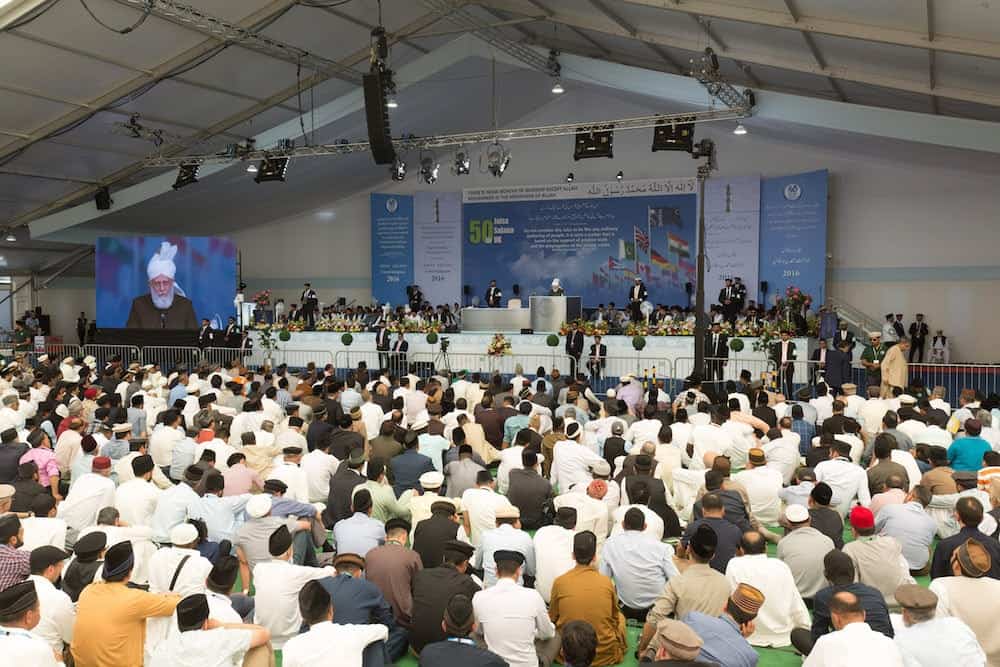 Over recent weeks, a number of prominent public figures have publicly launched verbal attacks on the religion of Islam, causing controversy, discontentment and debate across Europe. The most high-profile of these attacks came from prominent Dutch politician Geert Wilders, who in June of this year announced that he would be a hosting a Prophet Muhammad cartoon competition at his party’s parliamentary offices.

Wilders has been known for having called for mosques to be shut down, all Muslim immigrants to be banned from entering the country, and calling Islam a totalitarian political ideology rather than a religion. One of the purposes of Wilders’ cartoon competition was to highlight what he perceived to be Islam’s intolerant attitude towards free speech. Over past years, cartoons depicting the Prophet Muhammad have provoked furious, and in some instances violent, responses.

Even more recently, UKIP leader Gerard Batten made a number of derogatory and false comments about the Prophet Muhammad, accusing Islam of teaching that non-Muslims are ‘lesser human beings.’ Such comments, though on the extreme end of the spectrum, are nothing new and mirror common tropes found in far-right literature and rallies. For years many of Europe and America’s far-right political leaders have attacked Islam, raising allegations about numerous aspects of the religion. 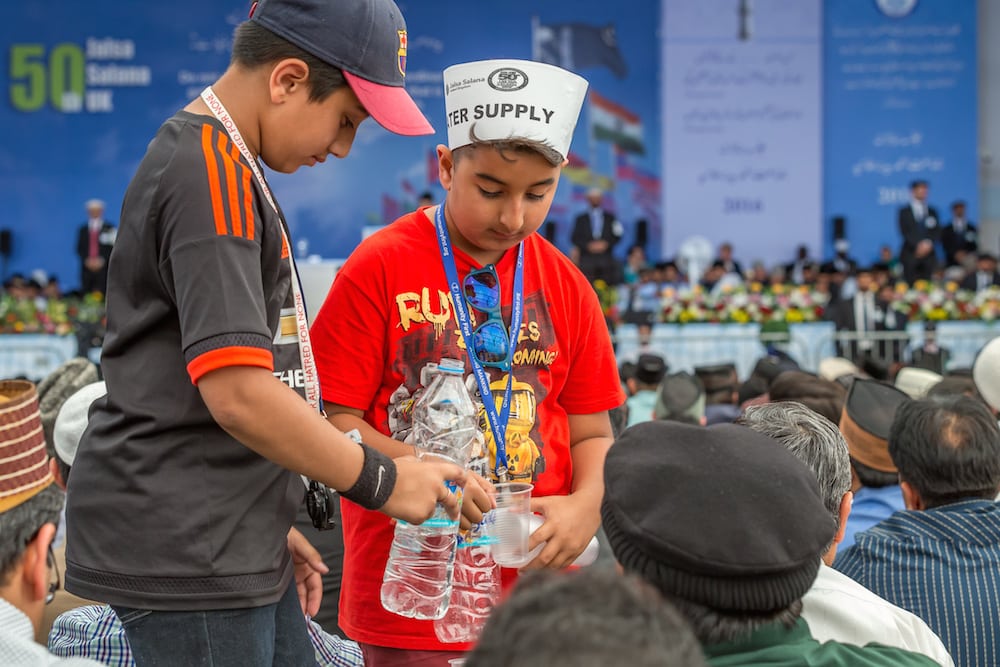 Though it is reasonable to criticise the behaviour of certain Muslim governments, leaders and ordinary citizens across the globe, it is a fallacy to equate their often-heinous behaviour with the original Islamic teaching. In order to comment on the theology of Islam, one must study its texts and its history in a nuanced and balanced manner. What we must not do, however, is simply assume that Islam must be a barbaric faith due to our observations of the acts of a minority of its followers some 1400 years after the religion was founded. In no other intellectual discipline or sphere of life, apart from in the field of religion, do people form such strongly cemented views on an issue without having properly studied it.

With regards free speech, in reality, Islam teaches that each individual has a moral responsibility to use his or her speech wisely, and not to needlessly disrupt the peace of society. However it also teaches that if someone uses offensive speech, the correct response is not to reply with abuse physical harm, but simply to move away from the source of offence, and control one’s emotions. In chapter 4 of the Qur’an, it states that “…when you hear the Signs of Allah being denied and mocked at, sit not with them until they engage in a talk other than that; for in that case you would be like them.” Even if it is impossible to avoid hearing offensive talk, Islam highlights that the best of people are “those who suppress anger and pardon men; and Allah loves those who do good.” (3:135).

Forgiveness and compassion are emphasised throughout the Qur’an as being the qualities required for a true adherent to the faith. Islam neither recommends nor condones laws against blasphemy or criticism of the religion. Despite this, a reply of some sort is nonetheless required to those who claim that Islam is violent and barbaric.

To this end, on the weekend of the 3rd-5th August 2018, at the UK’s largest Muslim convention, the ‘Jalsa Salana UK,’ the ‘Muhammad Speech Contest’ will take place, during which both Muslims and non-Muslims alike, are invited to either speak or learn about the life, qualities or impact of the Prophet Muhammad. Already, through a social media campaign, many people from all faiths and backgrounds have participated, and generated interesting dialogue and discussion. 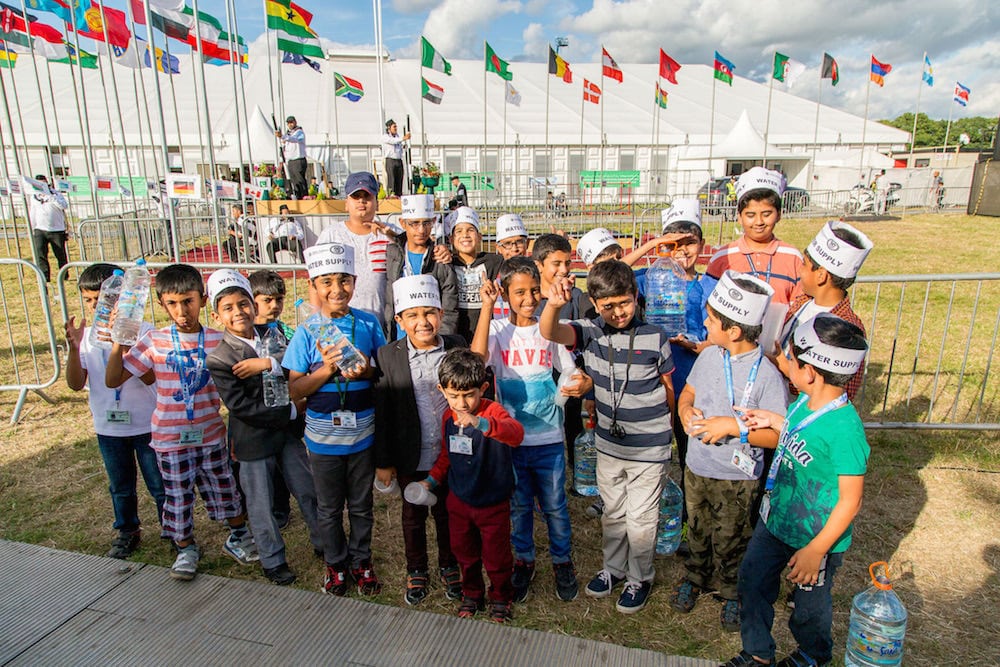 Such a competition sets an example to both anti-Islam proponents, such as Wilders, and Muslim extremists, such as those who have wrongly resorted to violence as a result of offensive cartoons. To Wilders, because it demonstrates that to make a coherent argument about a topic as complex as a religion requires intellectual discussion, rather than simply offensive drawings. And to Muslim extremists, because it practically highlights that the true Islamic way of responding to insult is to be calm and cheerful, and elevate the standard of discourse.

Unlike Wilders’ competition, perhaps the Muhammad Speech Contest, held at a peaceful convention of over 30,000 Muslims from 90 countries, can bring people of all faiths together, and improve society rather than antagonise it.