Torrential downpours and stormy gales forced bosses of the family festival at Lulworth Castle in Dorset to close the main arena on Sunday afternoon. 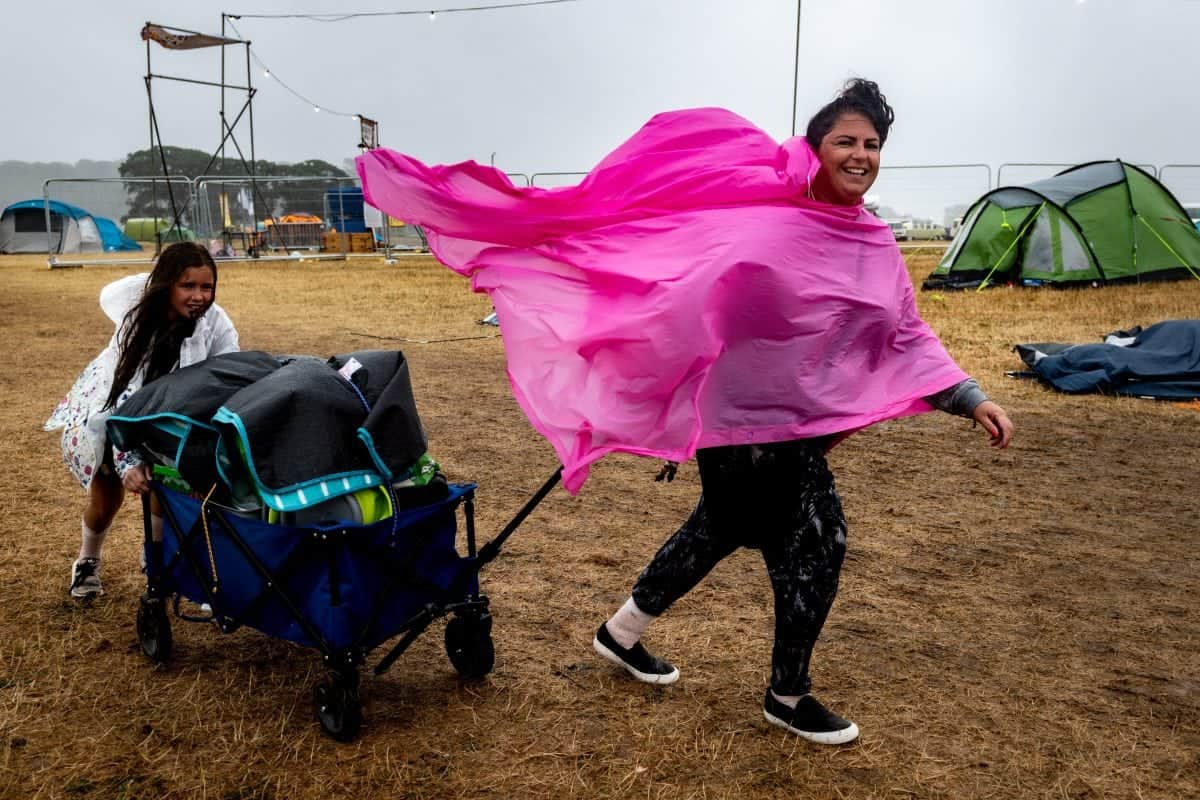 Rob Da bank’s popular family festival at Lulworth Castle, Dorset was closed early for the first time ever due to yesterday’s extreme winds and rain.

After three days that organisers say were the best in the music and arts festival’s history, they said they were devastated at having to close the main stages as heavy rains and winds made the festival impossible to continue due to health and safety concerns.

After three days of heatwave sunshine, the festival organisers announced that due to high winds and rain they were advised by their safety team not to reopen the main arenas yesterday.