For a start Jenrick admitted to wrongdoing so you’d be forgiven for thinking that Johnson might sack him purely on the grounds that he’d told the truth. 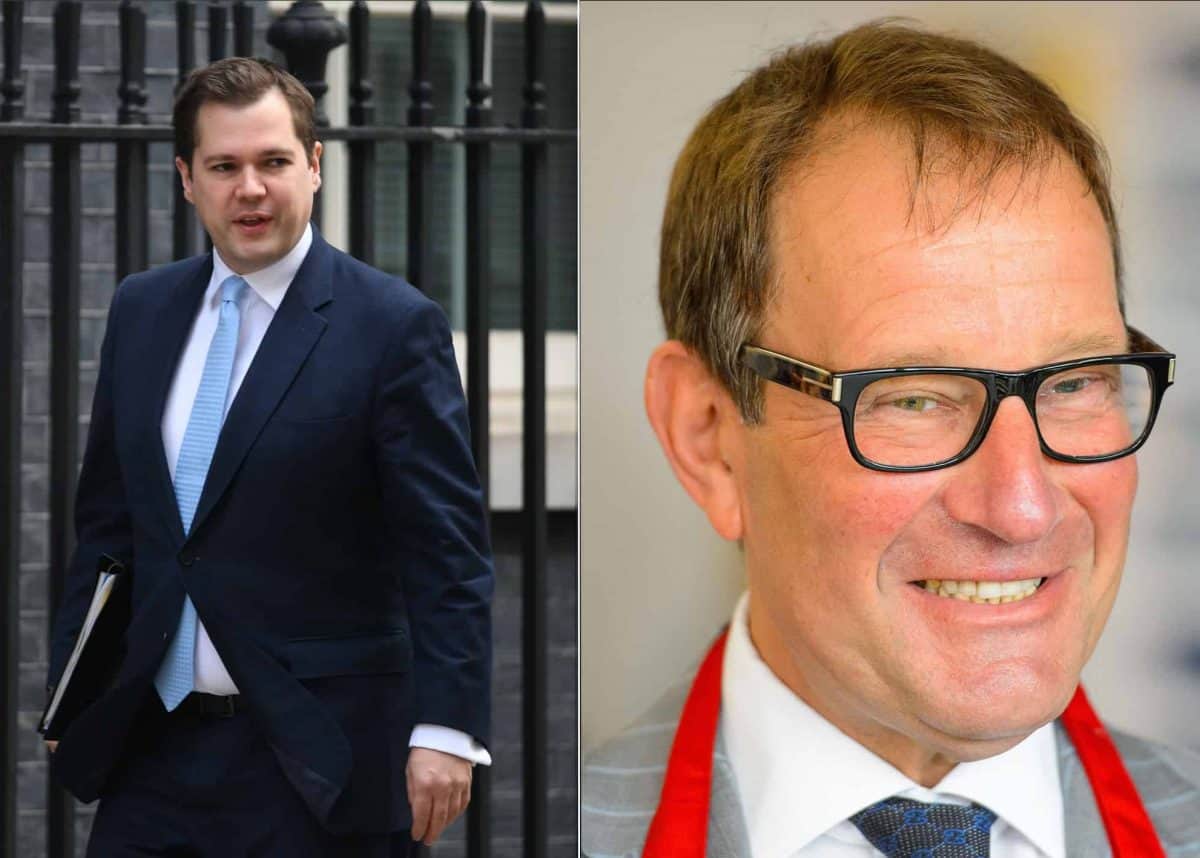 Day breaks with the dreadful news that Robert Jenrick is still employed. Fully employed not furloughed. Not suspended on full pay. Not even placed on administrative duties. Dear God this man has got more job security than a Mississippi cop. How is he still in post? For a start Jenrick admitted to wrongdoing so you’d be forgiven for thinking that Johnson might sack him purely on the grounds that he’d told the truth. Around the cabinet table of Lying McLieface I imagine any truthful utterance is greeted with the mass reciting of the Lord’s Prayer backwards to rid themselves of bad luck.

The ability of Tory MPs to hang on to their job regardless of their failures is Darwin defying. After a nuclear apocalypse all that will be left of this world will be desert, cockroaches and Tories. What evidence can I lay before you? “May I present the case file marked Grayling M’lud, shall we say case closed and break early”. I can think of no morally logical explanation of how Jenrick has clung to his job other than he is part toff and part bindweed. The result of a hybrid coupling were Johnson ever meet a Triffid on a drunken night out.

Jenrick sidles over and together they watch Desmond’s property development video. Later when interviewed separately they coyly admit to having exchanged phone numbers but leave in separate cabs for appearances sake. The director then cuts back to the meal table where it turns out the tab is about to be biked over to Tower Hamlets Council.

Love must have blossomed as Jenrick overturns a planning decision enabling Desmond to avoid £45 million of tax. Not only that but Jenrick did this 24 hours before the new tax levy was introduced. It is amazing how efficient a bunch of incompetents can be when motivated properly, presumably the Tories offer a Sleaze-Prime next day service. Maybe the Tory fundraisers  are running a GoFundMe operation where Platinum supporters get perks like a selfie with Johnson, private phones numbers and added little extras like, oh I don’t know, a coronavirus briefing outtakes and bloopers showreel. Oh and tax breaks.

Two weeks after the decision Desmond donates £12,000 to the Tory Party, though this is not an  allegation of legal wrongdoing…oh hang on there is one actually …When Tower Hamlets mounted a legal challenge Jenrick declared he has acted “unlawfully”, so yes there is an accusation of wrong doing. Jenrick acted unlawfully.

Desmond’s texts to Jenrick are now well known for the infamous line  “we don’t want the Marxists to get the doe [sic]”, ok let’s not get hung up on the misspelling of ‘dough’ the guy is a pornographer not a writer. More important is Desmond’s notion that an elected council are automatically Marxists and paying tax is giving said Marxists money. Oh if only it bloody was!  Imagine how we could fritter away the money on frivolous trinkets like schools or public health or some other monstrous soviet disco bauble. We might even reopen Sure Start centres where children would learn to spell instead of turning to a life of pornography.

For me one of the most telling moments of this affair was when a junior minister Nadhim Zahwai was sent out to defend Jenrick. He was asked how constituents might feel about the Desmond affair and he basically replied this is how we do business. His actual words were, “if people go to a fundraiser in their local area, in Doncaster, for the Conservative party, they’ll be sitting next to MPs and other people in their local area, and can interact with different parts of the authority.” So now you know, if you have problems with Universal Credit or food banks slip into your glam rags and pop along to a Tory fundraiser. That is how it is done. The democratic way is to go to diner with a Tory.

Maybe we should do it… Who’s up for clubbing together and going to a Tory fundraiser? We could raise issues with a minister, problems with extensions, dodgy landlords, car parking tickets anything at all. This is the forum to raise such things apparently. Maybe we should all club in and send one of us to raise these matters with them. Who’s up for it? Or perhaps we could just ask Jenrick about the brewing story of meeting old friends and mining moguls?