By David Rosenberg David Rosenberg is a writer, educator and tour guide, whose family helped faced down fascism as Jewish immigrants in the East End and he now conducts radical historical walks of the East End of London There is a queue of people waiting patiently in line: long forgotten Labour and Conservative figures, one-time […] 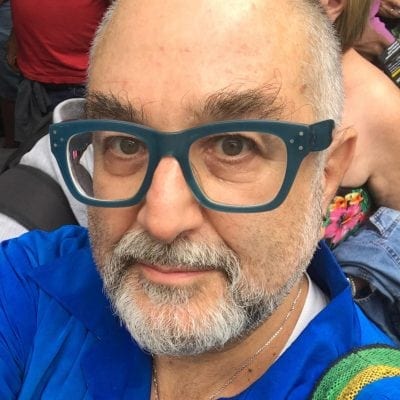 David Rosenberg is a writer, educator and tour guide, whose family helped faced down fascism as Jewish immigrants in the East End and he now conducts radical historical walks of the East End of London

There is a queue of people waiting patiently in line: long forgotten Labour and Conservative figures, one-time respected journalists who have gone sour, barely repentant former racists and warmongers…

Now former Chief Rabbi, Jonathan Sacks, has reached the front of the queue.

It was his turn to put the boot in to Jeremy Corbyn, as the crude attempt to weaken and isolate Labour’s leader continues, and Theresa May is surely pondering a snap election.

Lord Sacks today told the BBC’s Andrew Marr Show that “When people hear the kind of language that has been coming out of Labour, that’s been brought to the surface among Jeremy Corbyn’s earlier speeches, they cannot but feel an existential threat.”

He insisted that: “Anyone who uses the term Zionist loosely, without great care, is in danger of engulfing Britain in the kind of flames of hatred that have reappeared throughout Europe, and is massively irresponsible.

“There is danger that Jeremy Corbyn may one day be prime minister, he is the leader of Her Majesty’s opposition, and I’m afraid that until he expresses clear remorse for what he has said and what his party has done to its Jewish sympathisers as well as its Jewish MPs, then he is as great a danger as Enoch Powell was.”

The former chief rabbi insisted that Jewish people were thinking about leaving the UK in an interview that followed his inflammatory New Statesman “interview” – well, platform. Interviewers are supposed to probe and challenge, but in the piece Rabbi Sacks had thundered:

“The recently disclosed remarks by Jeremy Corbyn are the most offensive statement made by a senior British politician since Enoch Powell’s 1968 ‘Rivers of Blood’ speech.” 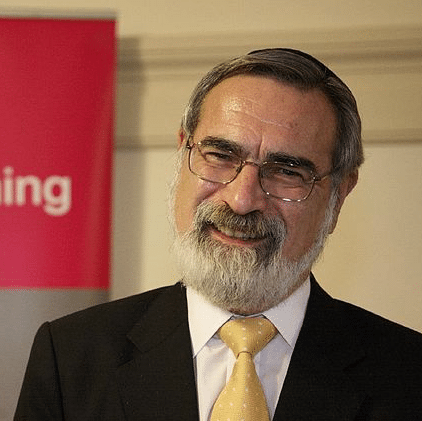 These were so significant apparently, and so offensive, that, as one commentator put it yesterday, they only took five years to notice them!

They also needed to splice out two minutes from the video of Corbyn’s 2013 speech immediately before the allegedly offensive remarks, in order to completely distort the context.

Sacks condemned Corbyn’s remarks about Zionists and chose to read them instead as being about Jews.

Either he was shown the ubiquitous doctored version of the speech by those who knew better, and he didn’t bother to look further, despite Labour’s Press Team pointing out the discrepancy within 24 hours, or he saw the full version and deliberately spun it as antisemitic for nefarious political purposes.

Either way he owes Jeremy Corbyn a big apology.

Corbyn was clearly talking about certain Zionists who had berated the Palestinian Ambassador at a meeting in Parliament shortly before the event where Corbyn spoke. In those spliced out two minutes, Corbyn talks about Balfour in more depth, cites the progressive Jews who opposed the Balfour Declaration, and discusses Jewish progressives who played such a crucial role in the Labour Party and the trade union movement in London before Zionism became politically ascendant.

It is absolutely clear that Corbyn is referring to Zionists not Jews in general. Ironically (and a lot of this incident hinged on understandings of irony), Corbyn may not have been aware that these particular Zionists, who specialise in disrupting pro-Palestinian events, include individuals who are friendly with, and freely mingle with, activists of the English Defence League and Britain First on Islamophobic protests – two organisations that still parrot Powellite slogans .

Who brought Corbyn’s speech to light? Step forward the Daily Mail, a newspaper that has done more than most to ensure that the poisonous legacy of Powell’s remarks endures in the current day.

Sacks described Corbyn’s alleged remarks as divisive and hateful. This, coming from the man who, as Chief Rabbi of the United synagogue – the largest movement of orthodox Jewry in Britain – refused on principle to attend the funeral of a much-loved and admired communal figure, the Reform Judaism rabbi, Hugo Gryn.

Rabbi Gryn served for 32 years at the West London synagogue – one of the largest Reform congregations in Europe (and incidentally where I was married).

Gryn was an Auschwitz survivor from Berehevo, then in Czechoslovakia, today in  Ukraine. His family arrived in Auschwitz in 1944 when he was 14-year-old. His 10-year-old brother was gassed to death on arrival. He and his mother survived. His father, weak and ill, died a few days after liberation.

Why did Rabbi Sacks refuse to honour Hugo Gryn? Because, a leaked letter revealed, Sacks saw Rabbi Gryn as part of a “false grouping” of “those who destroy the faith”. Gryn was a mentsh (a real human being). Sacks’ non attendance at the funeral and his “justification” for this action was hateful.

As Chief Rabbi he talked a lot about “unity” in the Jewish community but sowed the opposite. One of his first initiatives as Chief Rabbi was a Jewish unity walkabout in Hyde Park, only he got into hot water for his decision to exclude the Jewish Lesbian and Gay Helpline, which supported marginalised and discriminated against Jews, from participating in it. Nothing, if not consistent, he spoke out later against the right of gay men and lesbians to marry.

Earlier this year Sacks was criticised by many within and beyond the Jewish community for helping Donald Trump’s right hand man, Mike Pence, write a speech delivered in the Knesset coinciding with Trump’s disastrous and provocative decision to move the American Embassy to Jerusalem.

Pence is an evangelical Christian, who holds hardline positions on gender equality, gay rights and abortion, demanding that public funds for HIV/Aids be redirected to “conversion therapy” for LGBT people.

It wasn’t Sacks’ most embarrassing moment in relation to Israel and Palestine. Those would come in 2012 and 2017.

As Ha’aretz correspondent Anshel Pfeffer reported, at the height of Operation Pillar of Defense in Gaza in November 2012, in which 174 Gazans were killed by Israeli bombing and many hundreds more wounded, Sacks completed another “Thought for the Day” on Radio 4. Then this happened: BBC presenter Evan Davis, addressing him familiarly as Jonathan, asked “any thoughts on what’s going on over in Israel and Gaza at the moment?” Sacks sighed and said “I think it’s got to do with Iran actually.” At this point, co-presenter Sarah Montague quickly whispered “we’re live.” Sacks immediately reverted to a reverential tone offering a “continued prayer for peace, not only in Gaza but the whole region.”

For many years, tensions in Jerusalem have reached a pinnacle in May/June when the March of the flags in East Jerusalem takes place on Jerusalem Day. Ha’aretz’s correspondent Bradley Burston describes it as “an annual, gender-segregated extreme-right, pro-occupation religious carnival of hatred, marking the anniversary of Israel’s capture of Jerusalem by humiliating the city’s Palestinian Muslims”, in which marchers have “vandalized shops in Jerusalem’s Muslim Quarter, chanted ‘Death to Arabs’ and ‘The (Jewish) Temple Will Be Built, the (Al Aqsa) Mosque will be Burned Down,’ shattered windows and door locks, and poured glue into the locks of shops forced to close for fear of further damage.”

Last year Rabbi Sacks extended a “personal invitation” to Diaspora Jews to join him on a trip to Israel which includes “leading” the March of the Flags on Jerusalem Day and “dancing with our brave IDF soldiers” in the  settler enclave inside Hebron.

Ha’aretz pleaded with Rabbi Sacks not to attend, saying, “one of the world’s most respected rabbis sends a message of normalization and acceptance of the occupation by the mainstream Jewish community. Many Jews in the Diaspora work hard to emphasize that being Jewish is not synonymous with supporting the Israeli government, and that supporting Israel’s right to exist is not synonymous with supporting the occupation. Rabbi Sacks’ actions risk undermining these messages.”

He ignored them and did help to lead the March of the Flags, together with the new Chief Rabbi Mirvis, who also enjoys putting the boot into Corbyn regularly, and whose dinner guests on the night before Theresa May became leader of the Conservative Party, were indeed Mrs May and her delightful husband.

That description of Sacks as “one of the world’s most respected rabbis” certainly jars with me, given the hatred and division he has himself sown.

You were never my Chief Rabbi.

So who did he draw respect from?

Forty  years after Powell’s hateful “Rivers of Blood” speech, in 2008, Sacks made it up to number 30 in the Daily Telegraph‘s top 100 right wingers, a full 47 places above Theresa May (before she invented Hostile Environment), and well above John Redwood Lynton Crosby, Norman Tebbit, and that rising star for all Islamophobes, Douglas Murray.

Needless to say Murray included an apologia for and re-interpretation of Powell’s Rivers of Blood speech.

But then again it wasn’t the likes of Rabbi Sacks, and the cushioned middle classes who experienced on the streets the fallout from Powell’s hate speech. It was predominantly the Asian and Caribbean communities facing vicious racial violence, including racial murders, and the anti-racist movements, abused and attacked by the far right forces Powell encouraged.

Those communities, the anti-racist movements, the refugee communities today, in the face of brutal attacks, have continued to resist. And through those years of resistance they have known they can rely on solidarity from allies beyond their own communities. One absolutely constant and ever-present ally, at their side then and now, is Jeremy Corbyn.