Paul Farthing along with his 173 cats and dogs is on course to be evacuated thanks to an apparent intervention from the PM. 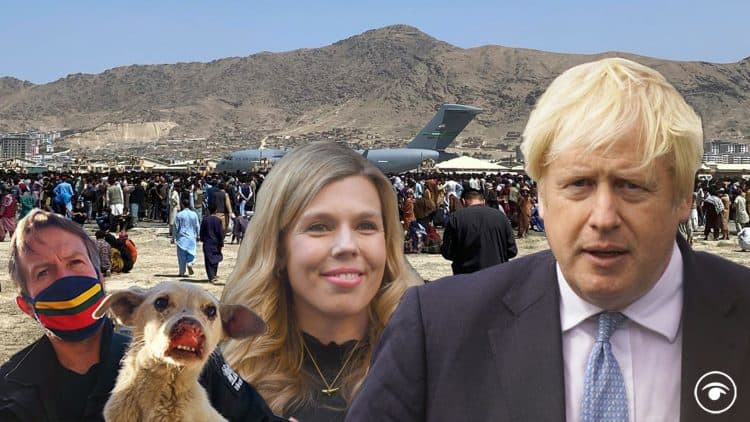 Defence secretary Ben Wallace had to fight back tears last week after he admitted “some people won’t get back” from Afghanistan amid a desperate struggle to get UK nationals and local allies out of the country.

US president Joe Biden rejected calls from Boris Johnson to extend his deadline for withdrawing US troops past Tuesday August 31 in order to prolong the humanitarian mission to airlift people to safety.

Ministers have since conceded that they will not be able to help everyone flee before UK troops leave Kabul.

They hope that Afghan citizens may be able to depart at a later date, but the Taliban has already made it clear that they “are not in favour of allowing Afghans to leave”.

One person who could be assured a safe passage isPaul Farthing,known as Pen, who is currently stuck outside Kabul airport with 173 cats and dogs in tow.

Since the collapse of the Afghan government, he has campaigned to have his staff and their families as well as his dogs and cats evacuated from the country in a plan he has dubbed Operation Ark.

Wallace had previously said that he would prioritise people over pets as he hit back at suggestions that the evacuation of the animal charity from Afghanistan was blocked.

Daily TV appearances and unrelenting social media posting seem to have done the trick in getting the defence secretary to change his mind.

Albeit, if rumours are to be believed, under duress.

The way the wind is blowing

The debacle has given an interesting insight into how the government is run and how crucial decisions are being made.

“Well, I think that you have to see Boris as a career map,” the ex-Tory leader said. “He works it out, he decides which way the wind is blowing, and that wonderful phrase about a politician – a man who waits to see the way the crowd is running and then dashes in front and says, ‘Follow me’.”

Dominic Dyer, an animal rights campaigner, said that Johnson “most certainly had something to do with the change” of heart in the case of Mr Pen, as well as one other person who tends to have the PM’s ear: his wife, Carrie.

If true, it confirms what we have all come to believe about this government; that it bases decisions on publicity, not policy, and gives undue sway to unelected individuals.