By Chris Renwick  I’ve noticed a few recurring arguments against voting for Jeremy Corbyn. Theres one in particular that stands out to me. It comes in different flavours but it is essentially the same argument… “what planet are labour supporters on?” “don’t believe the spin, he’s a liar like the rest” “get a grip” “you’re […] 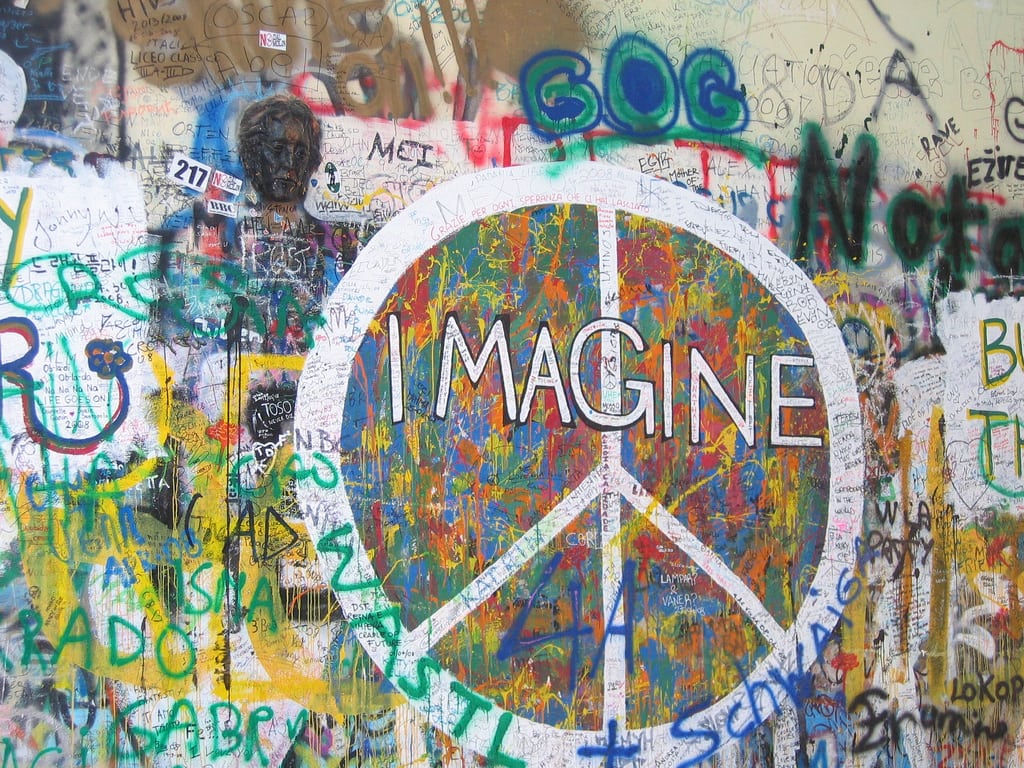 I’ve noticed a few recurring arguments against voting for Jeremy Corbyn. Theres one in particular that stands out to me. It comes in different flavours but it is essentially the same argument…

“what planet are labour supporters on?”

“don’t believe the spin, he’s a liar like the rest” “get a grip”

“you’re dreaming yourself into a disaster”

The underlying theme, I would argue, is that Corbyn supporters are not living in reality. Their views are based on belief. Anyone considering a labour vote is nothing but a dreamer. Why? Why do we dismiss the idea of a functioning socialist government that benefits everyone?

Before I explain my conclusion, we must understand what it is to dream.

Is dreaming not simply using our imagination with a bit of hope and optimism? Does our imagination not kick in, to some degree, whenever we make any decision? Regardless of which way we intend to vote, we will use our imagination to try and make the best choice for us. For example, Corbyn has never been a PM, therefore we have no evidence of him being a PM. Likewise, Theresa May has never overseen the negotiations of a country breaking away from a continent, there is no direct evidence of her ability to do such a thing. We collect as much evidence as possible, then we fill in the blanks with our imagination and make our choice based on that. Yuval Noah Harari believes that it is our imagination that sets us apart from animals, he says that every step forward by a civilisation had to first be imagined. But why are many of us struggling to imagine a better future?

I think the first obstacle is that a vote for Corbyn requires more imagination than a vote for May. Why? To my knowledge, We haven’t had a truly, ethically socialist PM since possibly Clement Attlee back in 1951. So, none of us have really lived under a truly socialist government. Therefore it’s difficult to picture it. It’s certainly harder to imagine Jeremy Corbyns Socialist government than a government that’s been in power for the last 7 years and wants to continue in exactly the same fashion; There’s barely any imagination required for that.

The second difficulty is a combination of time and deliberate media misguidance. Life is busy, we’re not all blessed with hours of free time to sit around reading and debating. This is where the media steps in. When we are presented with something that we have no experience of and don’t fully understand, like socialism for example, the media quickly jumps in to tell us “it’s communism”. It’s a quick and easy label, that everyone recognises, and can completely undermine the greatest of socialist agendas… which the billionaire media tycoons and well educated newspaper editors are well aware. Virtually no imagination and certainly no evidence is used and we can then carry on with our day knowing that for us, the idea of socialism has been securely locked away in a mental box marked

The last hurdle, is maybe the hardest to overcome. I would argue it’s the root cause of our apparent fear to dream; life and learnt behaviour. Life is tough and most of us have probably had our hopes and dreams crushed more than once. As we age, we start to shy away from dreaming. To make matters worse, as we move through childhood those around us pass on their inability to hope and dream. It’s all reminiscent of a child telling their parents that he wants to be a footballer or that she wants to be a ballerina. The child is quickly given a lesson on “reality” and is told that pursuing these options is folly and dreaming in such a way will only lead to ruin…. “Get a grip child, you’re living in cuckoo land”. We all want things to be better. We’re all aware of how bad things have become. We know how your average politician operates, we’ve been going down that road for decades, it isn’t getting us anywhere. Wars are still being waged, inequality is worse than any of us can remember and the grip of power only tightens, having a detrimental effect on more and more of us every day.

So there must be more going on below the surface of snappy headline regurgitation. It certainly goes some way to explaining why so many are clinging vehemently to such weak arguments, if you can even call them that, like unproven IRA links, Jeremy’s facial hair and Diane Abbott.

We’re all scared to some extent. But DO NOT be scared to dream. Dreaming is of the utmost importance right now. Using all the evidence available and Imagining a better future is the first step towards a better future. We’re a hard working, determined and inventive nation. It is our imagination and acting upon it that produced the steam engine, the Internet and the Beatles…. Whatever we dream, we can make happen.

We have a huge and frightening decision to make on Thursday. Don’t vote on the current system because it’s familiar. Don’t brush aside your dreams because your parents told you not to follow them. Don’t ignore your imagination because you don’t have enough information to form a picture for yourself. Don’t allow the media to paint a picture for you. Read, debate and dream. If we all do that, we have a shot at leaving this outdated and rotten establishment controlled system behind.

Dream and dream BIG because if we get this wrong on Thursday our dreams may be the only thing we have left.