If Boris Johnson isn’t prepared to give his business number to all 66 million UK citizens, he shouldn’t give it to anyone.

by Albert Toth
in Opinion 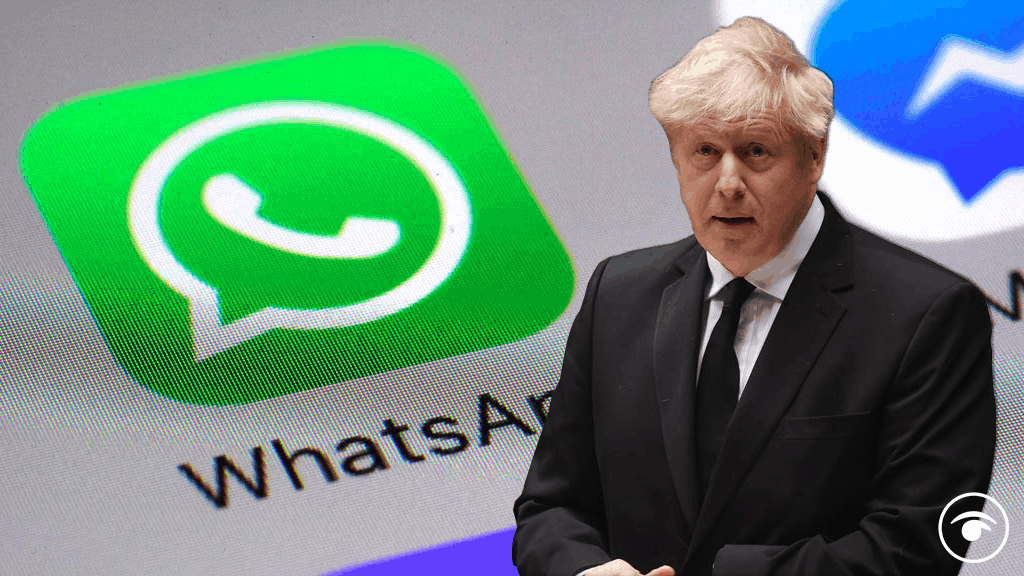 Boris Johnson is “constantly lobbied by phone”, a Tory source revealed in The Guardian yesterday following a string of leaks that point to corruption within the government.

On the same day, it was reported that businessman James Dyson exchanged texts with Boris Johnson at the start of the pandemic to request he ‘fix’ a tax issue for him personally. Johnson provided his personal assurance that Rishi Sunak and himself were on the case.

This follows from text messages leaked earlier in the week showing that David Cameron attempted similar backdoor lobbying tactics with the chancellor in April. The former PM personally requested he bend some rules to extend an emergency coronavirus loan to the company he worked for, Greensill Capital.

These revelations have led the Labour chair of the key public accounts committee, Meg Hiller to accuse the Prime Minister of running a “WhatsApp government”. Speaking to Times Radio yesterday, the MP said “I think that privileged access point is really a concern as well. Everyone should have the same access”.

But here’s the rub; They don’t.

Our democratic system, as it stands, is designed to give us all an equal say. Every one person gets one vote for the MP they feel will best represent their constituency.

Implicit in this system is the idea that we all have a hand in who runs our country. Power is delegated and controlled by the many. When you give a select few people the power to further influence government policy, you undermine the democratic system entirely.

For most people democracy is something that ‘happens’ whenever a general election comes around. But for men like James Dyson and David Cameron, that opportunity apparently comes at the push of a button.

Although cronyism within government is nothing new – Tony Blair admitted as much this week – in the past year we have seen it being ramped up at a rate of knots. We have seen health secretary Matt Hancock handing PPE contracts to his friends and family in the middle of the pandemic. We’ve seen housing secretary Robert Jenrick giving development contracts to Tory donors who he’d previously met at lavish Tory fundraiser dinners.

If anything, the most troubling aspect has been just how easy it is for certain people to get access to politicians.

The trouble with this level of cronyism is that it contributes to an increasingly unrepresentative system.

Ask yourself this: if you had Boris Johnson’s number, what would you text him? I’m sure a few funny answers spring to mind. But seriously, consider what you think the average low-to-middle earner in the UK might ask our prime minister given the chance to communicate with him directly.

Answers would likely vary between reducing their income tax, boosting universal credit, a higher minimum wage, increasing carer or NHS pay, greater support for independent businesses and so on. In short, changes that the majority could potentially benefit from, or as Labour had it in their 2019 manifesto, “the many, not the few”.

Now take someone like David Cameron. The former-PM’s request to Sunak was that he extend an emergency coronavirus loan to the business of his multi-millionaire boss Lex Greensill, despite the financial services company not qualifying to receive one. How many people does that help?

This isn’t all to say that the Great British public is altogether more altruistic or selfless than the one percenters. Rather, it is to emphasise how often their interests align. In a representative democracy, it is these interests that an elected government would put first.

Yet our government consistently makes political decisions that benefit only the select, privileged few. That is white men (usually) with a lot of money (invariably). All these instances of cronyism aren’t just one-offs. A lot of little favours add up; this is fundamental to how our government operates.

Democracy for the many

Lobbying itself isn’t the problem. It is essential that people can communicate with elected officials to inform them of relevant issues and advocate for particular positions. The key issue is a lack of transparency.

Cameron insists he “complied with the rules” around lobbying, tactfully leaving out the fact that he also helped write them. Following his actions, The National Audit Office set up the seventh inquiry into government lobbying. The government itself, however, voted down establishing a lobbying committee.

You won’t find groups representing large numbers of people like unions, charities and campaigns in Boris Johnson’s phone contacts. If you do he’s probably got their numbers blocked. Instead, they must go through the proper channels to communicate with legislators who, for the most part, don’t really want to listen to them.

Individual or small groups of lobbyists, on the other hand, can advocate for their private interests freely and will be met with chipper enthusiasm. This is a system that is backwards at its core.

If Johnson isn’t prepared to give his business number to all 66 million UK citizens, he shouldn’t give it to anyone. The key difference, as ever, is money – but you shouldn’t be able to pay for a say.