One wonders what it was about The House That Jack Built that persuaded Cannes director Thierry Fremaux to offer devious provocateur Lars von Trier a reprieve from his enforced exile. Presumably it wasn’t the scenes of duckling mutilation and toddler taxidermy that convinced him to change his mind, more likely it’s the fact that the […] 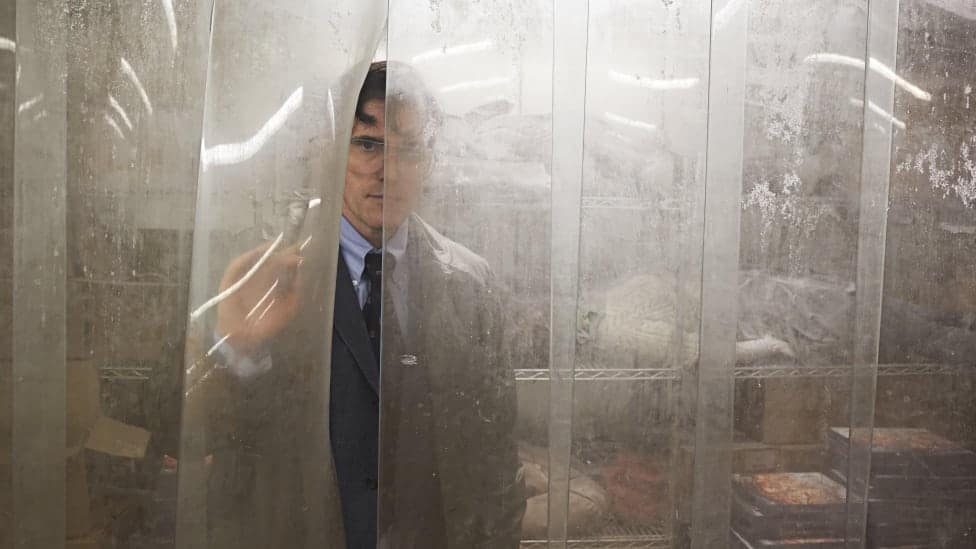 One wonders what it was about The House That Jack Built that persuaded Cannes director Thierry Fremaux to offer devious provocateur Lars von Trier a reprieve from his enforced exile. Presumably it wasn’t the scenes of duckling mutilation and toddler taxidermy that convinced him to change his mind, more likely it’s the fact that the whole thing comes across as a conceited exercise in navel-gazing that the festival’s programmers seem so keen to lap up.

Still, at least the reports of mass audience walkouts at the film’s late night premiere prove that the Danish filmmaker hasn’t lost his edge in the intervening years, right? Sadly not, for even fans of von Trier’s shamelessly incendiary oeuvre – of which this writer candidly deems himself to be – are likely to find their interest waning long before we reach the tiresome conclusion to this savage, self-indulgent wank fantasy.

Jack (Matt Dillon) may be a serial killer, but he believes his work holds a greater value. He postulates that each murder he has committed is an artwork in itself; from the nameless woman (Uma Thurman) whose head he caved in with a car jack, to the group of strangers he planned to execute with a single rifle bullet. As he describes his actions in forensic detail – impassively referring to the killings as “incidents” – we hear him reflect on how he compares artistically to the works of Blake, Picasso and Glenn Gould, the latter of whom, you will remember, was also admired by fictitious cannibalistic psychologist Hannibal Lector. Jack clearly considers that he belongs to a higher power; maybe he thinks he’s the messiah. “In reality, you were a terrifying, perverted Satan,” exclaims Bruno Ganz’s faceless companion, authoritatively.

Dillon has always felt like an outsider in Hollywood, hardly a performer with dramatic authority. But here he’s unleashed with a dizzying impact. His rendering of Jack is intimidating and uneasy, in a way reminiscent of Tom Hardy’s interpretation of Charles Bronson – viciously manipulative and sardonically quirky. A notable highlight is Jack’s encounter with Siobhan Fallon Hogan’s (also) nameless widow, whose demise induces a ludicrously comic scene of compulsively frenzied cleaning.

When von Trier was ostracised from the Croisette back in 2011 for joking about sympathising with the Nazis, the Cannes board declared the director’s comments to be “unacceptable, intolerable, and contrary to the ideals of humanity and generosity that preside over the very existence of the festival”. So it’s almost ironic that they’ve seen fit to allow him back to present a film that appears to flagrantly embrace these ideals.

There’s a curious thread of self-examination that the director weaves through Jack’s diatribe – at one point making express reference to his own work through a succession of clips – but von Trier only seems able to formulate these ideas through excessive scenes of ruthless violence, and a crass overreliance on misogyny that he immodestly believes can be justified with some inane, sixth form philosophising. Many will doubtless take against the visceral barbarity of Jack’s actions, though in my mind that’s not nearly as objectionable as the fact that the film is, for much of its running time, agonisingly boring; too hollow to be offensive, and too cruel to be clever.

Keep Up To Date With Our Cannes 2018 Coverage
https://www.thelondoneconomic.com/film/cannes-2018-blackkklansman-first-look-review/15/05/