Of all the wise words that have propelled Emmanuel Macron to within a grasp of the French presidency the one that will strike a chord with British people is: “A Left that does nothing achieves nothing”. After two terms of Conservative rule and a soon-to-be third term around the corner if the polls are to be […] 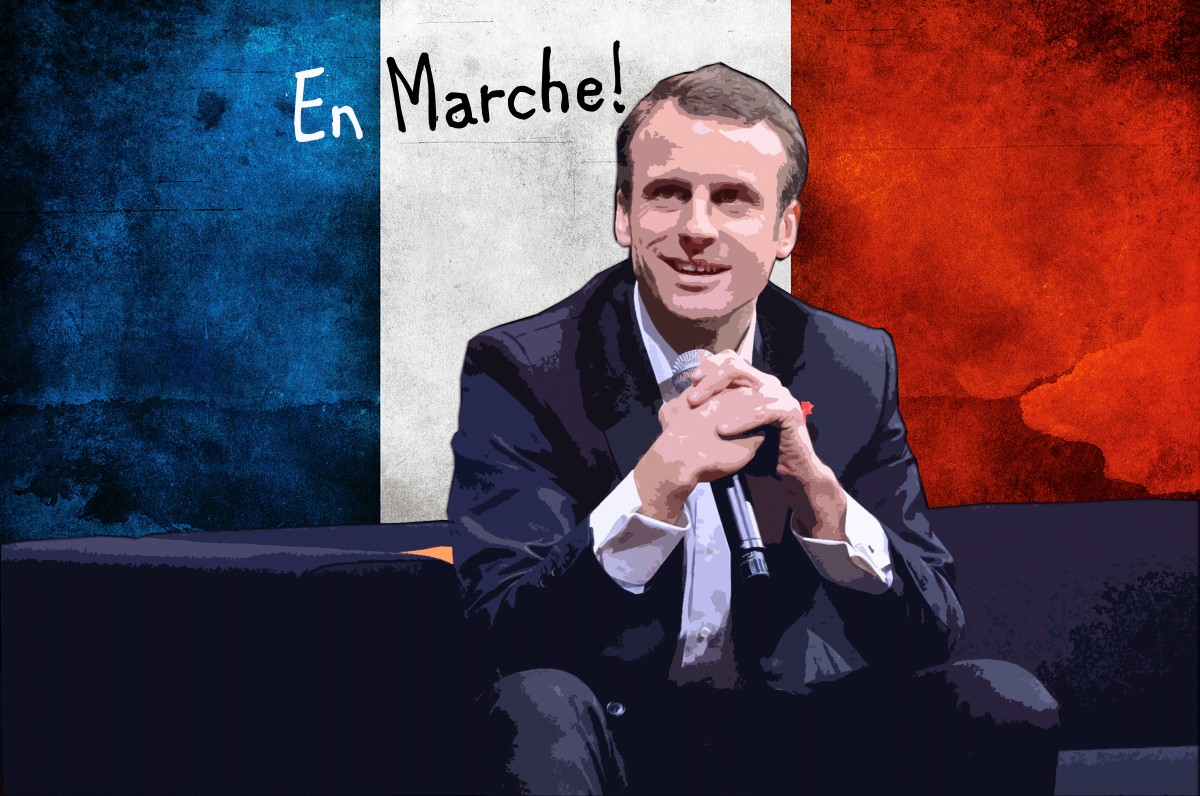 Of all the wise words that have propelled Emmanuel Macron to within a grasp of the French presidency the one that will strike a chord with British people is: “A Left that does nothing achieves nothing”.

After two terms of Conservative rule and a soon-to-be third term around the corner if the polls are to be believed it is clear that the left is out of sight for the time being in Britain, with our divorce from Europe confirmation that “tensions have resulted in stasis” in the UK.

For all the good will in the World it is hard to see Jeremy Corbyn winning this time around and the Liberals have taken a soft Brexit line that risks overshadowing many other important facets of a General Election, leaving the left in temporary paralysis during one of the most politically important eras of our history.

One saving grace, if not for us, may be the march of Emmanuel Macron in France, who is odds-on favourite to beat far right candidate Marine Le Pen after the second round of voting ousted all traditional parties from the contest leaving Macron’s En Marche! a nose ahead of the National Front.

Former Prime Minister François Fillon of The Republicans has since come out in support of Macron following his elimination in the first round, and Benoît Hamon of the Socialist Party has also given his endorsement after garnering some 2.3 million votes, giving Macron a pick of more than 18 million votes based on the primaries.

To understand Macron you must first understand the party he founded around this time last year in an attempt to transcend traditional political boundaries and create a transparent organisation. As Macron once said, “when politics is no longer a mission but a profession, politicians become more self-serving than public servants”, and to a large degree this is what En Marche! is setting out to change. Also known by the Association pour le renouvellement de la vie politique (“Association for the Renewal of Politics”) the party is considered to be a progressive movement, uniting both the left and right. For keen political historians, the crossovers with Tony Blair are stark.

But Macron isn’t cut from the same old political cloth like Blair was, very much espousing a “new way” of doing politics that rejects the “emptiness” of the current political system in exchange for a “democratic revolution” to end “vested interests”. That includes a ‎€50 billion investment plan for job training, a shift to renewable energy infrastructure and modernisation and a pledge to cut corporation tax, reduce unemployment from 9.7 per cent to 7 per cent and introduce local housing tax exemptions worth €10 billion. Some of his more “out there” ideas include a ban on under 15s using mobile phones in school and a €500 culture pass for under 18s.

If Macron wins, which he looks likely to do, he will become France’s youngest ever president and the only leader in the G7 group of nations to have eschewed traditional political parties to go at it alone. He is a fresh face and a much-needed counterpoint to the xenophobic, nationalistic, anti-globalisation campaign of Ms Le Pen and indeed many others across Europe and the World, and could soon become one of the most important political figures on the planet…. at least as far as the left is concerned.