From the newsletter: It is going to be an unfathomably tough year - and Rishi Sunak has done little to ease the pain. 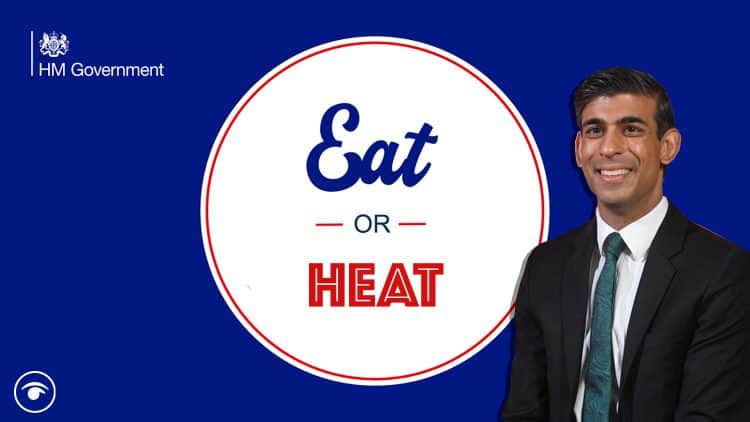 Good morning. Life in this country is about to become a whole lot harder for a whole lot of people. Like Sally, a 67-year-old cancer patient from West Sussex. Doctors told her she must keep warm because her chemotherapy can make her chest go into spasm if she gets too cold. By the end of this month she’ll be spending a quarter of her income on fuel. Or Rebecca, a single mum-of-two who quit her job in 2020 to care for her autistic six-year-old, who is having to choose between food and fuel. These are just two stories – highlighted last week by the Daily Mirror – in a sea of suffering whose tide is coming in fast.

Ofgem, the energy regulator, said yesterday that millions of people will have to pay an extra £693 a year on their energy bills – a rise of 54 per cent. The new price cap means 18 million households across England, Wales and Scotland will now pay £1,971 a year for gas and electricity. A further 4.5 million people on prepayment meters will be hit with an even bigger increase of £708 a year. According to the Resolution Foundation think tank, that means the number of homes spending more than ten per cent of their income on energy – “fuel stress” will treble to 6.3 million after April. Pensioners and people in local authority housing will suffer most acutely.

What is the Chancellor doing about it? Rishi Sunak says extra help worth a total of £350 will be available – a dash over half of the increase facing an average household. In April, people in council tax bands A to D in England will receive a one-off discount of £150. Then, in October, we’ll receive a £200 rebate on their energy bills – which will have to be paid back at £40 a year for five years, starting in April 2023. The solution to a mounting cost-of-living crisis is, apparently, un-asked for personal debt. Nor is there any indication of what happens if gas prices haven’t calmed down by the time the Treasury says repayments are due.

What might the Chancellor have done about it? The ‘told-you-soers’ can point out that Boris Johnson might have cut VAT on fuel bills, a move he touted in 2016 as a potential Brexit benefit. But really that policy – touted by Labour – would have been a drop in the ocean. A more alluring proposition coming from the opposition benches is a windfall tax on North Sea energy firms, like Shell – who, in an astonishingly tin-eared bit of PR – announced this week that its annual profits have surged to $17 billion. France has just done something similar, forcing EDF – the state energy giant – to take a €8.4 billion hit by limiting bill hikes to four per cent this year. Sunak, however, suggested yesterday that a windfall tax would “put off investors” and told MPs that it was unsustainable to “artificially” hold down energy prices. The price cap is, it seems an omnipotent force of nature, impossible to resist, sweeping us along in its thrall.

So here we are, glaring at the roads not taken, waiting for the inevitable gut-punch. There is ire in some corners that the Chancellor himself – whose wife is wealthier than the Queen – won’t feel the pinch. That doesn’t help. But really, it doesn’t matter now. What matters is that, in the next few months, millions of families will be forced to choose between heating and eating. Thousands may die.

It’s going to be a cold spring.