Once again, a crisis has shown the state to be the ultimate magic money tree. 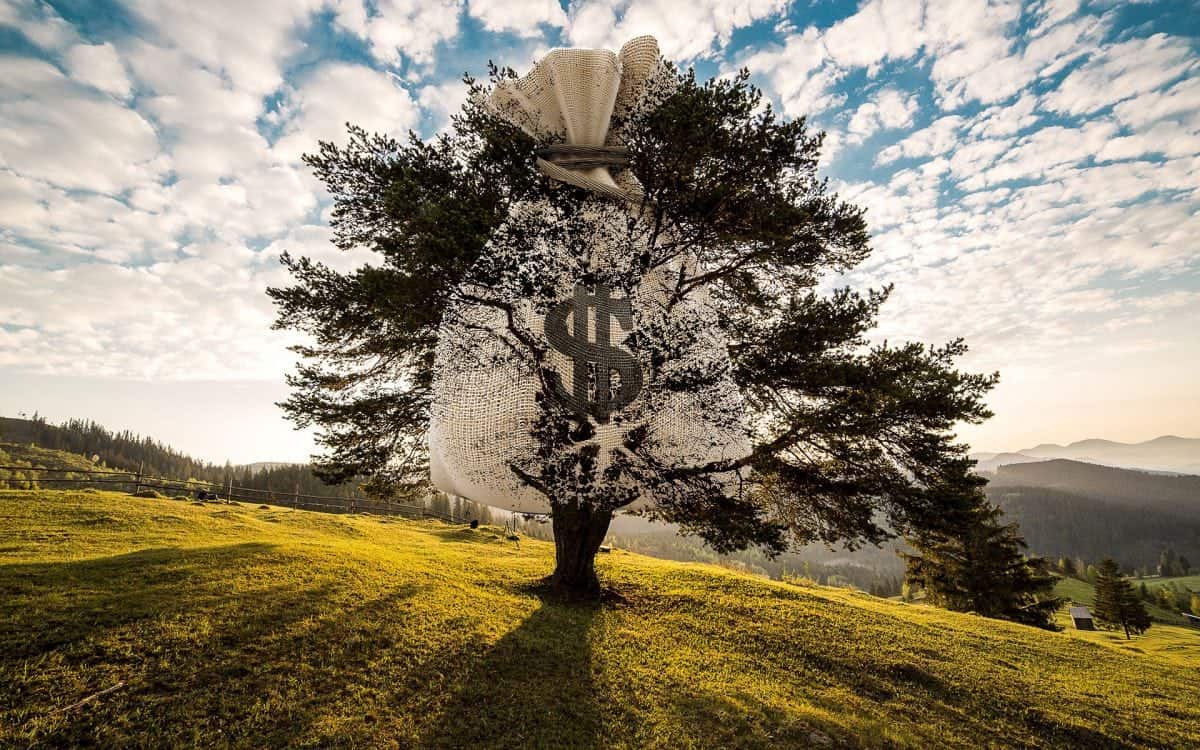 Once again, a crisis has shown the state to be the ultimate magic money tree with unlimited capacity to create new money. Even the UK Tory government has declared it will use the state magic money tree to spend whatever it takes to support the economy. This radical intervention questions conventional assumptions about money: the state does not need to rely on the market for its funding; states do not need to borrow from the private sector; they do not need to ‘balance the books’; there is no shortage of money; there was no need for austerity and punishing the poor into badly paid jobs.

The coronavirus crisis is much worse than the financial crisis of 2007-8.  It affects all sectors of the economy and there is no certainty when, or if, it will end. Lessons must be learned from the earlier  crisis. Under the leadership of Gordon Brown (who never received due credit for galvanising the rescue of finance capitalism) states via central banks came in hard and fast with huge dollops of money.   The financial sector was nationalised, subsidised, invested in, backstopped and guaranteed by states, which ultimately means by all of us.

In Britain, the post-crisis Tory-Lib-Dem Coalition trivialised the seriousness of the crisis as ‘the mess that Labour left behind’, focusing on the alleged unsustainability of state debt ‘going through the roof.’ In opposition, Labour could not refute this charge because it shared the neoliberal assumptions that lay behind it. The money to fund public expenditure was seen as the ‘taxpayer’s money’.  This was based on a ‘handbag economics’ that portrayed the state as being like a household having to live within its means as determined by the wealth of the (private sector) taxpayer.

When public expenditure went above the level the ‘taxpayer’ was willing or able to pay, the government was expected to borrow to plug the gap. State borrowing was then condemned as a burden on future generations that must be avoided at all costs.  This line of argument drove the imposition of austerity. The aim was to cut the state down to reduce or eliminate the national debt. The Coalition and subsequent Tory government made some progress, but at the expense of the more vulnerable members of society. This damaging perspective on public spending was based on a number of widely shared myths.

The myths of neoliberalism

There are two sources of new money within an economy: banks and states.  As has been well established, banks add new money to the money supply when they lend. Banks are like a juggler spinning plates around in a constant stream of loans and repayment – until there is a loss of momentum and the plates end up in pieces on the ground. This is when the other source of new money is revealed: the ability of states to create and allocate money. For neoliberals this is ‘printing’ money that will inevitably lead to inflation. But it need not.

States can also be seen as plate jugglers.  They allocate spending through their budgets and recover some or all of that expenditure mainly through taxation. However, there is no need for the two to be in balance.  States can allocate extra expenditure when the economy is stalling, or extract more taxes if the market is overheating.

Portraying deficit public expenditure as adding to the national debt is used as a stick to attack the public sector, particularly welfare. Recipients are assumed to be workshy scroungers. Given that a state can print money – why does it need to borrow? The answer lies in the peculiar role of central banks. As banks they can create new money through lending, in addition, as central monetary authorities they can also exercise the sovereign power of direct money creation free of debt, i.e. printing money. Following the 2007-8 crisis, the sovereign power to create money was extensively used to support the financial (market) sector, but not the public sector. Allocation of the power to create money is a political choice. While handbag economics sees the state as a subservient borrower, the state can be seen as having the sovereign ability to create and allocate money as an important public resource.

Democratising money for the public good

Control of the creation and circulation of money confers tremendous political power. As demonstrated by the current crisis, the ability of the state to create new money is virtually unlimited.  How this ability is used must be at the centre of democratic debate. Far from seeing public expenditure as taking money out of people’s pockets, public spending puts money into their pockets. Unlike the persistent image of the scarcity of gold or silver coin, there is no shortage of modern forms of money. This is not to say that there should be no limits, but these need to be determined by democratic debate and empirical evidence, for example, of inflationary pressures.

The economy is on its knees and whole populations need money to survive. The only institution left standing is the state. It must use the sovereign power to create money not just to rescue the market, but to sustain the people through a major crisis. It must use the people’s money for the public good.