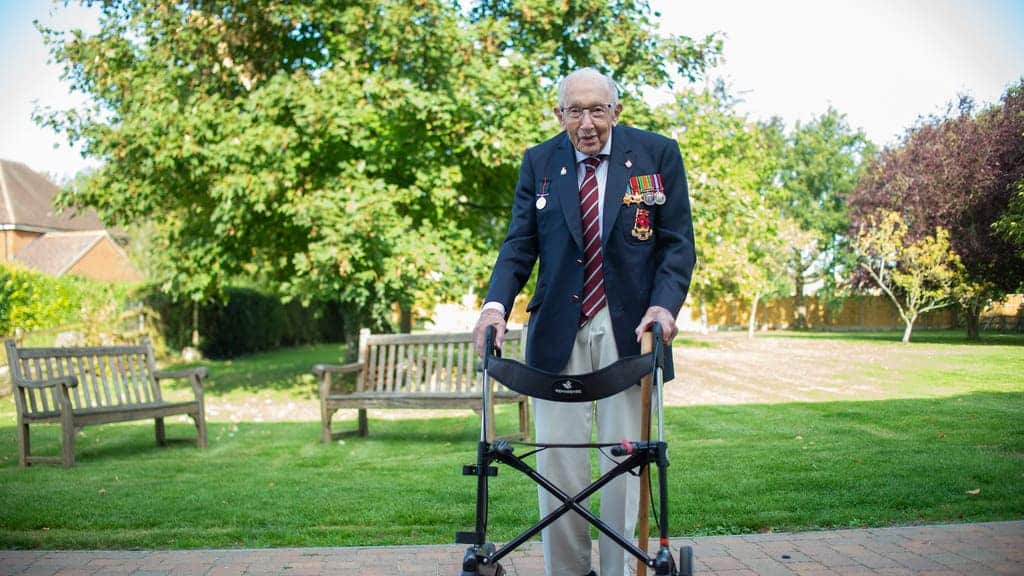 The death of Captain Sir Tom Moore at the age of 100 features on many of Wednesday’s front pages along with a study suggesting the Oxford vaccine may reduce transmission of Covid-19.

The Times leads with hopes being raised about lockdown being eased after researchers found the Oxford vaccine “significantly” reduces the risk of coronavirus transmission.

THE TIMES: Oxford jab does reduce of coronavirus #TomorrowsPapersToday pic.twitter.com/tGnlDrTCkw

The Daily Telegraph features a large picture of Sir Tom, while its main story is on a single dose of the Oxford jab preventing two thirds of onward infection.

Metro has a picture of Sir Tom with the headline “We’ve lost a national treasure”, while the i calls him “The best of us”.

The Sun says the country has “united in mourning” for the “walking inspiration”, and the Daily Mirror calls him a “hero of our time”.

The Daily Mail says Captain Tom “walked into our hearts” and carries detail of the “game-changer” Oxford jab.

The Daily Express is calling for readers to clap for Captain Tom at 8pm, and the Daily Star “salutes” the fundraiser.

EXPRESS: We never walked alone with you by our side #TomorrowsPapersToday pic.twitter.com/I4gzqikg4Y

Elsewhere, The Independent carries fears Britain could become a “melting pot” for mutations of coronavirus.

The Guardian writes about a leaked strategy document from the Labour party revealing the opposition must make “use of the flag, veterans and dressing smartly”.

Related: Captain Tom, the Second World War veteran who captured the heart of a nation