Boris Johnson is rejecting his own "oven ready deal", leaving us in a position that nobody wanted. 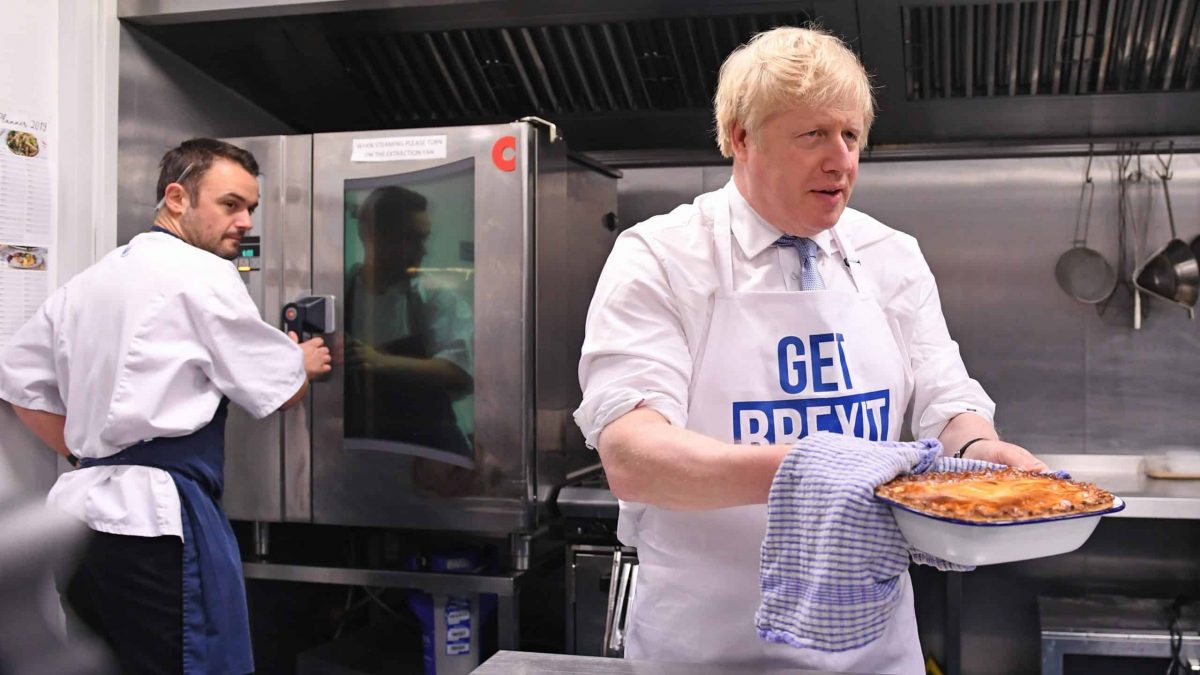 Here we are, days away from the deadline to extend the Brexit transition period to ensure that we don’t face a No-Deal Brexit in December right when we’re trying to recover from Coronavirus. The negotiations are still going nowhere, with the same problems we were hearing about in March 2017.

But aside from the fact that we’re set to become one of the most geographically isolated economies on Earth at our time of greatest vulnerability, nobody seems to be talking about the most ridiculous part of this: Boris Johnson won the December election by selling people a deal which he called “oven-ready”, implying that there would be no more Brexit drama, but he’s rejecting that deal, which is causing more Brexit drama. So we’re heading in a direction now that very few actually wanted in December.

Our exit deal from the EU included a commitment to negotiate a zero-tariff zero-quota deal with the EU. That would allow us not to have to spend years negotiating the tariffs for each sector, which is useful when we only have until 31 October 2020 to actually conclude the deal. However, if UK businesses could sell their products to the EU tariff-free and without following any of the rules that EU companies do, they’d be at a competitive advantage. Therefore, the Brexit Deal we signed included a commitment to a “level playing field” on rules to avoid unfair competition.

However, Boris Johnson now rejects the idea of linking our rules to the EU, because of his idea of sovereignty, and so the negotiations are stalled, and we’re heading for No-Deal in December. So let’s recap how we got here:

How we got here

The reason we’re in this Brexit process is because 52 per cent of voters four years ago said we should leave the EU. We then spent four years arguing over which Brexit to do, with even the Brexiteers disagreeing among themselves. So much so that in October 2019, when Parliament was voting on Boris Johnson’s Brexit deal, if the pro-Brexit DUP  had voted in favour of Johnson’s motion, we would have left the EU in October. Instead they voted against it. In fact, during the December election, two of the main pro-Brexit parties opposed the deal. The DUP as representatives of Northern Irish unionists opposed the deal because it puts a customs and regulatory border down the Irish Sea, and on Wednesday, DUP MP Sammy Wilson protested in Parliament about that fact. The Brexit Party opposed the deal because article 184 of that deal legally bound us to negotiate a deal with a “Level Playing Field” on regulations as outlined in the Political Declaration.

Boris Johnson promised people he would “Get Brexit Done” with his “oven-ready deal” which you needed to simply “pop in the microwave” (apparently). He knew that the entire country was sick to death of Brexit chaos and stalled negotiations. And yet, because he is now rejecting his own deal we’re heading for that again.

Will of the people

This all adds up to the simple fact that the general election set us on a path that is opposed by all three of the main pro-Brexit parties and by the 52.7 per cent of voters in that election who voted for second referendum parties. So where we are now isn’t the will of the people, or the will of the pro-Brexit parties, and directly conflicts with the main message of the winning party at the last election.

Oh and as a fun bit of flavour… We saw supermarket shelves empty this year because people were worried that our food supply might be affected. Well roughly a third of UK food comes from the EU and No-Deal adds tariffs and red tape to it. Also, the British Medical Association warned us in 2018 that No-Deal Brexit would make us more vulnerable to “deadly pandemics”. So once again, the lies of Boris Johnson have derailed our country at a time of national crisis, but this time, nobody’s talking about it….

Related: The pound now an emerging-market currency in all but name