Exploring the under-reported challenges facing BAME officers in the Met. 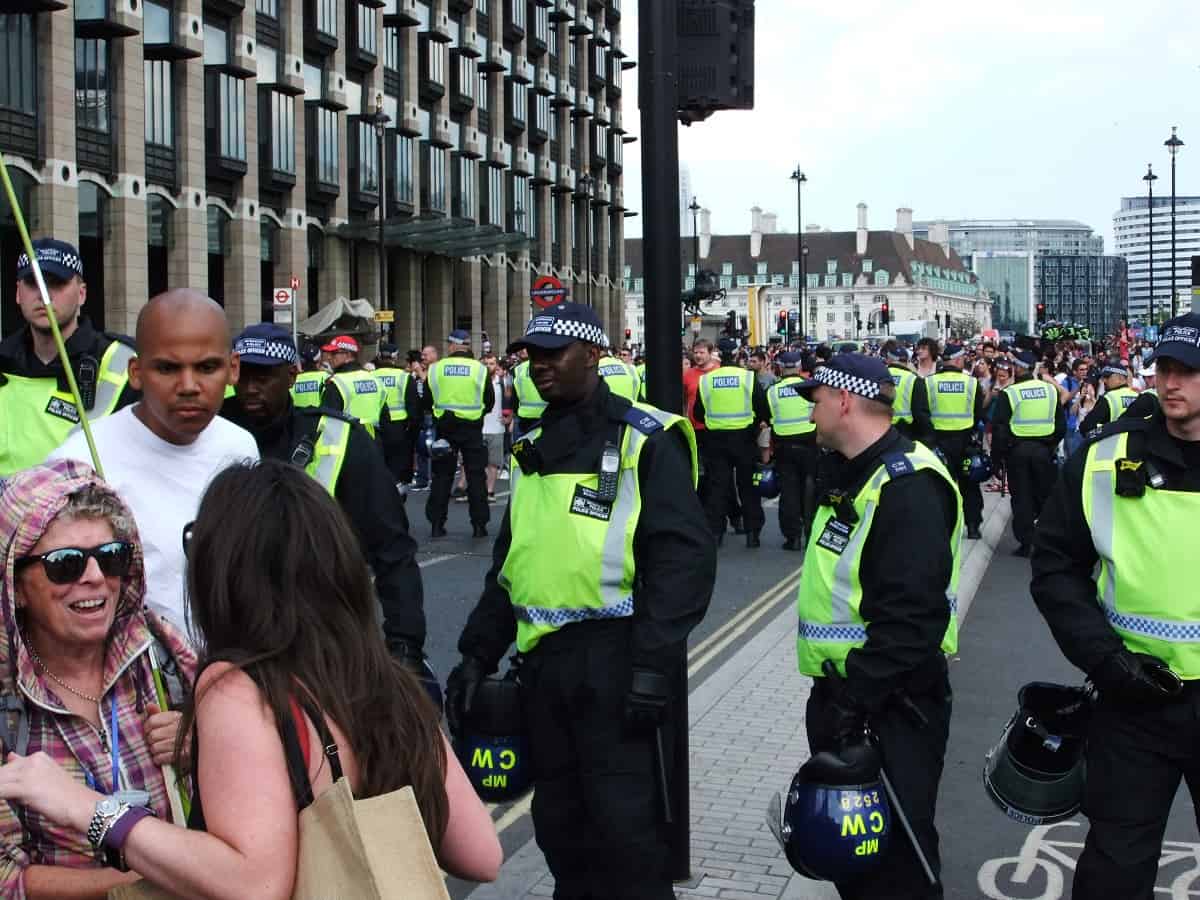 It was a clip that lasted just 22 seconds but it sparked a twitter storm and fury amongst the police social media community and a wide cross section of the public.

The footage showed a black police officer of Somali heritage being mocked by individuals one of whom was holding the habitual smart-phone. The tone of the ‘street-speak’ was clear yet if the individual posting the clip was hoping for universal approbation from those belonging to BAME communities, he would have been disappointed. Instead it was the officer’s restrained, dignified response which earnt the plaudits.

incisive debate was also seen on other timelines with some realising that the officer, highly regarded by his peers, had featured on the recent BBC TV series ‘The Met Policing London.’

The debate, at times was acrimonious, to say the least.

Just days before, footage posted on You Tube, showed a similar incident whereby a black, so-called comedian, was engaged in ridiculing a cordon of TSG officers apparently deployed somewhere in Brixton. After making general hilarious comments, his attention focussed solely on the one black officer standing with his colleagues.

Therein lies the rub for those attempting to increase the proportion of black recruits into the police service. While politicians and activists will claim that it is the racist nature of police officers and policing that is responsible for recruiting difficulties, many of us serving and retired officers know that it is in no small part down to hostility from within their own community. There is much anecdotal evidence of black officers suffering abuse members of that community when dealing with incidents on the streets.

Arguably the most overtly unpleasant comment made by a black activist towards a black police officer came from Lee Jasper, when engaged in a debate with such an officer on twitter.

An ill-judged ‘cartoon’ from Lee later earned him a twitter ban.

While his fellow black activists will use language that would surely provide any potential black police recruit with food for thought.

Little encouragement too from from prominent politicians or indeed Leroy Logan MBE; a black former Met officer who reached the rank of Superintendent. He is also frequently critical of the Met although in a far more restrained manner than the activists referred to above and indeed sometimes with justification. His reported remarks in respect of tasers caused anger amongst Met officers and his assertion in respect of the Met continuing to be ‘institutionally racist’ is also damaging.

Guardian articles written by Leroy provide little incentive that would serve to encourage potential BAME recruits to join the Met or indeed other police forces and emulate his achievements. It would be churlish however not to acknowledge, at this point, the work of his Voyage charity in making a real difference to the lives of many young people in London.

There are several definitions of institutional racism, which entered public consciousness with the Macpherson report back in 1999, but it would be true to say that the phrase implies that all connected with or employed by the organisation ‘named and shamed’ are themselves racists.

Thus, when the claim is made that the ‘Metropolitan Police are still institutionally racist,’ the word ‘institutionally’ could be omitted as far as the public perception is concerned. It’s worth noting that Macpherson stressed that his use of the term did not mean that individual officers are racists.

In any event, constant criticism by activists, politicians and sections of the media in respect of ‘racist police’ will surely only encourage the sort of abuse shown below.

Stop and search and stop and search statistics is a two- pronged stick which is frequently used to beat the police generally and the Met in particular. It is well known that David Cameron and Theresa May were responsible for driving down stop and search figures despite warnings of the likely dire consequences. Even amidst the plethora of knife and gun crime, stop and search is still being criticised as racist and expecting black officers to enter an organisation that practises an operational activity described as such is asking a great deal.

The montage of victims killed in the street by knives or guns tells its own story, yet still there isn’t an acceptance amongst leftist politicians and activists that just about all would still be alive if their assailants had been stopped and searched before encountering their victims. Equally, as police frequently point out when showing photos of lethal weapons seized; stop and search saves lives.

In addition to suffering abuse from those within their own communities, black and minority ethnic officers also have to suffer abuse from white racists. There was a national outcry following a ‘Call the cops’ television documentary, at the level of abuse hurled in the direction of a black Plymouth officer known as Sam by one Michael Westwood.

Such incidents are sadly commonplace and are frequently chronicled on police social media Regrettably, despite penalties being increased for assaults on emergency workers, little appears to have changed in respect of lenient sentencing. As for hurling foul mouthed insults and abuse at police officers, judges seem to have set a precedent which suggests those officers should expect and tolerate such behaviour in the course of their duties.

“I swear to god I love this city but I wonder if this city loves me. In uniform I get nasty hateful looks, out of uniform some consider me a threat. I’ve experienced so much in my short life and these last three days have tested me to the core.”

He ended by saying:

“I’m working these streets so any protestors, officers, friends, family or whoever, if you see me a need a hug or want to say a prayer, I got you.”

New York born Jay Stalien, also wrote movingly as to the anguish he felt in his role as a black American police officer:

There are of course other issues that surround the recruitment of BAME officers. Police critics point out the higher dropout rate and disciplinary actions in respect of BAME officers although various explanations other than racism have been given for this specific issue. Indeed, the current massive uplift of police recruits in response to the government’s pledge of restoring numbers has led to concerns of suitability and ‘stickability’ across all racial divides.

Potential black and minority ethnic recruits can however be heartened by the overwhelming level of support for the PC referred to initially, from serving and retired officers and indeed the public following the posting of the mobile phone footage in question.

I’ll close this topic with a quote from one of the UK’s best- known front- line officers, due to retire later this year, with emphasis on the final sentence.