Far-right and anti-immigration candidates suffer a comprehensive washout in the general election, with high-profile candidates who expressed eurosceptic views also near the bottom of the polls. 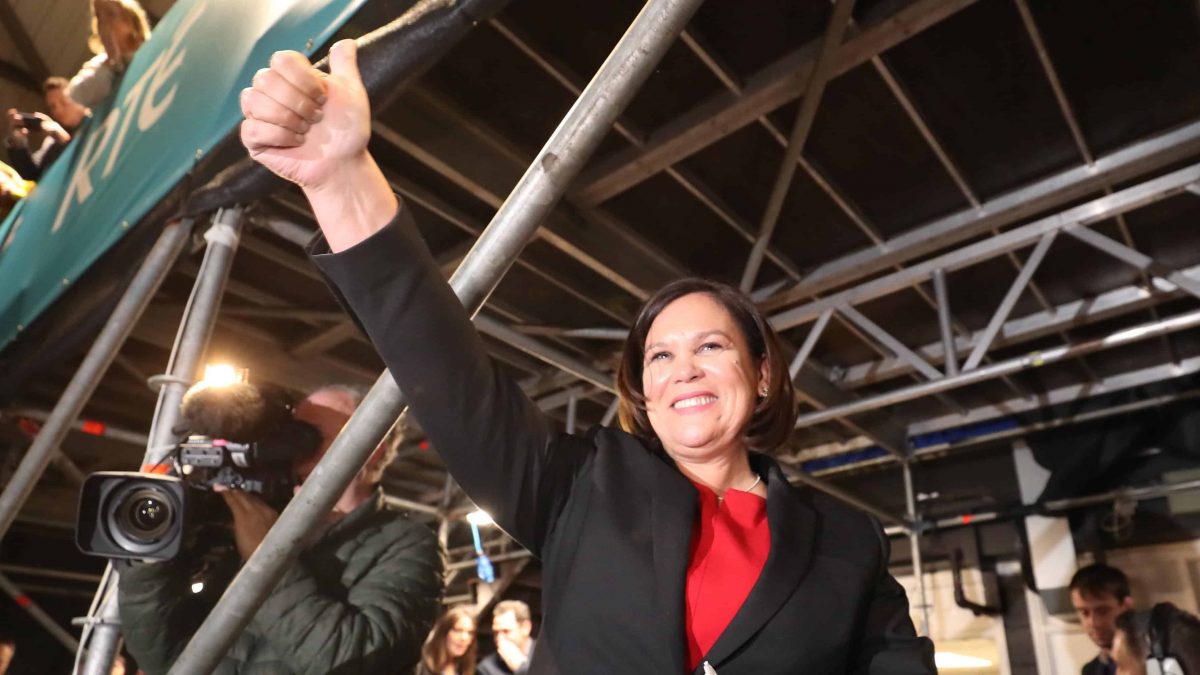 One of the striking things to come out of the Irish General Election this week is not just how well left-wing political party Sinn Féin performed, but how poorly the right and the far-right came off.

In what has been described as “something of a revolution in the ballot box” by Sinn Féin leader Mary Lou McDonald, the historic dominance of right wing parties appeared to be at an end as Fianna Fáil and Fine Gael took a battering.

The Green Party recorded their best ever election result, winning 12 seats – an improvement of 10 from 2016, but it was movements on the other side of the spectrum that grabbed the most attention.

As Britain experienced a surge to the right following austerity cuts imposed after the financial crash, Ireland seems to have moved in the opposite direction.

Far-right and anti-immigration candidates suffered a comprehensive washout in the general election, with The Irish Freedom Party and the National Party, two hard-right eurosceptic organisations that pledged to restrict immigration, failing to win any seats.

High-profile candidates who also expressed anti-immigration or eurosceptic views such as Peter Casey and Gemma O’Doherty, two former presidential candidates, were also near the bottom of the polls in their constituencies.

As Paulie Doyle wrote on Twitter, the message to UK pundits looking to understand the Irish election is that “this is what happens when a country experiences austerity and the electorate isn’t stupid and racist”.

More than a decade after the financial crash of 2008, which plunged the country into recession for the first time since the 1980s and saw unemployment rise by more than eight percentage points, it demonstrated that the Irish understand that the route back to recovery isn’t through simply pointing the finger at the most vulnerable.

“This is changing the shape and mold of Irish politics,” Lou McDonald told a crush of reporters on Sunday. “This is not a transient thing — this is just the beginning.”

While some commentators have mistakenly argued that austerity worked in Ireland – in 2015 its GDP grew by a whopping 26 per cent – economists have corrected that Ireland should be seen more as a “beautiful freak” than a “poster child” for austerity”.

In fact, it is thanks to the extremely open nature of the Irish economy and the dominance of the export sector by multinationals that Ireland was able to absorb the impacts of austerity in ways that Greece, Portugal, and Spain could not.

Yet today Michael Gove announced that under the Conservative agenda in the UK import controls will soon be a way of life as Brexit negotiations are besmirched by a painful dose of reality.

“The UK will be outside the single market and outside the customs union, so we will have to be ready for the customs procedures and regulatory checks that will inevitably follow,” Gove said.

Opponents have lamented the shift away from frictionless trade in a challenging economic environment. But the reality is that Britain chose to blame immigrants, and walls are an inevitable consequence of inwardly hostile agendas.