The top images will be displayed at the Natural History Museum in South Kensington until May 31. 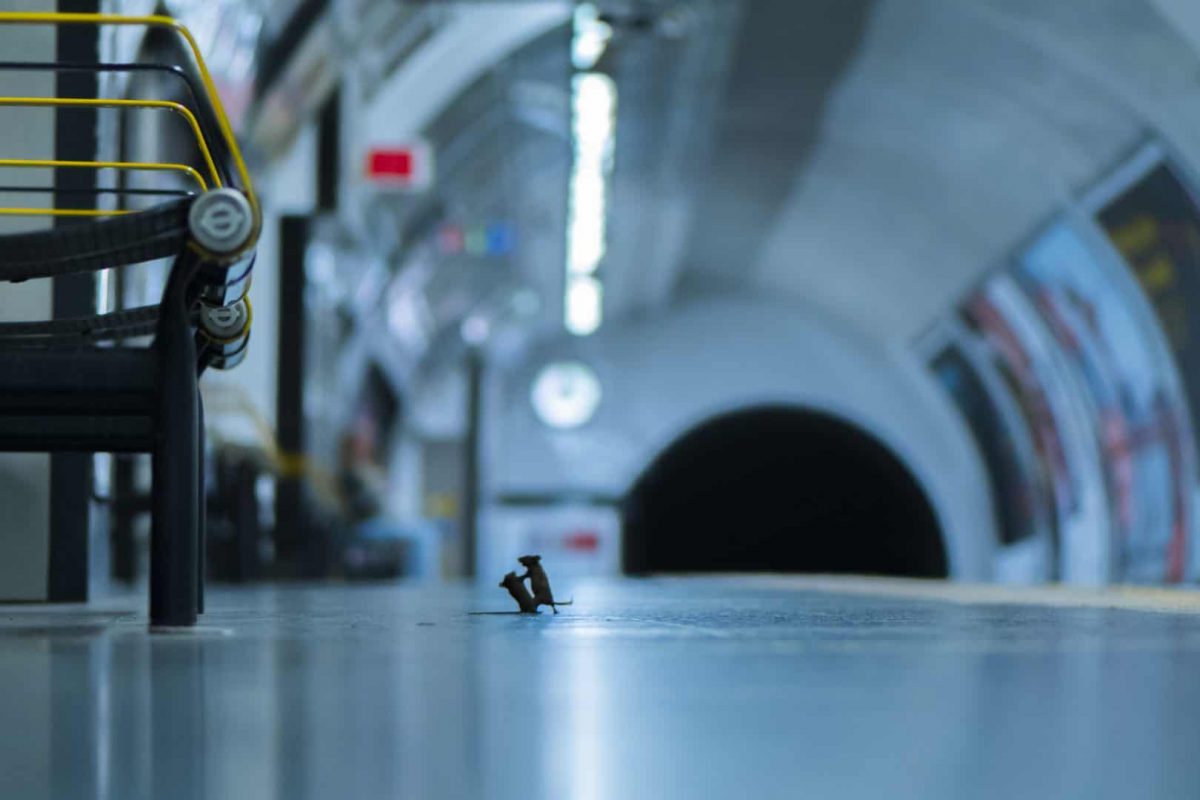 An image of two mice fighting over crumbs on the London Underground has been crowned the winner of a prestigious wildlife photography award.

Station Squabble, taken by Sam Rowley, was voted the best image from a 25-picture shortlist selected from 48,000 images submitted to the Wildlife Photographer of the Year: Lumix People’s Choice award.

The Londoner, who spent five nights lying on a Tube platform to capture the low-angle shot, said: “I hope it shows people the unexpected drama found in the most familiar of urban environments.”

The 25 images shortlisted for the prize, which is voted for by the public, will be displayed at the Natural History Museum in South Kensington until May 31.

Other highly commended images include Matching Outfits, by Michel Zoghzoghi, showing a jaguar mother and her cub dragging a similarly patterned anaconda across the photographer’s path in the Pantanal in Brazil.

The Surrogate Mother, by Martin Buzora, shows a ranger in a park in Kenya looking after an orphaned black rhino.

The infant rhinos are cared for at the sanctuary either because of poachers or because their mothers are blind and cannot look after them in the wild.

Spot The Reindeer, by Francis De Andres, shows white Arctic reindeer almost hidden against a snowy background in the Norwegian archipelago of Svalbard.

Losing The Fight, by Aaron Gekoski, captures an orangutan dressed in boxing attire at Safari World in Bangkok.

The shows in the Thai capital were temporarily stopped in 2004 due to international pressure, but today they continue, with hundreds of people paying to watch the creatures box, dance, play the drums, the Natural History Museum said.

Museum director Sir Michael Dixon said of the winning picture: “Sam’s image provides a fascinating glimpse into how wildlife functions in a human-dominated environment. The mice’s behaviour is sculpted by our daily routine, the transport we use and the food we discard.

‘This image reminds us that, while we may wander past it every day, humans are inherently intertwined with the nature that is on our doorstep.”