Dale Ballentine has written an open letter to the PM. Within it he has stressed the need to acknowledge the impact of welfare cuts and changes have when it comes to people taking their own lives. Dale lost his Dad Jimmy in February 2017 to suicide, and problems with his benefits and the DWP were a significant […] 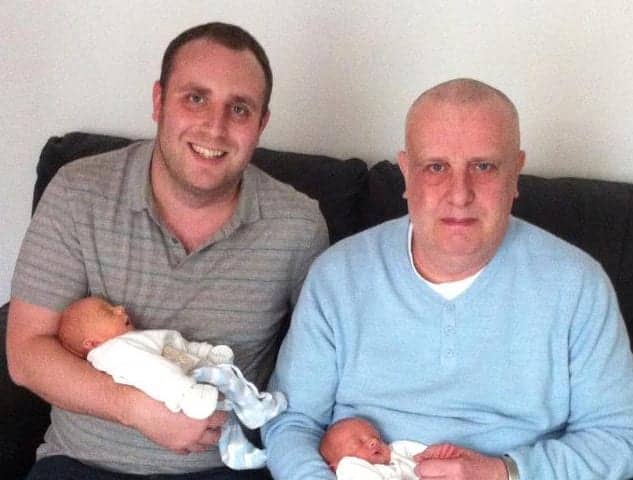 Dale Ballentine has written an open letter to the PM. Within it he has stressed the need to acknowledge the impact of welfare cuts and changes have when it comes to people taking their own lives. Dale lost his Dad Jimmy in February 2017 to suicide, and problems with his benefits and the DWP were a significant contributory factor in his death.

I am pleased to see the introduction of a minister responsible for suicide prevention, alongside an additional £1.8m for the Samaritans 24-hour confidential phone line – a vital source of support for many people struggling with poor mental health and suicidal feelings. While these announcements are welcome, I hope that you recognise the scale of the challenge ahead.

Although suicides are decreasing, in 2017 we lost nearly 4,500 people to suicide in England, of whom three in four were men. These aren’t figures, they are people – partners, parents, siblings, friends, colleagues. One of these ‘statistics’ is my beloved Dad, Jimmy, who I lost last year. I know first-hand what it feels like to be left bereaved by suicide. My Dad had been a coal miner in County Durham since he was a 15 year old boy, and died at just 60 years old. He had been struggling with depression and anxiety, worsened by the Department for Work and Pensions (DWP) who hounded him incessantly for money they thought he owed them. The way he was treated in the time leading up to his death was appalling, with no consideration made for his mental health, which had got so bad that he was no longer able to hold down a job.

The causes of suicide are complex and varied. Greater investment in mental health services is vital of course, but I would urge you to acknowledge the wider picture – such as the impact of cuts to benefits and legal aid – if you want to prevent people taking their own lives.

If the Government is serious about reaching its zero suicide ambition, it needs to look at the impact social factors such as debt, employment, housing and benefits – have on mental health. A 2016 Mind survey found that 40 per cent of people with mental health problems who had considered or attempted to end their own lives said that losing benefits or the fear of losing benefits was a factor. Yet the Government keep making decisions that disproportionately and negatively affect those of us with mental health problems.

The first job for Jackie Doyle-Price as she takes on this role must be to tell the DWP to scrap the ‘managed migration’ on to Universal Credit – a process set to leave thousands of people with mental health problems without support and struggling to survive.

With support from Mind, the mental health charity