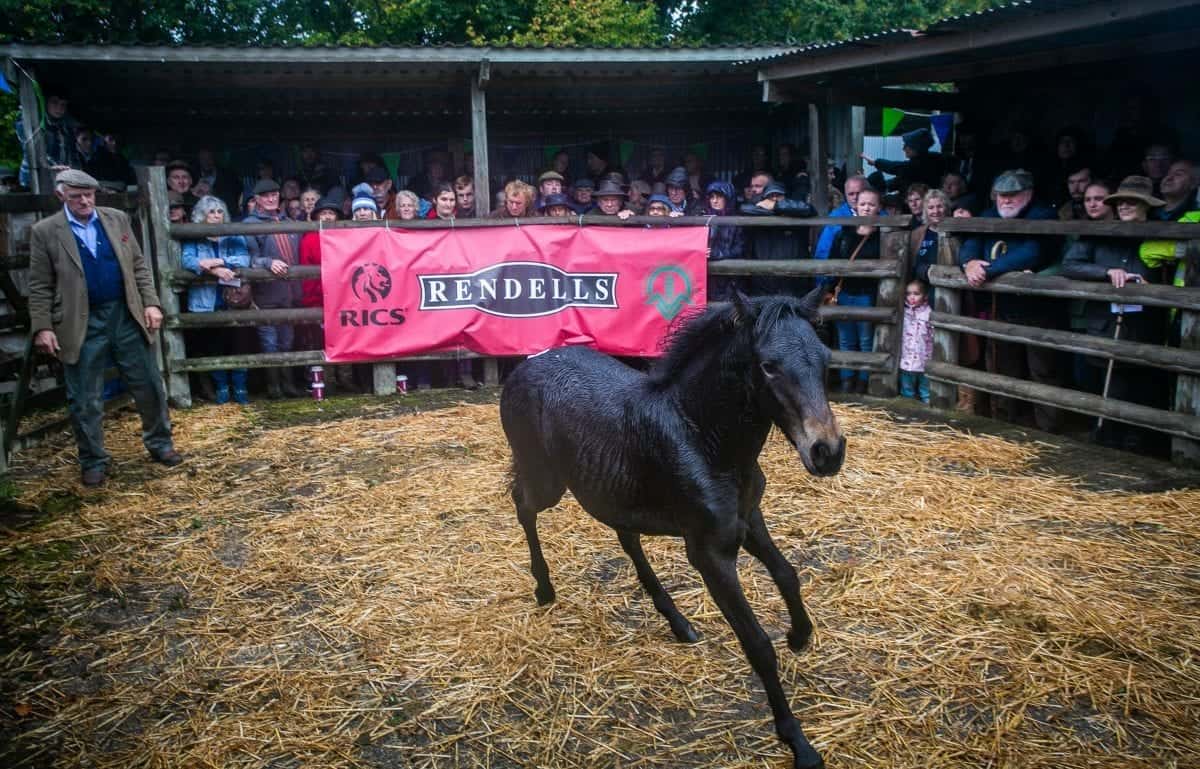 This is the moment Brexit regulations meant moorland ponies posed in new passport photo booths – to avoid being shot.

The annual ‘drift’, which sees all the surplus hill ponies on Dartmoor being sold off, was held today (Thurs)for the first time since new rules around equine IDs were introduced.

The sale is held every year to keep the population within the numbers legally allowed to graze the national park in Devon.

But under new regulations, which only came into force last month, ponies that are sold now have to be issued with a full ID document before they can go off to a new home.

This regulation applies to the genetically rare semi-wild pony herds of Dartmoor which have been a central part of hill-farming tradition and culture for centuries. 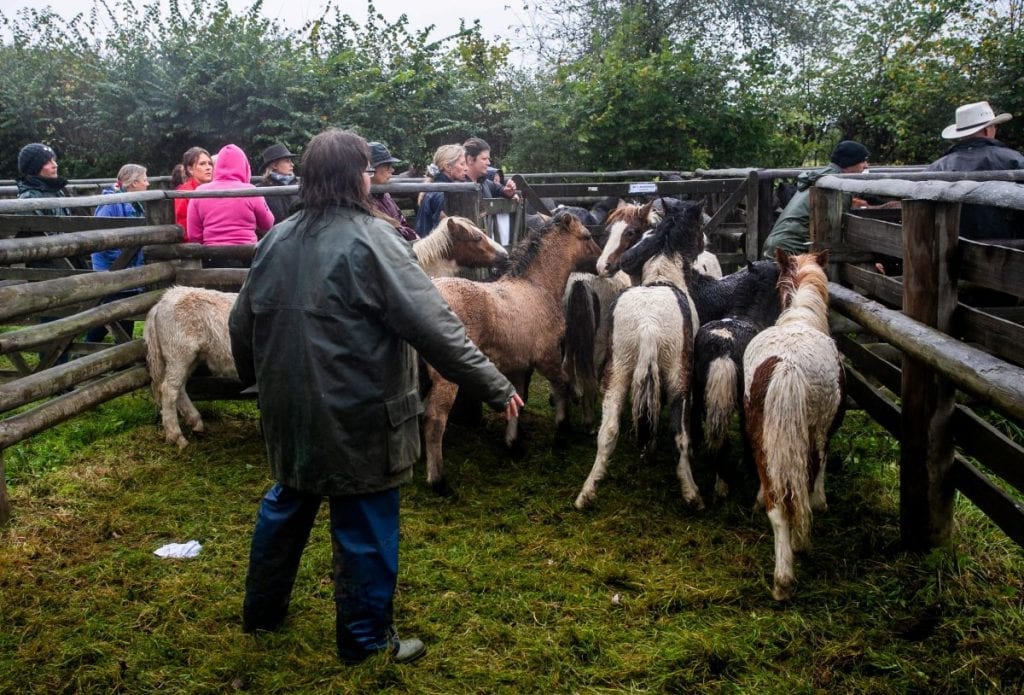 Charlotte Faulkner, who runs the Dartmoor Hill Pony Association, said the new system was unworkable and had expressed fears that the 250 ponies that were not able to stay on the moor would have to shot.

But to avoid what she described as a ‘death sentence’ and with the help of an army of more than 50 volunteers she came up with a novel idea to give the ponies a last minute reprieve.

The process at the sale in Chagford, Devon, involved the ponies all being microchipped after entering the sales ring where all their details were taken.

They then went into a plastic photo booth where their pictures were taken on all four sides.

Volunteers then took away the forms and had to draw a picture of the pony using a red and black pen just from the photographs.

This was then scanned and sent to the passport issuing authority in Sussex and a mini temporary passport was then issued for them on the day. 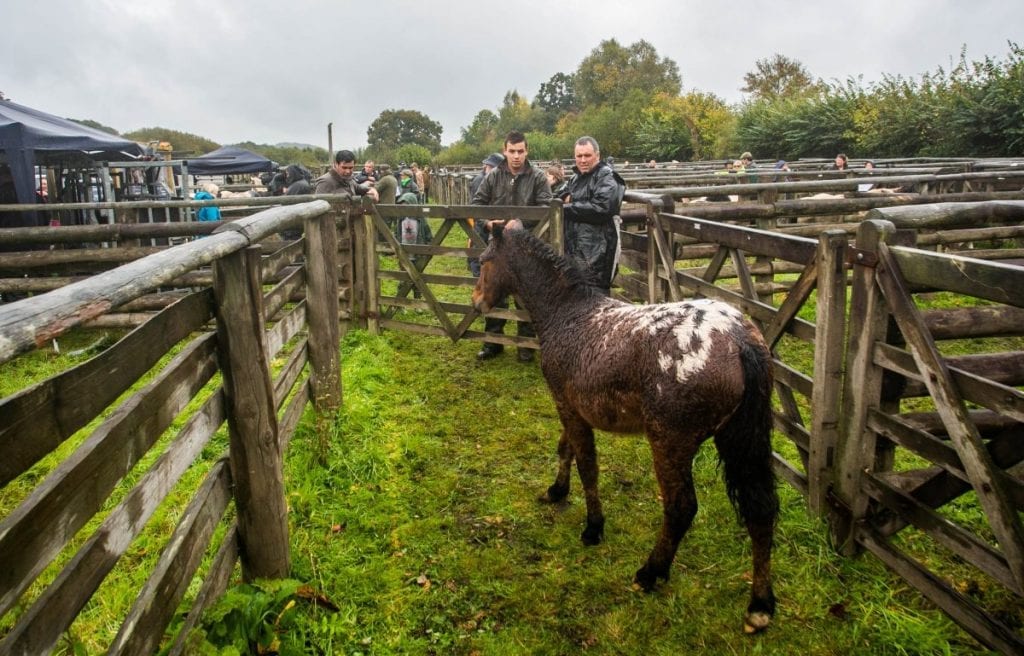 Charlotte said that although they had found a way to meet the legislation this year, she said the process was unsustainable moving forward.

She said: “This is an idea we had for this year to try and fulfill the new legislation – otherwise they would have had to be shot.

“We have to ensure full traceability and today we have had to invent a photo booth for ponies.

“The difference from previous years is we did not have to issue everything on the day of the sale.

“But this photo booth idea is not sustainable. The volunteers have been fantastic and they really care about the ponies but it is a lot to ask from them. They know what is important and these ponies are such a vital part of our culture.

“We should be looking after them and cherishing them, not throwing them in with everything else.

Charlotte said the EU regulations for ‘horse passports’ had been rewritten and introduced into law as part of preparations for Brexit. 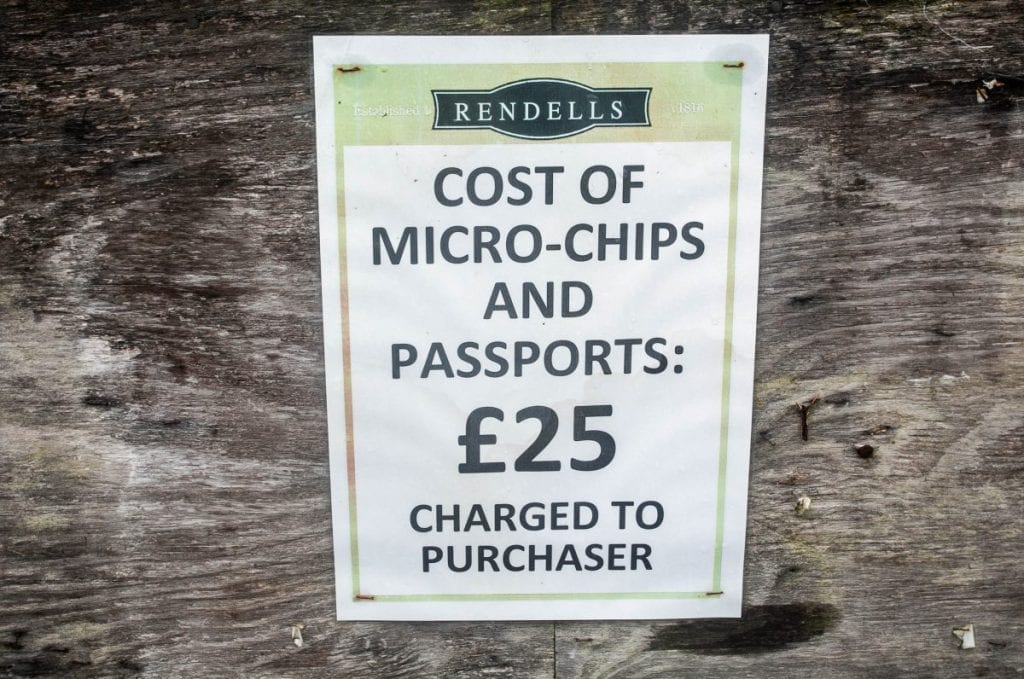 This required that for a foal sold in the auction pen must be fully passported before it has finished walking across the field and into the new owner’s transport.

She added: “The government never consulted any of us and they have created a system that is unworkable.

“For this year, we have come up with a unique system that might just pull us through but it is not a sustainable solution and is a costly and difficult logistically..

“It is working amazingly well but we have needed 50 volunteers to make it happen and we are not paying anyone apart from the vet.

“We have sold around 250 today, which is a normal number for the drift and they have been snapped up from people all over the country who have been able to get them homes away from the moor.

“But Defra have got to recognise we are not dealing with domestic animals here – they are semi wild and should be treated differently.

“We don’t have enough vets to be able to go around all the farms and draw a picture in red and black pen in the pouring rain.

“All we have come up with is a pilot passport scheme to fulfill the legislation.

“It is a very physical task, we are not in an office and are out in the middle of the field with no electricity or internet.

“Yet they are expecting miracles from us.”

Ms Faulkner said she has been battling the issue for several years but said that until recently no one would hold a meaningful discussion. 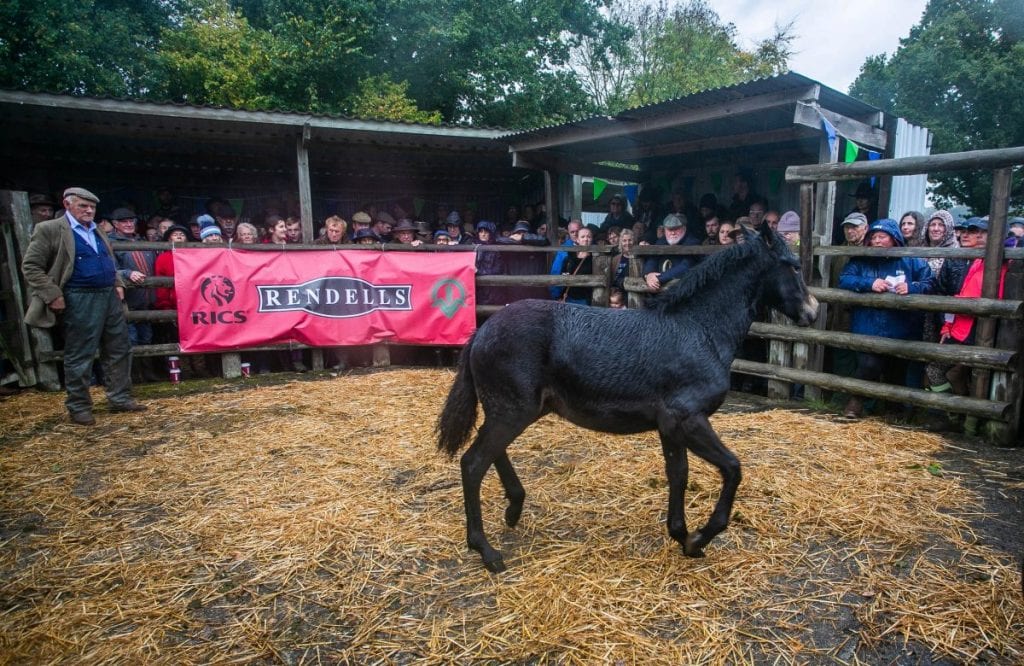 She added: “The iconic hill ponies of Dartmoor – scientifically proven to be unique and rare – will disappear from the moors because the government is issuing new legislation which will sign their death sentence as impossible to fulfill for semi wild ponies.

“This is no exaggeration: these herds have survived the Ice Age, the advent of farming in the Bronze Age, Roman invasion, civil war, but can not survive Defra bureaucracy and errors.”

Defra denied that the new regulations would be a death sentence for the ponies.

“We have worked closely with those impacted by these new regulations to ensure a smooth transition,” a spokesperson said.

“It is now for those responsible for the ponies to decide the approach that best meets their needs while also complying with the minimum requirements.”

A pony being moved to another holding, may be moved on a passport and with a rump sticker, Defra said.

A microchip must then be arranged within 30 days of arrival and the animal must not be moved again until microchipped.

How To Make: Jambalaya