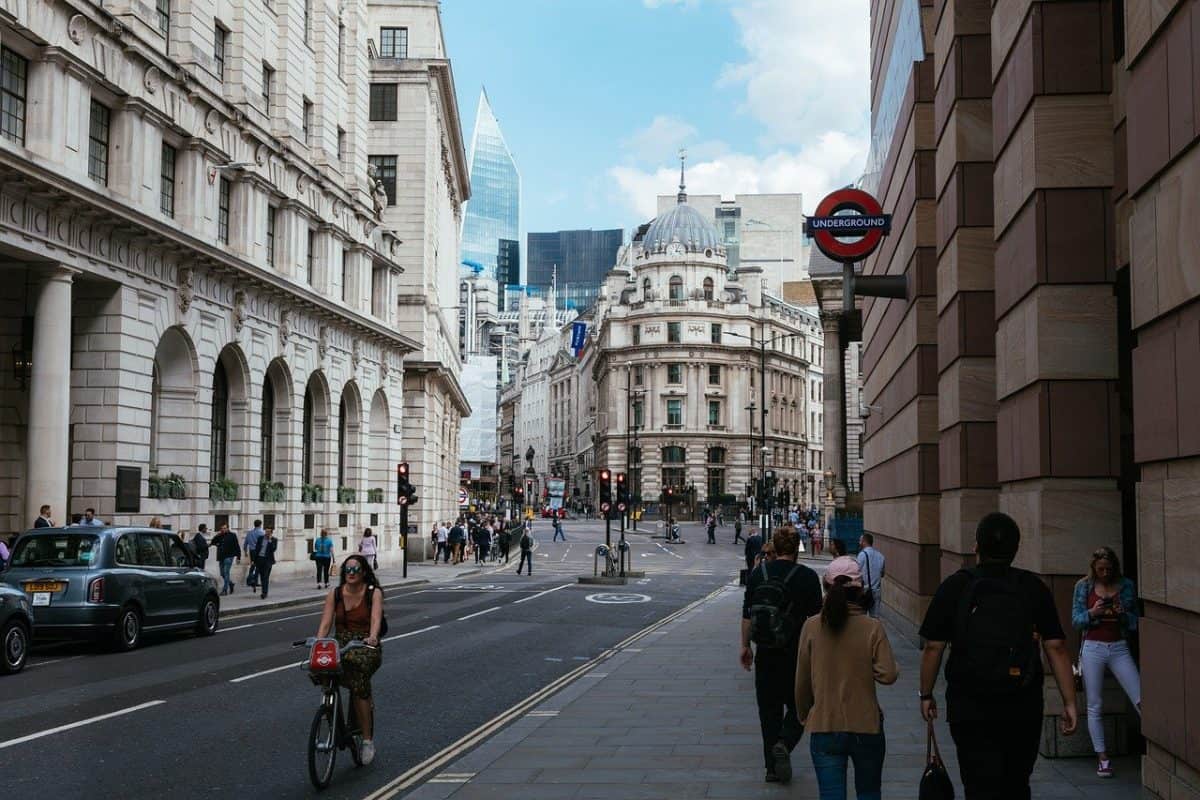 London has been hit hard by both Brexit and Covid.

If ever there were a cruel but accurate metaphor for the feeble, unimaginative political response to this massive blow, it is the Marble Arch Mound. A ragged heap of spoil, crassly disfiguring the elegance of the historic Arch, its viewing platform closed just two days after it opened, and a price tag that shot, eye wateringly, from £2 million to £6 million almost overnight.

London is bereft of tourists, office blocks are half empty at best, shops and hotels are quiet, cafes closing early, either for lack of custom or for lack of staff. The City of London is a ghost town, with all the small businesses that live in the ecosystem – dry cleaners, sandwich shops, tailors – fighting for survival.

At the same time, the climate emergency is snapping at our heels.

If you, like me, were appalled by the pictures of the metro in central China where passengers were caught on platforms with flood water up to their chest, we also had flooded tube stations in London the other day.

London is still the most exciting city in the world but also one of the most unequal, with the greatest wealth and the greatest deprivation. It’s an excluding city, one a young friend, a member of the gig economy, calls Pay to Play, where it costs money to participate in so much of what the city has to offer.

This higgledy-piggledy city – much of its infrastructure over 100 years old – which has evolved, unplanned, over centuries, needs a complete and bold reimagining to ensure it withstands the triple threat of Brexit, Covid or even another pandemic, and Climate Change.

At the heart of this reimagining should be a Citizen’s Assembly made up of all voices – old and young, rich and poor, residents and business owners – so the change is created by the people and for the good of the people who actually live in London and make it function, not just for tourists or property developers or overseas investors buying new-build flats off plan.

In my opinion, the prime drivers should be the Climate Emergency and the wellbeing – material, physical and mental – of London’s people.

And on the agenda for debate should be a London where food, the arts, culture and exercise as well as business drive the change, a London where much more city life is outdoors, which makes it not only safer but also more inclusive.

London has one of the greatest concentrations of superb restaurants as well as some wonderful street markets and wholesale markets. But at the same time, food poverty in London is a huge issue – 27 per cent of Londoners live in poverty. It’s been exacerbated by Covid, where many, losing work overnight, suddenly found themselves standing in queues for the food bank. Equally, much of central London is a food desert, where people have to travel miles to access food in any quantity or quality.

Why not invest in a whole network of street markets across the city, where they are properly supported, which allows all Londoners access to good quality, low cost fresh produce? Imagine Trafalgar Square hosting a regular food market, or at Monument, or Hyde Park Corner.

Open spaces, large and small, roof top and underground, to become places of growing food for all. With urban farms, London can reduce the emissions involved in transporting food, increase its greenery, slow rainwater runoff and become more resilient. Why should we not subsidise rooftop farms to creating one-stop centres for free supplies? In Dubai, they are investing heavily in vertical farms, key to their food security.

The city is home too to some of the world’s greatest museums and art galleries, from the National Gallery and the British Museum to the V&A and Natural History Museum, as well as smaller gems such as the Wallace Collection and the Charles Dickens Museum. How about a yearly calendar divided between them and each museum or gallery to drive an open-air festival celebrating its treasures and its mission? The arts are formidable in their ability to attract tourists and to regenerate economically.

And London to invest in infrastructure to enable a city of walkers and cyclists, the cleanest way to get round the city, with great benefits for health, emissions, air quality, road safety and equity.

And last, but far from least, a big emphasis on community. Over 50 per cent of residents of Westminster live on their own. While for some, this is a positive choice, many struggle with loneliness and isolation, made so much worse by the successive lockdowns of the last 18 months. It’s now accepted that loneliness is as bad for health as smoking, worse even than obesity – a gentler, slower-paced city allows for people to relate on a human level.

So much to think about, so much to do, but London is the most resilient of cities and out of these dark times, there is, surely, a wonderful and transformational opportunity to be seized.

As Vivienne Westwood said, “There’s nowhere else like London. Nothing at all, anywhere.”