It's safe to say that the £2 million man-made hill has not gone down well. 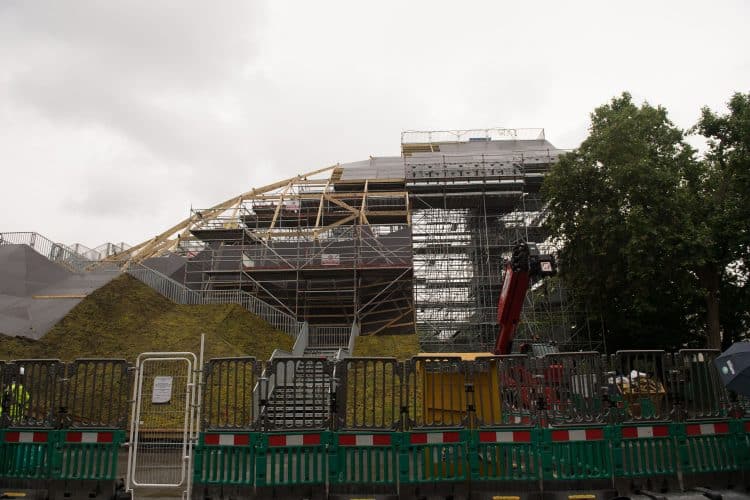 A man-made hill in Marble Arch, which cost the public £2 million, has opened to the public – and it’s not gone down well.

The 25-metre Marble Arch Mound, created by Westminster City Council, offers visitors sweeping views of the capital’s Oxford Street, Hyde Park, Mayfair and Marylebone as part of a scheme to increase footfall in the shopping district as lockdown restrictions ease.

Designed by Dutch architect company MVRDV, people will be able to climb it via a single continuous route, which is around 130 stairs, while a lift will also be available to take visitors to the top and back down.

Tickets to the attraction cost up to £8 – and, once there, punters can enjoy food and drink sold by M&S.

“I think it’s really exciting to see this coming out of the ground and giving a new aspect – literally – of views in this part of London,” the Lord Mayor of Westminster, Cllr Jonathan Glanz, said.

“I’d be very surprised if people didn’t come to take advantage of it because it really is unique. I’m really pleased to see Oxford Street bouncing back. We’re doing everything we can to encourage footfall.”

But it’s safe to say that the general public – or, at least, the internet – was not impressed.

The Marble Arch mound? The teletubbies did it better ? pic.twitter.com/Dz8cuvUfMZ

Marble Arch mound opens to visitors at a cost of £2 million. pic.twitter.com/fzBTlgTjEj

what has better graphics, the Marble Arch mound or Stone Hill from Spyro 1? pic.twitter.com/6dYj58qLim

you cannot tell me the Marble Arch mound doesn’t look like the first level in mario 64 pic.twitter.com/Z4GqtjZqqB

?? Tell us again how there's no North-South divide? pic.twitter.com/40sMwvDxtp

I went to the Marble Arch Mound today. It cost £2 million to build, and today was launch day, but it was still quite quiet.

Here is a short thread with info.

First, the original plan drawings and the marketing description do not quite match reality. pic.twitter.com/Km4YFbxySm

Marble arch mound is the worst thing I've ever done in London pic.twitter.com/njmpOFxrbf

If you're brave enough…..come fight me by the recycling bins at the Marble Arch Mound