"Nadhim Zahawi's having a rollercoaster week. Looks like he has no confidence in the man that made him Chancellor. What a difference nine hours and 45 mins make." 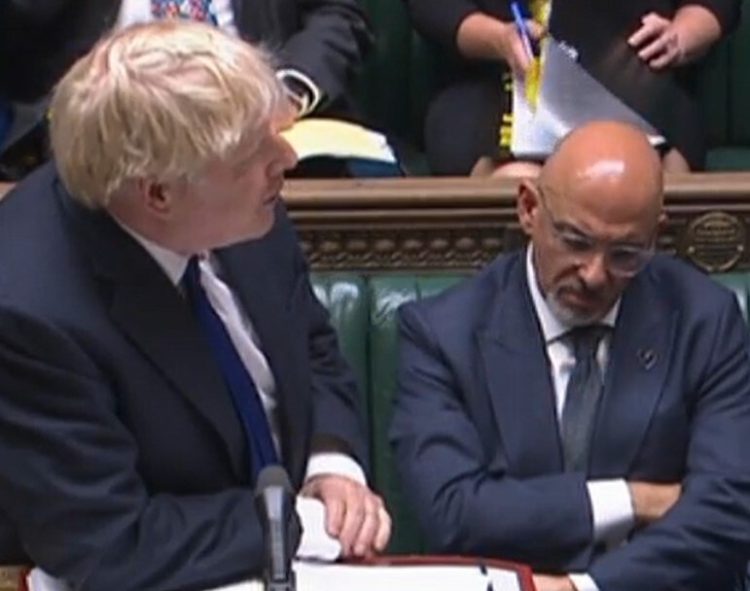 Nadhim Zahawi, who was just last night appointed as chancellor of the exchequer following Rishi Sunak’s sudden resignation, will also be a part of the delegation telling Mr Johnson to resign, as a delegation of cabinet ministers gather at Downing Street.

It comes after Michael Gove privately told Mr Johnson it was time to quit.

Long-standing ally Brandon Lewis, who believes Mr Johnson’s position is “now untenable”, was understood to be part of the group, as was Welsh Secretary Simon Hart.

Kwasi Kwateng is also there:

Former health secretary Sajid Javid today said “treading the tightrope between loyalty and integrity has become impossible in recent months” and that “I have concluded that the problem starts at the top and I believe that is not going to change “.

“I have concluded that the problem starts at the top – that it is not going to change and that those of us in a position to do so have a responsibility to make a change. I wish my colleagues well who have decided to remain in this cabinet, they will all have their own reasons,” he said.