This swift justice should also be a warning to others who came to central London on Saturday with the sole purpose of causing violence." 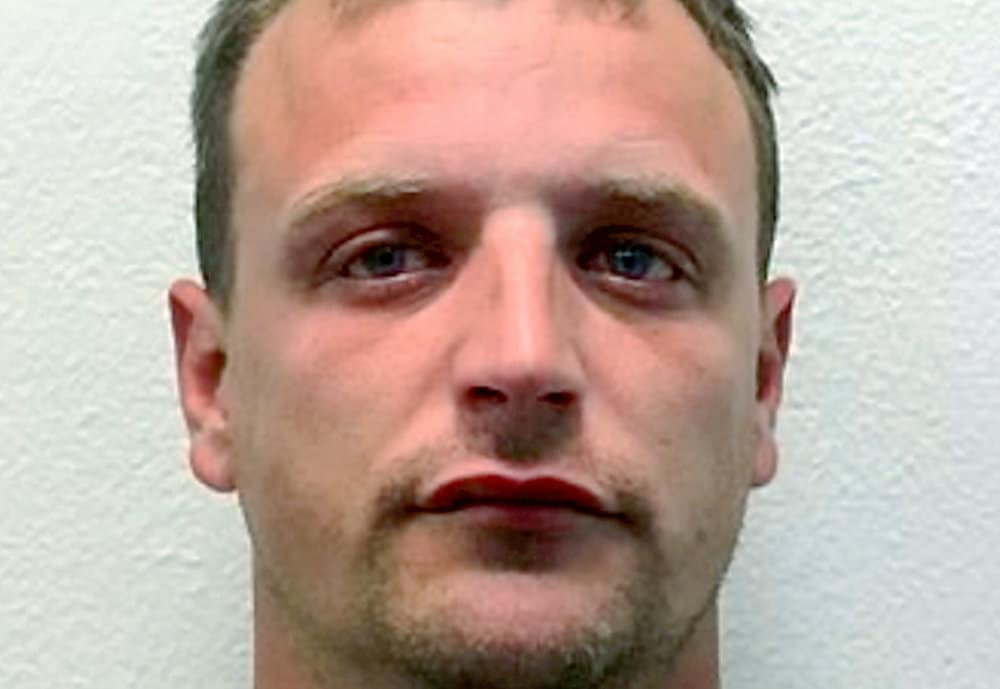 Daniel Allan. A man identified in a social media video kicking a Met officer in the back during the demonstrations in central London last weekend has been convicted of violent disorder. See SWNS story SWNNthug. Daniel Allan, 35, from Sunderland, pleaded guilty to the offence at Westminster Magistrates’ Court on Monday, 15 June. Allan had travelled down to London from his home in Sunderland to take part in demonstrations in Parliament Square on Saturday, 13 June. At approximately 15:15hrs, Allan was seen kicking a police sergeant in the back and knocking him to the ground in Bridge Street, Westminster. Footage of Allan’s behaviour was then shared widely on social media and, a short while later, police officers recognised Allan due to his distinctive coloured clothing. Allan was then arrested by officers from City of London Police. He was later charged with violent disorder and he will be sentenced at a later date. The officer sustained bruising to his back and is currently recovering at home.Credit;SWNS

A thug caught on camera kicking a police officer in the back during the Westminster statues demo faces jail after pleading guilty to violent disorder.

Allan, 35, traveled 270 miles to London from his home in Sunderland for the protest in Parliament Square last Saturday.

He was seen kicking the officer in the back and knocking him to the ground in Bridge Street, Westminster, at around 3.15pm.

Footage of Allan kicking out was shared widely on social media and, a short while later, police recognised him due to his “distinctive” coloured clothing.

He was then arrested by officers from City of London Police, and later charged with violent disorder.

Allan pleaded guilty to the offence when he apeeared at Westminster Magistrates’ Court on Monday. He was remanded and is due to be sentenced at a later date.

Police say The officer who was kicked sustained bruising to his back and is currently recovering at home.

Detective Constable Steve Nicholls, of the Met’s Central West Command Unit, said: “Allan’s shameful actions were totally unacceptable and I am pleased that he has been convicted.

“This swift justice should also be a warning to others who came to central London on Saturday with the sole purpose of causing violence.”

He added: “Police officers are not punching bags and a number of investigations remain underway to identify and arrest those causing violence or assaulting our officers.

“I would like to thank our colleagues from the City of London Police for their help in making this arrest.”