The mystery character is rested atop a wheelie bin bearing the words: 'SPOILER: ST GEORGE WAS TURKISH'. 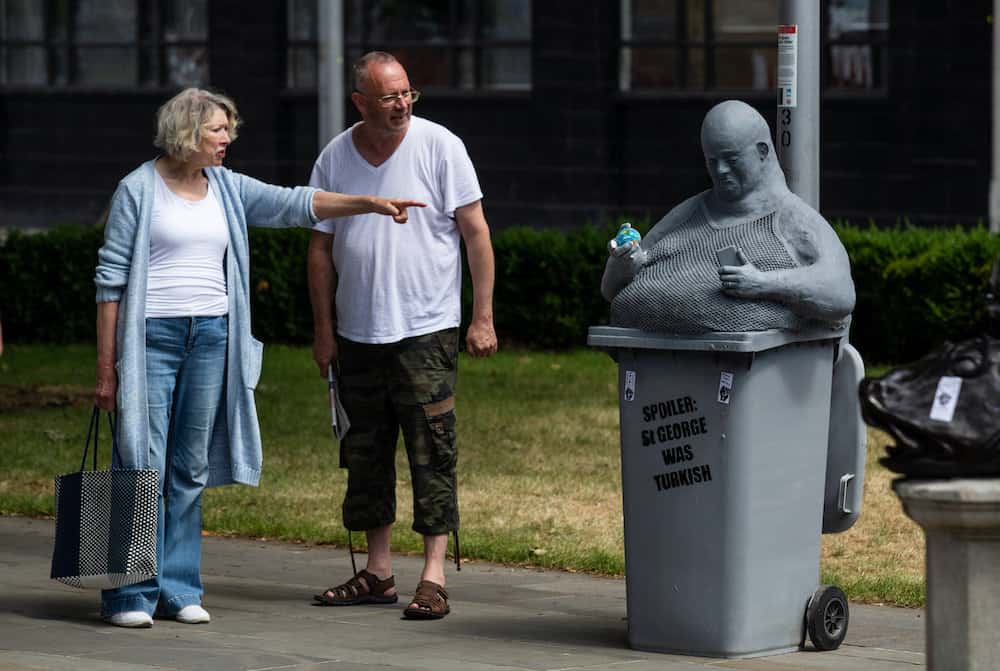 A mystery statue sporting a string vest and beer belly now looks over the site where Colston’s statue was famously toppled from its plinth in Bristol. Bristol. 15 June 2020.Credit;SWNS

A bizarre new statue has appeared next to the empty Edward Colston plinth apparently poking fun at the far right – a fat man in a string vest.

The ‘statue’ was erected in the centre of Bristol today yesterday- sporting a beer belly and a bald head.

The mystery character is rested atop a wheelie bin bearing the words: ‘SPOILER: ST GEORGE WAS TURKISH’.

He is also holding what appears to be a small globe and a mobile phone showing the St George Cross and text which reads: ‘England for the English’.

The artwork has been positioned very close to the plinth were Colston was previously fixed.

The statue of the 17th century merchant was famously toppled during recent Black Lives Matter protests.

Stickers sporting the international human rights organisation’s logo appear to have been added to the installation.

The identity of the person – or persons – behind the ‘statue’ is currently unknown.

Around 300 people gathered near the nearby Cenotaph over the weekend (Sat), with some bearing ‘All Lives Matter’ signs.