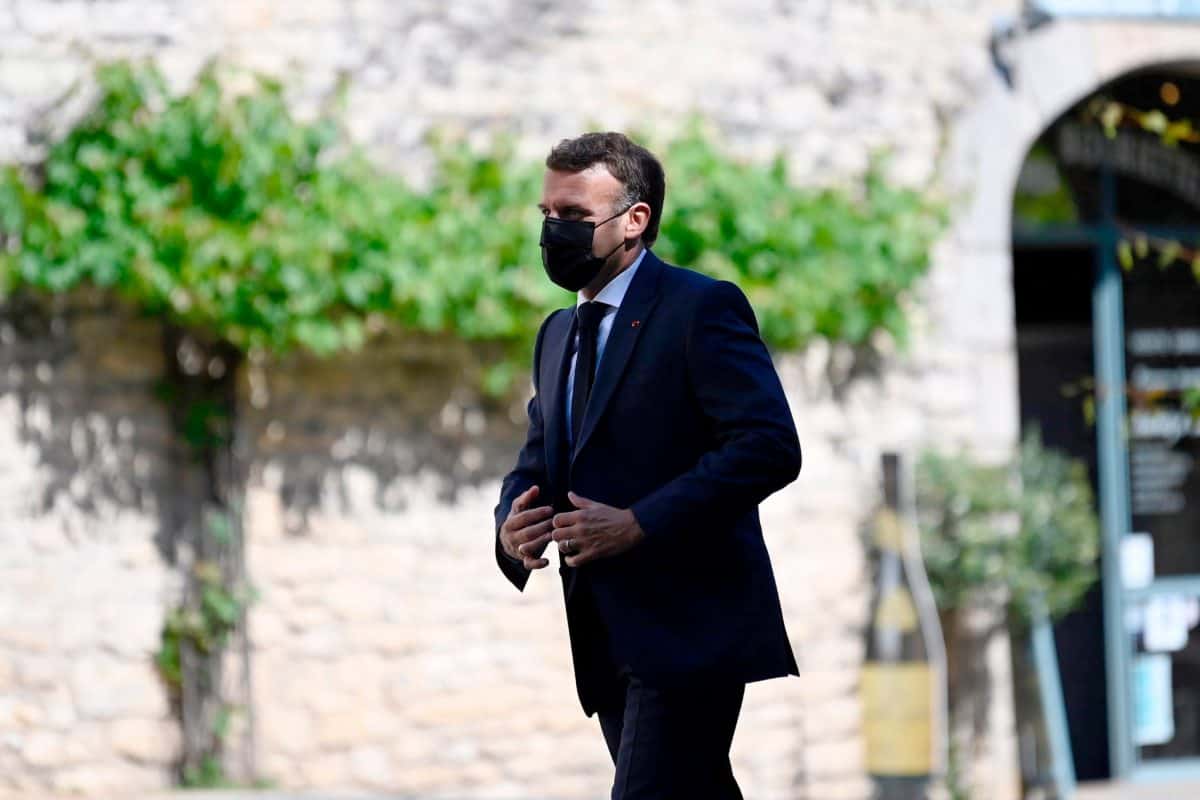 Two people have been arrested after French President Emmanuel Macron was slapped in the face by a man in Southern France.

A video clip circulating on Twitter shows a man in a green t-shirt and glasses shout “Down with Macronia” – before slapping Macron square in the face.

The French president can be seen greeting the public waiting for him behind barriers in the town of Tain-l’Hermitage after he visited a high school that is training students to work in hotels and restaurants.

Viral footage shows a man slapping Mr Macron in the face and his bodyguards pushing the man away as the French leader quickly leaves the scene.

French news broadcaster BFM TV said two people have been detained by police. Macron has not commented yet on the incident and continued his visit.

Speaking at the National Assembly, prime minister Jean Castex said “through the head of state, that’s democracy that has been targeted”, in comments prompting loud applause from politicians from all ranks, standing up in a show of support.

“Democracy is about debate, dialogue, confrontation of ideas, expression of legitimate disagreements, of course, but in no case it can be violence, verbal assault and even less physical assault,” Mr Castex said.

Visibly fuming, she said later that while Macron is her top political adversary, the assault was “deeply, deeply reprehensible”.

Less than one year before France’s next presidential election and as the country is gradually reopening its pandemic-hit economy, Macron last week started a political “tour de France,” seeking to visit French regions in the coming months to “feel the pulse of the country”.

Macron has said in an interview he wanted to engage with people in a mass consultation with the French public aimed at “turning the page” of the pandemic and preparing his possible campaign for a second term.

Village mayors and politicians have been among those targeted by physical assaults, death threats and harassment.

But France’s well-protected head of state has been spared until now, which compounded the shockwaves that rippled through French politics in the wake of the attack.

Watch the video below.

Related: ‘The Battle of the Bangers’ looms large… and Boris has history