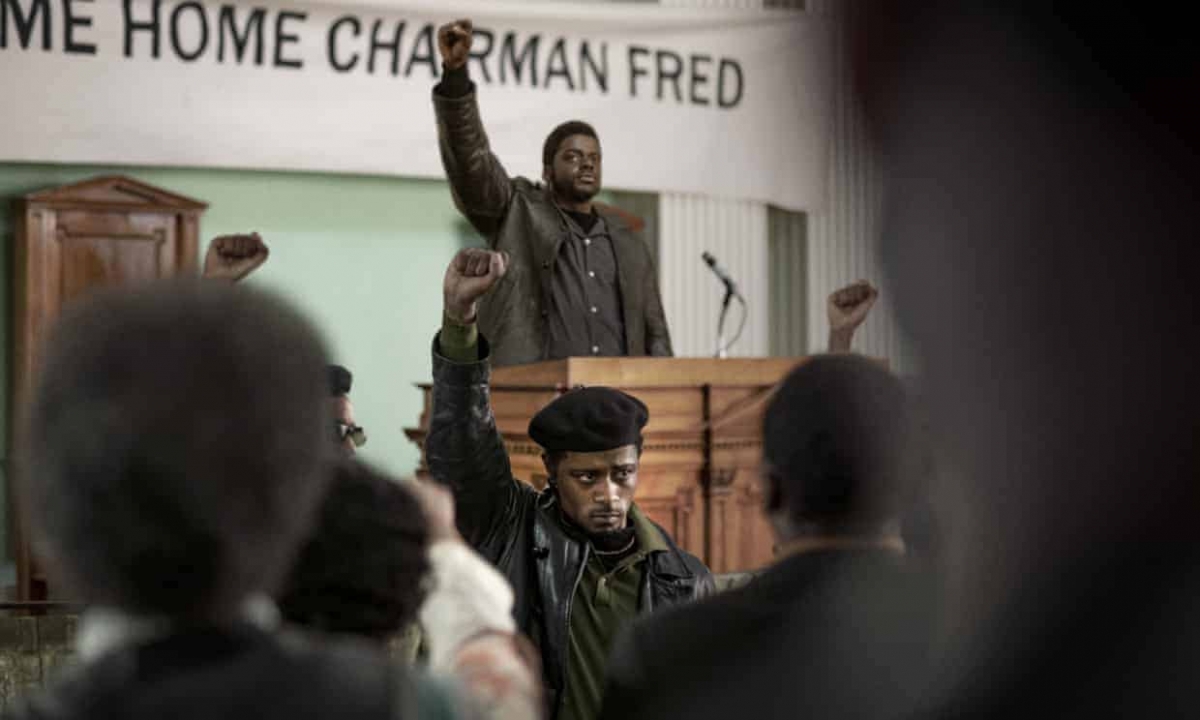 In 1968, long time FBI director J Edgar Hoover (Martin Sheen) has defined African American nationalist movement the Black Panthers as a domestic terrorist threat. Desperate to avoid charismatic Chicago chapter leader Fred Hampton (Daniel Kaluuya) uniting the movement as a ‘black messiah’, he encourages the Bureau to develop a low level crook into a confidential informant operating at the heart of the Panthers.

What develops of the course of the story is a tale of furious anger, directed with energy and panache against the unjust overlords of a system designed to keep the black man down. The FBI’s reaction to the Black Panthers ironically only serves to justify and escalate its radical nature, and every persecution leads only greater weight to Hampton’s fiery oratory.

Betraying his race for his own interests is Bill O’Neal, the ‘Judas’ played by Lakeith Stanfield who brilliantly captures the internal turmoil this causes. His is a performance matched by Jesse Plemons as his FBI handler Roy Mitchell, who sees himself as taking down an organisation comparable to the Ku Klux Klan.

While there was more narrative tightness from Aaron Sorkin’s screenplay for The Trial of the Chicago Seven, the events of which are mentioned in passing here, Judas and The Black Messiah  largely makes up for it in a series of absorbing exchanges and effective set pieces, all underlaid with a constant classic tension of a rat wondering if they’re about to walk into a trap.

This being said, a few minutes less screen time and a more effective adoption of steadily increasing threat could have been in the film’s favour. I hugely rate Dominique Fishback as an actor from her time on The Deuce, but her scenes as Hampton’s love interest stood out in particular for a certain flatness.

Regardless, not portraying O’Neal as an outright villain is a strong narrative decision, and lends greater weight to the denouement of a tortured and tragic story. Both portrayals were nominated for Best Supporting Actor for their roles, with Kaluuya winning, though both could equally as fairly been nominated for Best Actor given their amount of screen time.

Right up to an ending that disturbingly mirrors the death of Breonna Taylor, Judas and the Black Messiah is able to draw modern comparisons with the historic actions of the FBI and continually racist police forces in America, and asks of the viewer what must be done for there to ever be change.