Boris Johnson has history when it comes to waging sausage wars with Brussels. 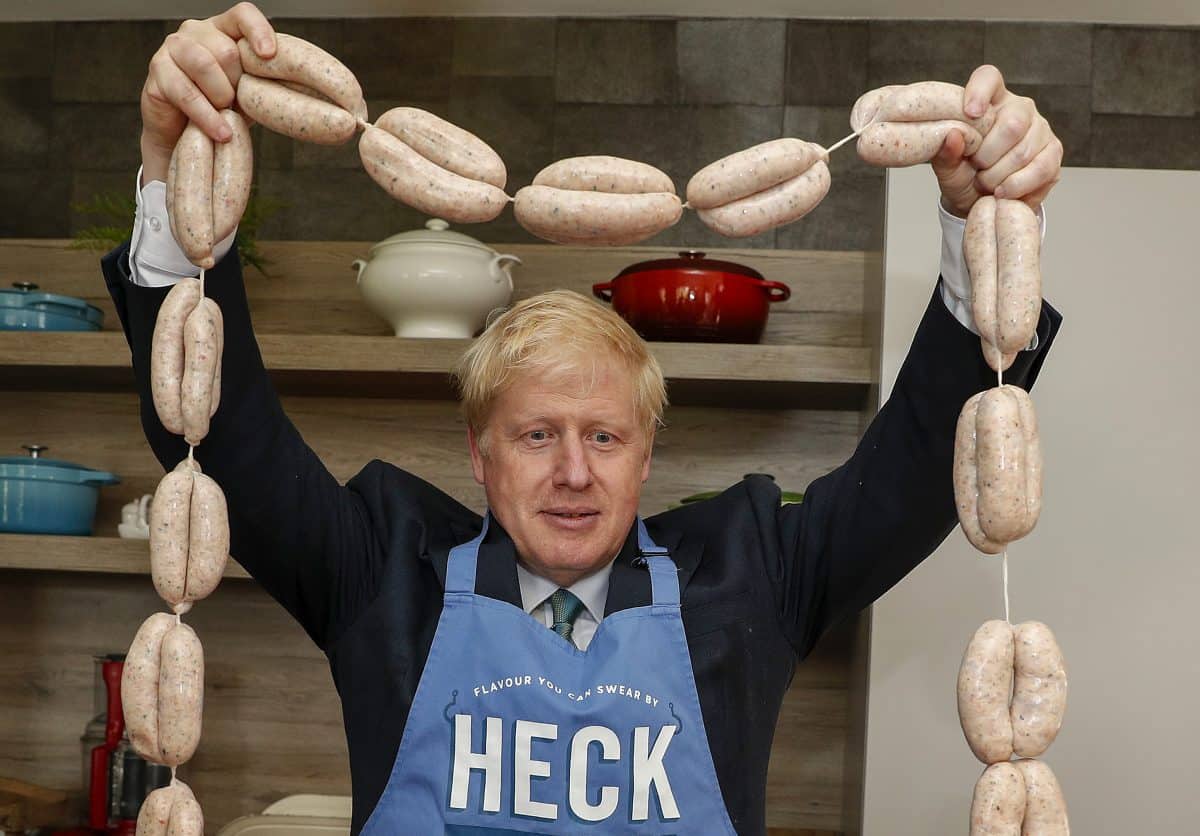 The European Union has warned Boris Johnson that it will act “swiftly and resolutely” if Boris Johnson overrides the Brexit deal to let shops in Northern Ireland sell British sausages.

But, unless there is an imminent resolution, supermarket shelves in Northern Ireland will be without British sausages, with Brussels intent on forcing the UK to abide by Johnson’s Brexit deal.

Waiting in the Daily Telegraph on Tuesday, Maros Sefcovic – the European Commission’s vice president – said the EU “will not be shy in reacting swiftly, firmly and resolutely to ensure that the UK abides by its international law obligations”.

The two sides will meet tomorrow for talks aimed at finding a solution to the current impasse. The protocol created a trade border in the Irish Sea, in order to prevent a hard border on the island of Ireland.

Speaking on BBC Radio 4’s Today programme on Tuesday, George Eustice – the agriculture minister – described the chilled meats issue as “bonkers”, as the bust-up dubbed “the Battle of the Bangers” escalates.

Lord Frost, the UK’s Brexit minister, admitted on Monday that Britain had “underestimated” the impact of the protocol on goods movements to Northern Ireland – and accused the EU of “legal purism” in an article for the Financial Times.

They are likely to find a sympathetic ear in Downing Street. According to eagle-eyed Guido Fawkes, Johnson himself warned of the “threat to British pink sausages” while serving as the Telegraph’s Europe correspondent in the 1990s.

The prime minister’s stint as Brussels correspondent for the Telegraph has seen him credited with the creation of the “euro myth”. Johnson penned a string of stories suggesting that the EU was threatening Britain’s way of life.

Alongside “Threat to pink sausages”, there were headlines like “cheese row takes the biscuit” – as well as riffs on rumoured EU regulation on bananas and condoms. His stories were reportedly enjoyed by Margaret Thatcher.

Johnson later described his role in Brussels as “chucking these rocks over the garden wall and [listening] to this amazing crash from the greenhouse next door over in England.”

Although, commentators have pointed out, Johnson’s actual writing on the EU is far less hostile to Europe than you might think. In a January 1992 article, as Tom McTague points out in a profile of the prime minister in The Atlantic, Johnson wrote that the EU’s problems were “dwarfed by the benefits” of membership.

Whether that even-handedness seeps into the prime minister’s reaction to the current Northern Ireland furore remains to be seen.