Mercenaries are said to be alarmed by how accurately Ukrainians had predicted their attempts. 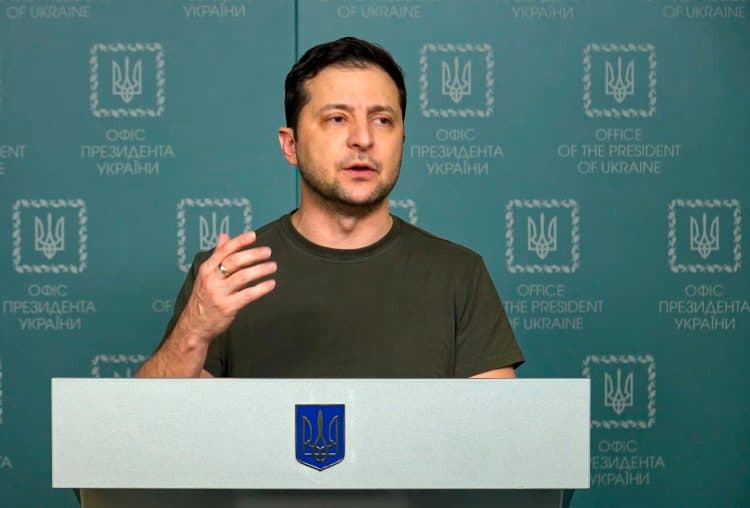 Volodymyr Zelensky has survived at least three assassination attempts in the past week, it has emerged.

According to The Times, two different outfits have been sent to kill the Ukrainian president – mercenaries of the Kremlin-backed Wagner group and Chechen special forces.

But both attempts have reportedly been thwarted by anti-war elements within Russia’s Federal Security Service (FSB).

Wagner mercenaries are said to be alarmed by how accurately Ukrainians had predicted their attempts – with a source close to the group saying it was “eerie” how well-briefed Zelensky’s security team seemed to be.

Ukrainian security officials said a group of Chechen assassins were “eliminated” on the outskirts of Kyiv on Saturday, having been intercepted before they could reach the president.

And Ukrainian officials suggested the information that led to the Chechens’ failure came from disgruntled FSB agents who oppose the invasion.

“I can say that we have received information from the FSB, who do not want to take part in this bloody war,” Oleksiy Danilov, the secretary of Ukraine’s National Security and Defence Council, said.

“And thanks to this, the Kadyrov elite group was destroyed, which came here to eliminate our president.”

The Chechen unit serves under Ramzan Kadyrov, the Chechen leader who is ultra-loyal to Vladimir Putin.

The Wagner mercenaries have reportedly been embedded in Kyiv for six weeks, tracking the activities of a 24-strong “kill list” – which they intend to act on in a matter of days.

As many as 400 mercenaries are reportedly in Kyiv alone. “It only takes one of them to get lucky and everyone goes home with a bonus,” a source told The Times.

A diplomatic source added: “They would be going in there with a very high-profile mission, something that the Russians would want to be deniable — a decapitation of a head of state is a huge mission. In terms of the impact on Russian sovereign policy, this would be perhaps their biggest mission so far. It would have a major impact on the war.

“It would not be unreasonable that Wagner were used on some form of operation to try and take out the president and do a decapitation job on the Ukrainian government as they are deniable. They have a lot more combat experience than the regular Russian Spetsnaz and they are lunatic enough to do it.

“The risks of trying to get close to the president would be very high so that they would take significant casualties even if they could pin him down.

“One mission they could do, is if they could infiltrate and take in a laser guidance system and they could locate the president and put laser target marker on him then Russian air force could bomb very quickly.”