Food and drink is handed out along with sim cards for phones, and German families step forward to offer places in their homes for the refugees. 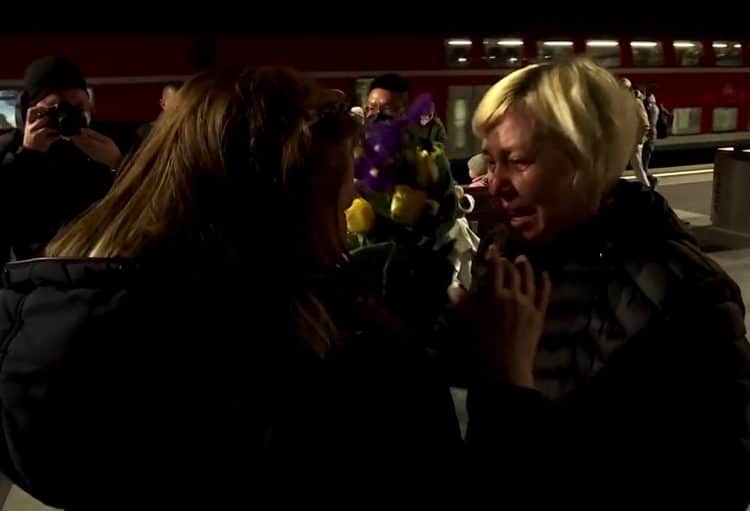 Emotional footage has appeared on social media showing thousands of Germans welcome Ukrainian refugees as they arrive by train in Berlin.

The central railway station has seen trains arrive every day from the east carrying people who have been forced out of their homes by war.

Those who want to head onwards get free train tickets to anywhere in Europe. Those who don’t, or don’t know where they should go, get directed down to a cavernous hall.

According to BBC reports, there is a huge operation to welcome them in the station.

Food and drink is handed out along with sim cards for phones, and there are medical teams, translators, volunteers and organisers to help.

And there’s a crowd, hundreds strong, of German families standing there too, offering places in their homes to the refugees.

They hold up homemade signs: “Can host two people! Short or long-term,” says one. “Big room. One-three people. Children welcome too! For as long as you want,” says another.

There’s a round of applause as a man with a megaphone asks if anyone can take 13 people – and someone steps forward.

Despite the numbers of refugees arriving, it seems there are more than enough German families to take them in.