The campaign comes as world attention is gripped by Russia’s invasion of Ukraine, which has overshadowed other humanitarian crises across the world. 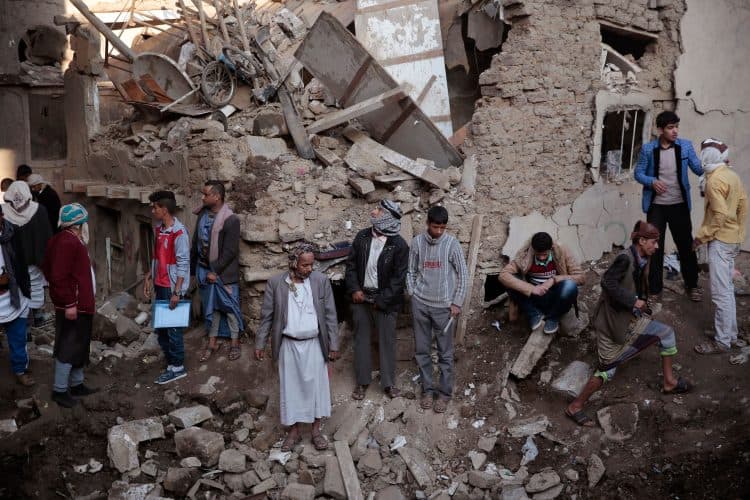 A United Nations appeal for Yemen is aiming to raise 4.27 billion US dollars (£3.3 billion) to alleviate what it describes as the world’s worst humanitarian crisis, with 161,000 people likely to experience famine there in 2022.

The virtual pledging conference on Wednesday is being co-hosted by Sweden and Switzerland.

The conference comes as world attention is gripped by the war in Ukraine, which has overshadowed other humanitarian crises across the world since the Russian invasion on February 24 – raising concerns that Yemen’s plight may be forgotten.

More than three million people have fled Ukraine, which has seen Europe’s heaviest fighting since the Second World War.

Last year’s conference raised only 1.7 billion dollars (£1.3 billion) for Yemen, out of the 3.85 billion (£2.95 billion) the UN had appealed for as the coronavirus pandemic and its devastating consequences hit economies around the globe.

Yemen’s war started in 2014 when the Iran-backed rebel Houthis seized the capital, Sanaa, and much of the country’s north.

The conflict has in recent years become a regional proxy war that has killed more than 150,000 people, including some 14,500 civilians.

The war has also created the world’s worst humanitarian crisis, leaving millions suffering from food and medical care shortages and pushing the country to the brink of famine.

The majority of Yemen’s 32 million people live in Houthi-held areas. The rebels have for years been implicated in aid theft and withholding for extortion.

UN experts earlier this year said they documented that the rebels provided or denied humanitarian aid to families “solely on the basis whether their children participated in fighting or to teachers on the basis of whether they taught the Houthi curriculum”.

The UN Office for the Co-ordination of Humanitarian Affairs (Ocha) has warned that a total of 19 million people are expected to face acute food insecurity by the second half of this year – an increase of around 20% compared with the first six months of 2021. Of those, 161,000 people are likely to experience famine, it said.

Ocha said half of the country’s health facilities have been shut down or destroyed.

The Yemeni currency, the rial, lost 57% of its value in 2021 in government-run areas, while persistent fuel shortages drove up the prices of food and other basic commodities in the Houthi-controlled north.

Ocha said 4.3 million Yemenis have been driven from their homes – around one-fifth of those displaced in 2021 were in the energy-rich province of Marib which Houthis have targeted for more than a year.