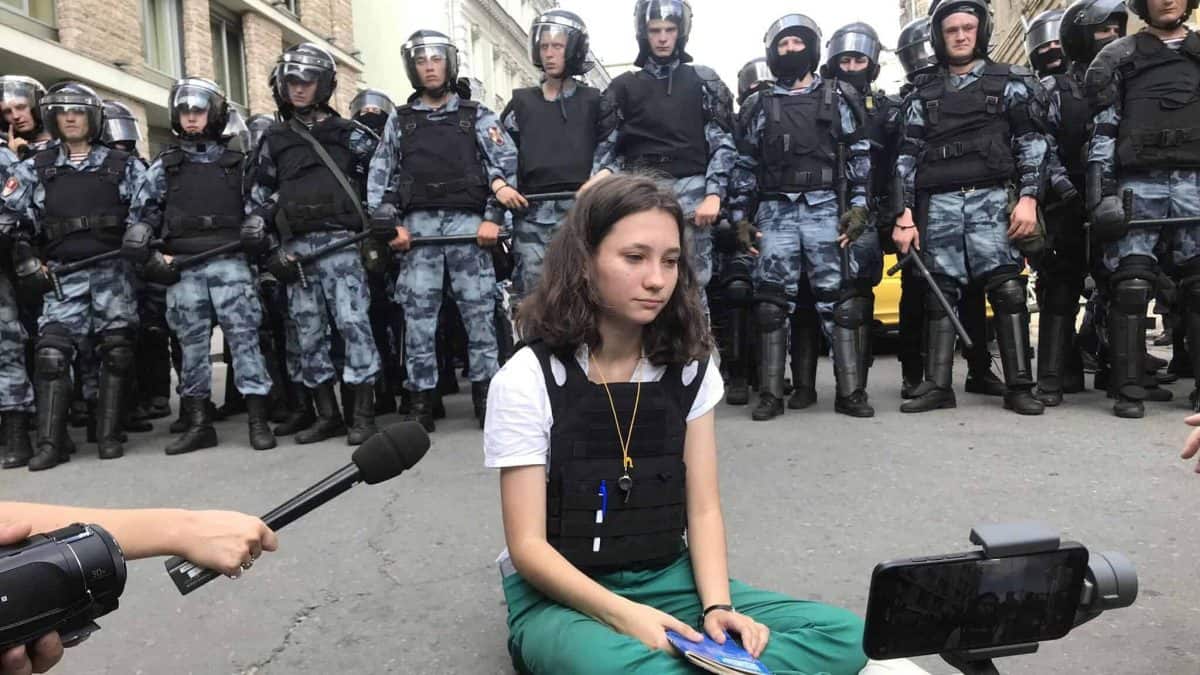 An image of a teenage girl sitting in front of riot police with the Russian constitution on her lap has gone viral – viewed by many as a metaphor for young people’s disillusionment with politics in the nation.

Olga Misik, 17, was pictured reading the document to police in Moscow during a demonstration calling for free elections, in which several people were injured.

Photographer Alexei Abanin took the picture of Olga after police, dressed in combat gear and armed with rubber batons, paused their march on protesters in the centre of the Russian capital.

“She’s just one tired girl against the police,” Mr Abanin told PA. “And the fact that she is young, and sitting in a bulletproof vest with the constitution, adds emotions.

Olga later became one of more than 1,000 arrested by police during the protests, which came after a number of anti-Vladimir Putin candidates were barred from running in September’s Moscow City Duma election.

Olga told Latvian outlet Meduza: “It is foolish to think that this is a rally only for free elections or the admission of candidates.

“This is a rally in defence of elementary constitutional rights that would not be questioned in a democratic state.”

Mr Abanin, a 30-year-old photojournalist, joined the demonstrations as a protester and photographed fellow protesters who had been bloodied by police batons.

“For about an hour we just stood there screaming some things like ‘Russia without Putin’,” Mr Abanin said.

“The youth of Russia has been struggling with the system for a long time, and is already tired. But they will still continue to protest – and eventually win.”

Mr Putin has been president of Russia since 2000 – except for 2008 to 2012, when he took the role of prime minister as he was barred from taking three consecutive terms by the constitution.

He has been accused of subverting democracy and rigging elections to maintain his grip on power.